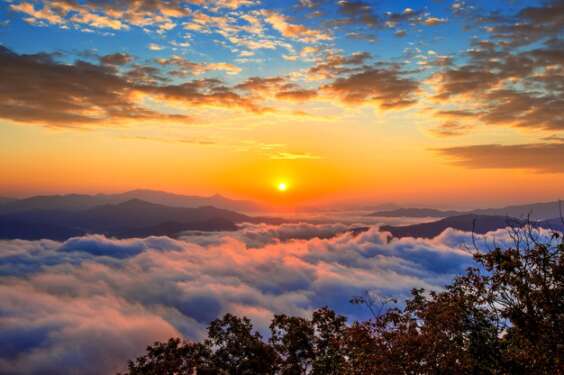 Earlier in April Tanzania and Uganda managed to strike a victory on the crude oil pipeline project that had stalled. In effect, President Hassan managed to pass another crucial item left by Magufuli’s presidency forward.

Tanzania is yet another country making a series of moves within the realms of the economy. At the moment the sixth President of Tanzania, Samia Suluhu Hassan is laying another foundation on top of the late John Magufuli presidency’s legacy, which was cut short before it took off for a major portion of its second term.

Earlier in April Tanzania and Uganda managed to strike a victory on the crude oil pipeline project that had stalled. In effect, President Hassan managed to pass another crucial item left by Magufuli’s presidency forward.

The main question is: how will her fresh presidency execute complex and fundamental issues left on the table that dictate the future prosperity of Tanzania’s economy?

At the moment President Hassan is working towards setting up the right frequency on how governance will be executed under her presidency and so far, she has already managed to set up a simple plan: transparency, efficiency of government sectors and carrying forward at the late Magufuli’s speed.

According to The Citizen April 7 publication, President Hassan has raised various concerns on investment decisions and governance. The president went further and pinned her views on why Tanzania has to change its modus operandi when it comes to investment.

“But let me tell you that investors have been complaining about bureaucratic tendencies in Tanzania. They say that no one makes prompt decisions in our government,” she said.

Investment has been a crucial element for Tanzania, since 2005 when President Jakaya Kikwete took over the helm of power and made Tanzania visible to the entire world and attracted a slew of investment options.

Further, according to the United Nations Commerce on Trade and Development (UNCTAD) 2020 World Investment Report, the FDI inflow in Tanzania reached US$1.1 billion in 2019 and showed an increase compared to the previous year ($1 billion).

Taxing has been another pinnacle of success for Tanzania as the late Magufuli established a foundation on how revenue collection is to be executed.

Paying tax was a top priority under President Magufuli’s regime; President Hassan’s method on taxing has remained the same but is targeted at taking a creative approach in enhancing the process and making it sustainable.

The president noted her disappointment on Value Added Tax (VAT) refunds being taken lightly contrary to the standard requirements.

“We should reach a point where investors coming to Tanzania know exactly where to pay taxes and secure work permits, but all they know about us is that we are unpredictable,” she said.

On the bright side, TRA managed to meet its 2020/21 fiscal year revenue collection target as its average monthly collection increased by 11 per cent in the first six months according to The Citizen January 02, 2021, publication.

TRA gathered more than $4 billion during the first six months of the current financial year which is almost 50 per cent of the set target of $8.6 billion.

Tanzania has been making strides in the extractives sector since the late Magufuli took office in 2015. The sector saw controversial changes that transformed the face of operations in the country.

President Hassan is now building on the rock solid foundation developed by her predecessor, especially when it comes to the deals set up with Barrick Gold, which produced a 16 per cent stake in mines located in several parts of Tanzania, 50 per cent of revenue and resolving the $300 million tax dispute, which is currently being repaid by the miner.

As the fourth largest gold producer in Africa, the new presidency stands to draw millions more from the industry under the current framework and possibly gain even more under the present investment climate being set up.

The country is due to witness constructive efforts in making the industry profitable for the betterment of its economy. There are a slew of opportunities that could develop, especially the establishment of gold refineries; so far in 2020 two model gold smelters have been built, and a one-stop mineral processing (gemstone cutting and polishing) and export centre has been established.

Tanzania is a great country for investment and has been working on its portfolio to make itself a competitive investment hub across the region. The late President Magufuli brought the investment sector under his office for closer supervision.  Hence, the new presidency anticipates to develop all angles related to attracting new and old-detached investors, by cutting down on bureaucratic processes and establishing clearer tax procedures that are friendly to investing parties.

Soon after the burial of the late president, Her Excellency President Hassan summoned government officials and set her plan of action straight on how to bring back the former investment aura that the country had lost.

“The truth be told; investors are closing their businesses and shifting to other neighbouring countries. They don’t trust us anymore,” she noted.

The government is setting the right blueprint that builds the environment for small and medium enterprises and improve the business climate by attracting foreign direct investments in efforts to meet the country’s industrialization aspirations, President Hassan declared on April 18 during a national conference, according to The Citizen newspaper.

Also Read: SME development in Tanzania; Why this is the engine of economic growth