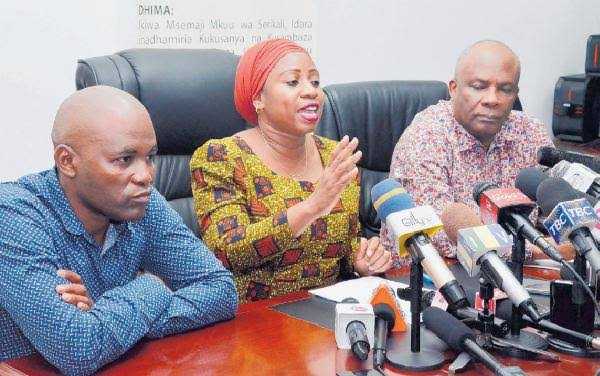 The China coronavirus outbreak which has spread in over 15 countries has taken over 170 lives, while more than 7,000 cases have been confirmed.

The Tanzanian government has taken serious precautions towards curbing the China coronavirus outbreak that has taken over 170 lives and more than 7000 new cases confirmed.

According to the Tanzanian Foreign Affairs Minister Palamagamba Kabudi, who was quoted by The Citizen, Tanzanians in China, particularly those with plans to travel abroad, have been urged to take attentive precautions related to guidelines issued by the Chinese government.

On the other hand, Tanzania’s national carrier, Air Tanzania told Reuters that it will resort to postpone its maiden flights from commercial capital Dar es Salaam to China.

The state-run carrier has been promoting and planning its charter flights to its historic development partner next month ahead of the expected launch of scheduled direct flights to the key Asia tourist hotspot.

Air Tanzania managing director Ladislaus Matindi told Reuters that, the company is taking precautions for the safety of its passengers, despite acquiring a permit to fly to China.

“We have already received a permit to begin scheduled flights to China. But we will now have to take the necessary precautions. We will decide when to launch our first flights to China after taking into consideration all the key issues to safeguard the safety of our passenger,” He said.

Tanzania has solid interactions with China, especially trade where—locals fetch products from vibrant locations primarily Guangzhou, Ministry of Health has assured citizens that precautions are set, at all contact points, particularly the airport.

“We are enhancing our checking procedures at the airport, especially checking arrivals from China. We have machines that can detect temperatures associated with the virus” Deputy Minister Faustine Ndugulile commented to a local news outlet.

In addition, Minister of Health Ummy Mwalimu told a local news outlet that, the government has already prepared three treatment stations in three regions, where international airports are situated.

Despite the outbreak, the deputy minister said that the government has not yet seen the necessity of restrict arrivals from China. However, on Monday, the Tanzanian Tourist Board (TTB) reported that the trip of 10,000 Chinese tourists destined for its attractions was suspended amidst controlling the coronavirus outbreak.

In addition, a statement from Tanzania’s embassy in Beijing noted that diplomatic officials were in close contact with Chinese authorities so as to get official updates on the situation. “The Embassy has been making regular communications with China’s authorities about the outbreak,” read a part of the statement.

The statement noted that until Tuesday 28 no information regarding a case involving Tanzanians was reported, residing in China, Mongolia, Vietnam and North Korea represented by the embassy in Beijing.

Moreover, the Embassy has encouraged Tanzanians living in China to remain calm and report to the relevant authorities when they faced challenges.

Also, the statement noted that “The Embassy has been making regular communications with China’s authorities about the outbreak,”

Can Africa contain the Wuhan Coronavirus?