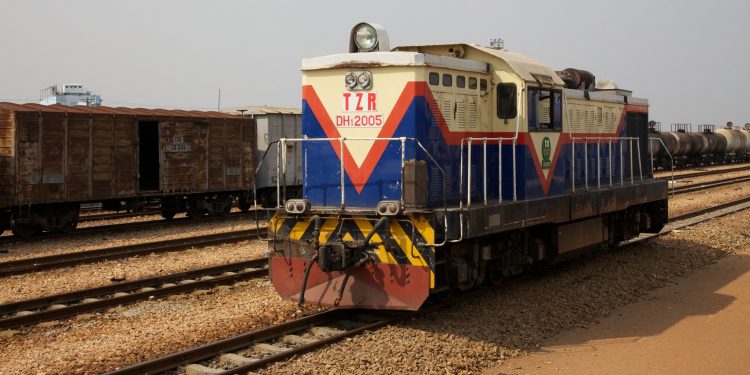 Tanzania's use of trains instead of road transport serves to reduce costs, save roads from damage and conserve the environment.

While its Standard Gauge Railway project is commencing at the speed of light to give Tanzania its first electric powered train, the country is also making efforts to revive its once closed internal railway line for locomotives.

New locomotives were bought and engines imported, the train quickly became a national hit and immediately eased the pressure that was on road transport. Government officials led the excited public in trying out the train that has first, second and third class levels offering all te amenities that a traveler would need.

The revival of freight operations on the 438 km rail stretch was marked by a ceremony that was attended by Prime Minister Kassim Majaliwa at the destination of the train in Moshi.

Even the region’s pop star Diamond Platnumz arranged and performed a ‘road’ concert on a train from Dar es Salaam to Kigoma. The railway transport system was not only brought back to life, it was also popularized.

This was not small task, after all the Tanga – Moshi line had been out of use for over a decade. Now with its revival, the railway line serves to provide reliable freight transport between the port of Tanga and the northern regions of Kilimanjaro, Arusha and Manyara, local media quoted the PM.

“The government hopes this will stimulate agricultural development and local industries as well as tourism,” the Prime Minister told Parliament last year.

The ability of railway lines to ease congestions on the roads is immense and a country that can muster its use then opens up trade multifold.

Take for instance the Tanga-Moshi railway line,  it first commercial cargo was 800 tonnes of cement which was the equivalent of 30 lorry loads. Now imagine the amount of traffic that 30 trucks would cause on already congested roads, not to mention the amount of air pollution.

Tanzania’s use of trains instead of road transport serves to reduce costs, save roads from damage and conserve the environment. The above-mentioned railway line is said to cut down the cost of moving bulk freight by up to 40%, which is almost half the usual cost.

In the bigger picture of things, this means that railway transport helps to cut cost of living for the entire nation. This is so because by reducing the transport cost, then traders of the delivered goods can also afford to reduce the prices of their final products which means then the consumer, the final buyer can also save some money because the goods would be sold at a lower price.

In economic terms, use of railway lines promotes national development by reducing transportation costs many folds. In many cases, the cost of transport is high due to the related expenses of using road transport like congestions on the roads.

If cargo cannot be moved quickly on the roads, then the back log goes all the way to the ports of entry. Increased cargo time at the ports means increased storage expenses and this trickles down the final cost of a product to a consumer.

So by, using railway lines instead of road transport a country can low the general cost of living. Further still, railway lines allow for bulk cargo transportation. This means that raw material can easily and affordably be transported from one site to a factory or production zone many kilometers away.

All along a railway line, you find small and large businesses mushrooming. Even small cities develop and at junction areas large metropolises developed. In fact, we owe most of our modern cities to the railway line.

In recognition of these economic wheels, Tanzania is gearing up to revive yet another railway line this time the Dar es Salaam-Moshi-Arusha. Notice, this is the same line we mentioned above only now it has been extended all the way to the tourist hub of Arusha.

This last stretch is scheduled to be launched by the country’s president John Magufuli in the coming few months, probably before the October general elections. This final stretch has been out of service for over 30 years and begs for executive recognition in its re-launch.

The announcement of the launch was made recently by the Kilimanjaro Regional Commissioner (RC), Ms Anna Mghwira.

“It is the President, who initiated the resumption of this important service. May I take this opportunity to inform you that it is him (President) who is coming to officiate the launching of the passenger train services, which is one of the great achievements of the fifth phase government,” she told local media.

With the revival of internal railway systems in Tanzania marks a new step towards meeting the country’s ambitious industrialization plans. Already the country is five years ahead of time having achieved middle-income status this year, ahead of the 2025 prediction. The railway lines are expected to further speed up the country’s development agenda.