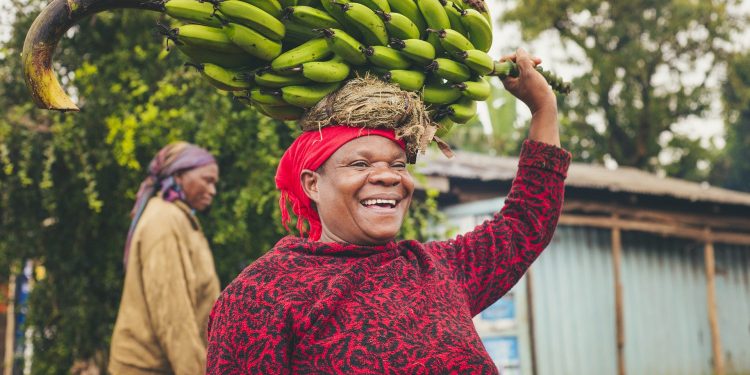 Agriculture is one of Tanzania's vibrant section of the economy: Pixabay: Exchange

In the reporting period, real gross domestic product grew by 5.7 per cent which is slower than 6.3 per cent in the corresponding quarter in 2019.

The Q2 report for the period ending June 2020 recorded satisfactory performance in a few sectors despite the coronavirus grip.

In the reporting period, real gross domestic product grew by 5.7 per cent which is slower than 6.3 per cent in the corresponding quarter in 2019.  In the same period, Tanzania attained a lower-middle–income status as categorized by the World Bank.

According to the central bank’s bulletin, construction, agriculture, transport and storage, mining and quarrying sectors all together were accountable for the 60 per cent mark on growth.

As Tanzania keeps its mast strong amid fears of the virus, the BoT bulletin depicts inflation was sustained, while monetary policies and enhanced liquidity were responsible for cushioning the financial sector from COVID-19 impact.

In Q2 2020, headline inflation stood at an average mark of 3.2 per cent which is lower than the 3.5 per cent recorded in the corresponding quarter in 2019. However, inflation in food and non-alcoholic beverages stood at 4.2 per cent compared to 1.8 per cent in the previous year—the bulletin attributed this to an increase in price for beans, rice sorghum, and potatoes.

Production of gold and diamonds

As Tanzania reinvented itself in the extractives industry, gold and diamond production is yet further promising. According to the bulletin, gold and diamond worth $441.2 million were produced by large-scale miners in the quarter ending December 2019, 7.8 per cent higher than the amount recorded in the corresponding quarter in 2018. The value of gold produced during the quarter increased by 11.8 per cent, year-on-year, to $432.2 million due to higher price in the world market.

Due to the fall in global oil prices triggered by the pandemic, domestic pump prices of petroleum products fell during the quarter ending June 2020 than average prices in Q1 2020 and corresponding quarter in 2019, according to the central bank.

Volume of sisal, tea and tobacco during the quarter ending June 2020 was lower than that of the corresponding quarter in 2019, while that of coffee increased the report stated.

This decline was somewhat associated with the domino-effect of unpredictable climatic factors (frost in particular) which scaled down on processing factories following the pandemic outbreak and farmers failed to transport produce due to poor roads infrastructure.

Sisal faced a decline in volume due to unhealthy global demand caused by the virus on many economies worldwide.

As a precautionary measure in view of the pandemic, Tanzania’s central bank took deliberate measures to cushion the economy.

During the quarter ending June 2020, the Bank of Tanzania sustained implementation of accommodative monetary policy and enhanced liquidity easing measures to cushion the financial sector and the economy from the negative impact of COVID-19 pandemic. As a result, extended broad money supply (M3) grew at an annual rate of 9.5 per cent in June 2020, higher than 7.7 per cent in June 2019 according to the bulletin.

The growth of money supply emanated from the net foreign increase of the banking system and positive growth of credit to the private sector.

According to the bulletin, the domestic financial markets stayed healthy with an adequate level of shilling liquidity during the quarter ending June 2020.

Hence, this angle was well covered by the central bank after implementing accommodative monetary policy measures with additional liquidity easing measures to combat the COVID-19 impact.

During the reporting period, the government resource packet which incorporated revenue and grants collected nearly $2.1 billion and expenditure topped at around $2.3 billion.

Certain sectors of the economy particularly tourism and trade were hurting from the effects of the lockdown. Nonetheless revenue collection remained promising, despite consumption taxes being impacted; the government continued to enhance revenue collection efforts and expenditure management.

The value of imports during Q2 2020 stood at nearly $1.5 billion according to the Central Bank.

Tanzania has the potential to levitate to a high middle-income nation under its current growth trajectory, which maximizes revenue collection, utilizing funds for development projects and stringent fiscal policies.