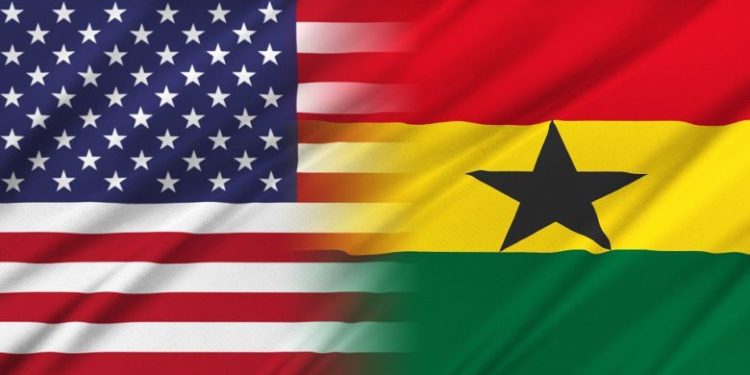 by Joseph Kangethe
in Countries, Ghana
0

Every day, it is becoming evident that the West is competing to gain as much influence in Africa as possible, to control the continent’s rich raw materials.

China, for the better part of the last decade and well into this one, has enjoyed almost unfettered access which has largely transformed Africa’s infrastructural landscape. But things are heating up and the competition is working in favour of African nations as there have been developing projects borne of these supremacy squabbles.

Why the United States is investing in Africa

President Joe Biden and his VP Kamala Harris are not oblivious to the goings-on in Africa, especially in the wake of the Russia-Ukraine crisis. Russia is much further ahead in Africa in terms of acceptability than the US is-especially with the history of Muammar Gaddafi’s deposition and his subsequent killing by the US and its allies.

In this reality, the Biden-Harris government has set both feet in Africa as they explore ways to expand trade and tap into investment opportunities in Africa.

The United States, the second-biggest trader with Ghana after China, has been strengthening its relations with West Africa specifically, and among the countries that they have fancied is the fastest growing economy in the region.

Ghana has been building concrete relationships with the United States. Among the agreements is the American Growth and Opportunity Act.

Ghana has exported US$131 million worth of yams to the US since 2012, avoiding a standard import duty of 6.4 per cent under AGOA. Cocoa exported to the US has amounted to US$2.5 billion over the last two decades.

Miss Rosa Whitaker, the President and the CEO of the Whitaker Group (TWG), is significant to the success of AGOA in Africa, facilitating the export of over 9,000 agricultural and manufactured goods to the United States.

Whitaker advocates for African countries to research what the US market is demanding and be alert to new opportunities. She pointed out the success of Ghana’s cocoa in the United States, saying that the processed cocoa powder manufactured at the US$100 million Cargill plant is now being offered to global food manufacturers under a made-in-Ghana label.

As the current co-chairperson of the AGOA Action Committee, Whitaker is championing for the Act to be made permanent in Africa. AGOA trade preferences are still available to Ghana until 2025.

What does Ghana export to and import from the United States?

The imports to Ghana from the US are reducing, and the import-exports graph is becoming more balanced, indicating the sensitization by President Akufo Addo toward a more self-sufficient country.

President Akufo-Addo has invested in maintaining a good trade relationship between Ghana and the US. This has encouraged American firms to invest in Ghana’s offshore mining deals.

The former President of Ghana, John Kufuor, was also keen on this, creating a good environment for the American private sector to thrive during his reign. His main accomplishment was building bridges that had been broken by the previous administrations, handing over power to the incumbent to make substantial steps with the United States.

In October last year, a Unites states firm, Occidental, agreed to part its interests in two Ghanaian offshore fields, Jubilee and TEN fields. For US$750 million, the sale of interests to Kosmos Energy (another US firm) and to the Ghana National Petroleum Corporation (GNPC) was expected to close in the first quarter of 2021.

The two oil fields produced over 22 thousand barrels of oil equivalent per day during the second quarter of 2021. The deal between Occidental and Kosmos energy has already closed for US$550 million.

Andrew Inglis, the chairman and CEO of Kosmos Energy, said that they expect the additional Ghana interests to generate over US$1 billion of incremental free cash flow by the end of 2026.

On the flip side, Occidental’s sale of stakes in the Jubilee and TEN fields to GNPC is up for consideration, and the deal worth US$200 million is anticipated to close in the fourth quarter of 2022.

The trade relations between Ghana and the US officially began in 1957, immediately after Ghana gained independence.

One concrete binding between the two nations is education. Thousands of Ghanaians have gone to the US to get an education. In the 2020- 2021 academic year, 4,229 students enrolled in universities and colleges in the United States.

37 United States companies have made new investments in Ghana since President Akufo took power. In 2021, the two countries signed 79 new trade or investment trade deals equivalent to about US$800 million.

Ghana and the US share the same sentiments to address regional and international security issues around terrorism, human trafficking, jihadism and local conflicts. The militaries of both armies have trained together on Ghanaian soil to help increase the effectiveness of both troops.

With the “Ghana Beyond Aid” initiative, a programme that visualizes the shift in mindset, attitudes and behaviours to reduce Ghana’s overdependence on foreign assistance, USAID plans to implement the vision with three-point development objectives:

The US Millennium Challenge Compact (MCC), which began operation in Ghana in 2016, has invested over US$ 500 million to transform the energy sector and stimulate private investment and foreign direct investment.

Ghana has experienced substantial infrastructural growth, but the electricity output remains relatively inadequate to sustain the new development. The total installed capacity of power output in Ghana is 5,134 Megawatts.

Before MCC began operation, Ghana used to experience electricity supply challenges that would cost the nation an average of US$2.1 million in production losses daily.

One of the men behind Ghana’s improved trade story is Ken Offori-Atta, the current minister of Finance and Economic Planning in the country. He took the position in 2015 when Ghana direly needed a US$918 million International Monetary Fund bailout due to account and budget deficits, incessant inflation and a depreciating currency.

In 2019, under the financial management of Ofori-Atta, Ghana exited the IMF’s extended credit facility arrangement as its economy rose to near self-sufficiency.

President Akufo-Addo spoke about the debt situation in the country, saying, “In the 62 years of our independence, this was the 16th IMF bailout programme that the nation had gone into. Let it be the last time that we would resort to an IMF programme.”

Ghana is now the fastest growing economy in West Africa, with the 2021-2022 IMF report ranking the country as the ninth richest nation in Africa, with a GDP of US$67 billion. The World Bank named Offori-Atta the “Africa Finance Minister of the year- 2018” and appointed him chairman of the World Bank’s development committee.

Ofori-Atta has attributed the success of Ghana’s economy to President Akufo-Addo’s fight against corruption. Ghana’s economy is projected to remain relatively strong over the medium term due to increased exports to countries like the United States and China and the vibrant domestic market.

The World Bank projects economic growth to hit 5.5 per cent in 2022, led by agriculture, mining and the manufacturing industries. The government has set out an enthusiastic consolidation plan as it targets to raise the revenue from 16 per cent in 2021 to 20 per cent this year.

Ghana’s exports to the United States will take an upsurge in 2020, the World bank says.

Nigeria's race to replace Buhari. Who and what next?