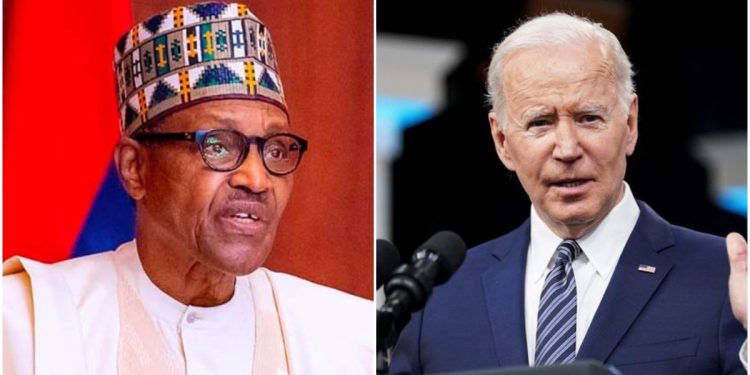 Nigeria is currently the United States' 54th largest goods trading partner, with US$7.8 billion in total (two way) goods trade as of 2019

by Wanjiku Njugunah
in Countries
0

The centre also reveals that goods exports totalled US$3.2 billion while goods imports totalled US$4.6 billion during the year under preview. The U.S. goods trade deficit with Nigeria was US$1.4 billion in 2019.

Exports between Nigeria and the United States

The top export categories in 2019 were: vehicles at US$938 million, cereals, especially wheat, at US$494million), machinery at US$479million, mineral fuels at US$287 million, and plastics at US$189 million.

U.S. total exports of agricultural products to Nigeria totalled US$608 million in 2019.

Leading services exports from the U.S. to Nigeria were in the travel, transport, technical and other services sectors.

Imports between Nigeria and the United States

According to the office of trade, Nigeria was the United States’ 51st largest supplier of goods imports in 2019.

The top import categories were mineral fuels at US$4.4 billion, special other (returns) at US$80 million, oil seeds and oleaginous fruits (plants) at US$15 million, fertilisers at US$11 million, and cocoa at US$10 million.

Leading services imports from Nigeria to the U.S. were in the travel, research and development, and transport sectors.

Meanwhile, Nigeria’s FDI in the United States was US$105 million in 2019, up 29.6% from 2018. Sales of services in Nigeria by most US-owned affiliates were US$921 million in 2017, while sales of services in the United States by the majority of Nigeria-owned firms were US$5 million. “The United States is the largest foreign investor in Nigeria, with U.S. foreign direct investment concentrated largely in the petroleum/mining and wholesale trade sectors,” the U.S. government said. Nigeria is the second-largest US export destination in Sub-Saharan Africa.

The two countries have a bilateral commercial investment dialogue, led by the Department of Commerce, and was last convened at the ministerial level in February 2020.

How Foreign Countries Can Trade And Invest In Africa

A survey conducted by PwC in Nigeria in 2016 found that Nigeria typically ranks towards the bottom end in international comparisons of the business environment.

PwC observed that in the Ease of doing business ranking from the World Bank, Nigeria is the third-worst amongst countries with over 50 million, only ahead of Bangladesh and the Democratic Republic of Congo.

“A widespread culture of corruption is regarded as the root cause of the many constraints to doing business in Nigeria,” PwC noted.

“Businesses can expect to lose up to 12% of sales to power outages, twice as much as in Kenya, through reliance on expensive alternative-diesel aggregates.”

The survey further noted that transport and logistics are difficult, with road and rail density being a fifth of India’s.

The speed of the internet, at 3kb/s per user, is 50 times slower than in South Africa, limiting the amount of communication online and the potential of the digital economy.

“Businesses also need to account for expensive and scarce financing (trade and working capital), lack of skilled labour, security concerns and a culture of corruption.

“Access to foreign currency and credit has been severely restricted over the past two years (2014-2015) associated with falling oil revenues.”

The survey further found that only every second Nigerian adult is literate on average compared to 92% and 90%in Indonesia and South Africa, respectively.

While security concerns exist mainly in the north and the oil-rich regions, taking additional security precautions in all of Nigeria is part of everyday life.
Read: How Africa can reignite industrialisation using technology
Tags: FeaturedInvesting in NigeriapremiumUS and Nigeria trade relationsUS investments in Africa