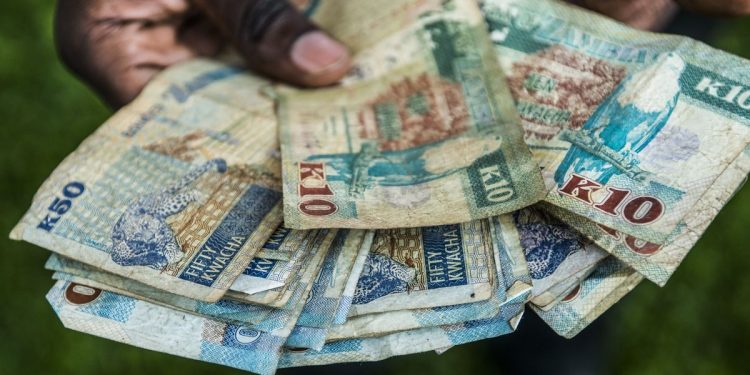 Since the election of Hakainde Hichilema as president in August 2021, the Zambian Kwacha continues to perform well on the back of favourable political sentiment, says Bank of Zambia officials.

“Following the general elections on August 12, the Kwacha gained 30% against the dollar to hit K15.89 ($0.93),” Besnat Mwanza, the director of communications at the Bank of Zambia (BOZ) told The Africa Report published on June 3, 2022.

Chief Government Spokesperson Chushi Kasanda said in a statement published by ZNBC News on July 1, 2022, that the Zambian Kwacha is the second-best performing currency after the Russian rubble owing to it gaining by over 30 per cent against the dollar in the last nine months.

Kasanda who is also Information and Media Minister says the economic growth is premised on the UPND Government’s sound economic policies which are being marshalled by President Hakainde Hichilema.

She also said citizens will witness cheaper prices in all sectors of the economy once the growth is sustained.

According to an article by Zimbabwe Independent dated July 8, 2022, profit-after-tax at Victoria Falls Stock Exchange-listed seed producer, Seed Co International, slid by 36% to US$7,1 million during the year ended March 31, 2022, as margins came under pressure from reduced economies of scale and a stronger Zambian kwacha.

“The group net profit reduced markedly because of volume decline and pressure on margins. Revenue was flat, albeit on reduced sales volume, helped mainly by the strengthening of the Zambian kwacha against the United States dollar and business growth in Mozambique. Volume uptake was impacted by bad weather and reduced government subsidy support in Malawi,” said company secretary Eric Kalaote.

According to an article by Africa News dated July 26, 2021, Zambia is the leading copper producer in Africa and its currency largely depends on global copper prices. While Africa’s leading gold producer, South Africa, heavily relies on the commodity to boost its economy.

Zambia is Africa’s largest copper producer, which is one of the reasons it has one of the strongest currencies on the continent. The country possesses abundant natural resources, and because copper is the most prevalent metal, copper mining is carried out on a massive scale. This provides Zambia with a significant rise in foreign currency earnings from the sale of metals to other countries.

Bscholarly notes that the value of a currency is significant because it determines the economic performance of a country. This has a direct impact on a currency’s demand on the global market. Exchange rates compare one currency to another and provide an overview of a currency’s strength in the global marketplace. According to financial analysts, factors like interest rates, economic policies, and stability determine the strength of any currency.

Mining liberalization, a debt restructuring programme following default on debt repayments in 2020, and high commodity prices have also had a positive impact on the performance of the local currency.

A clear example of Zambia’s positive business upturn is that revenue from the country’s exports increased by 14.2% to $5.9bn in 2021. According to the Bank of Zambia, copper contributed $4.4bn to total earnings that year. In another drive to boost exports, local mining company First Quantum announced a $1.25bn expansion of the Kansanshi Copper mine.

According to an article by Fitch Ratings dated April 5, 2022, In December 2021, the Zambian government reached a staff-level agreement on an IMF programme, which cleared the way for the convening of an official bilateral creditor committee to discuss potential debt treatments. The affirmation of Zambia’s ‘CCC’ LTLC IDR reflects that the government continues to service its local-currency debt.

Zambia has secured a staff-level agreement with the IMF on a USD1.4 billion Extended Credit Facility (ECF) and has conducted an IMF/World Bank Debt Sustainability Analysis (DSA). The DSA will be the basis of discussions within the creditor committee. The outcome of the creditor committee will be enshrined in a memo of understanding (MOU) outlining a proposed debt treatment. Zambia will then approach its private creditors to negotiate debt treatment on comparable terms.

Furthermore, the ‘CCC’ rating reflects that the government has continued to service its local-currency debt and has not announced any plans to restructure domestic debt as part of the CF. Domestic banks and other institutions hold the majority of outstanding domestic debt; although the stock of non-resident investment increased in 2020 and 2021 and is now 28% of the total. A domestic debt restructuring could create additional liabilities to the government, making it counterproductive. However, the domestic debt stock is large at ZMW197 billion (48% of GDP). The size of the necessary overall debt treatment, as well as the size of the necessary fiscal adjustment, means that sizable risks to domestic debt will persist.

Lastly, Zambia has an ESG Relevance Score (RS) of ‘5’ for both Political Stability and Rights and for the Rule of Law, Institutional and Regulatory Quality, and Control of Corruption. These scores reflect the high weight that the World Bank Governance Indicators (WBGI) have in our proprietary Sovereign Rating Model. Zambia has a medium WBGI ranking at 38 reflecting a recent track record of peaceful political transitions, a moderate level of rights for participation in the political process, moderate institutional capacity, an established rule of law, and a moderate level of corruption.

Read: Copper gives Zambian Kwacha’s muscle against the US Dollar