Copper gives Zambian Kwacha’s muscle against the US Dollar

Investors are banking on the possibility of the new government securing a bailout agreement with the IMF on debt restructuring negotiations.

by Joseph Kangethe
in Industry and Trade, Zambia
0 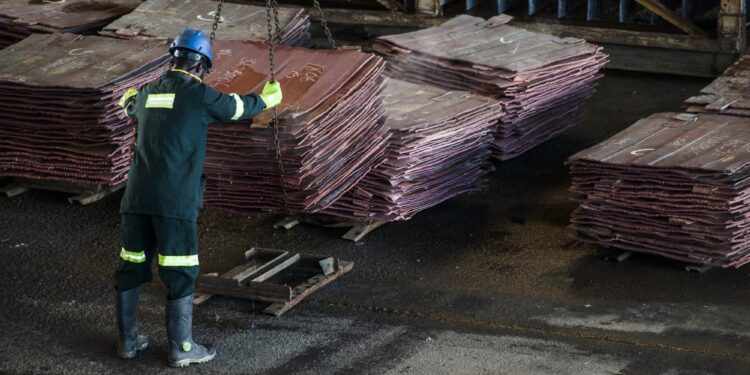 Copper plates in Zambia. Copper has given the Zambian Kwacha more strength against the dollar. [Photo/Bloomberg]

Zambia’s currency, the Kwacha, has recorded its highest value since 2005. It had gained 27 per cent against the US dollar by the end of 2021.

Its success has been linked to the optimistic and entrepreneurial approach of President Hakainde Hichilema’s government, which was elected to office in August this year.

Investors are banking on the possibility of the new government securing a bailout agreement with the International Monetary Fund on debt restructuring negotiations.

This year has seen the currency’s best annual performance since 2005, ranking second after the Seychelles rupee. A dollar is trading at 16.67 Kwacha and 13.35 Seychelles rupees as of December 31. Both countries were among the three worst performers in 2020.

This has fueled speculation from corporate participants and currency retail traders on when exactly to exit foreign currency risks for dollar hoarders or whether to buy the Kwacha as a safer haven store for value.

President Hichilema’s government is in the process of reworking as much as $17 billion in external public debt. He has submitted an endorsement request to the IMF as his administration advances talks with creditors from US$3 billion in Eurobond holders to US$5.8 billion owed to the Republic of China.

“We plan to conclude the negotiations by the middle of 2022,” says the Finance and National Planning Minister, Situmbeko Musokotwane.

Last year, Zambia became the first sovereign defaulter on the continent during the Covid-19 era and has not serviced most of its dollar debt since.

The Kwacha has been kept afloat by increased prices for metals and agricultural exports (maize wheat and soya beans). The mining sector might sustain the advancement of the Zambian Kwacha against the dollar. Copper accounts for more than 70 per cent of the country’s exports. The metal had increased the 2021 trade surplus to 73.4 billion kwacha (US$4.4 billion) as of November 2021, a 76 per cent increase over the previous year.

Zambia is Africa’s second-largest producer of copper, after the Democratic Republic of Congo (DRC). It is the third most widely used metal in the world.

Experts say that investment in the country’s mining sector has the explosive potential to accelerate the growth of the economy of the state and value the Zambian Kwacha.

The global consensus is that the copper market will remain robust in the coming decade because it has become essential in manufacturing and in new green technologies such as electric vehicles.

President of the Zambia Chamber of Mines, Dr. Godwin Beene, made an announcement that mineral royalty taxes will become a deductible expense, which serves as a green light that Zambia is once again ready to welcome local and foreign investors in the mining sector.

Copper has remained the pinnacle of the country’s economic development. According to Mining.com, Zambia produced 882,061 metric tonnes of copper in 2020, compared to 796,430 tonnes produced in 2019.

Dr. Musokotwane has rationalised the mining tax regime to attract investment and boost production in the country. This is aimed at balancing the state’s benefits from having the resource with rewarding mining investors.

Mines Minister, Paul Kabuswe, announced that the Mopani copper mine was poised to record a US$52 million profit at the end of the 2021 financial year.

Charles Sakanya, CEO at Mopani Copper Mine, said that the future for copper mining at the site was still bright as there were still ore reserves accounting for 129 million tonnes in Nkana and 23 million tonnes in Mufulira.

Sakanya disclosed that the company will pay royalty amounting to US$41 million at the end of the year.