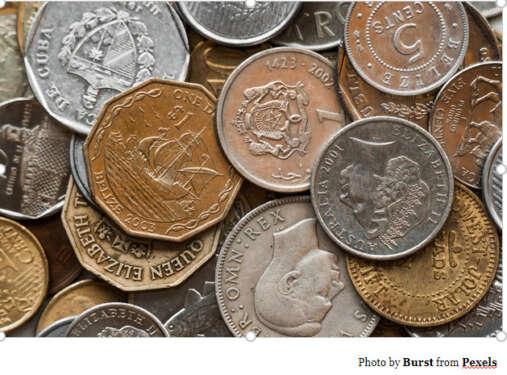 by Alex
in Africa
0
Share on FacebookShare on LinkedIn
For a while now countries all over the globe are still trying to recover from the impact that COVID-19 has left behind, some of which are managing to do so effectively while others are still struggling.

There are still a number of countries around the globe that are still feeling the effects of the pandemic, one of which includes Zambia, an African country that took a massive hit from the outbreak and does not seem to be improving. Although the country is going through a rough time post COVID-19 right now, it was already struggling before due to its being in massive debt. Having borrowed $12bn from international creditors, it has now become the latest country to default on its debts, after talks with its creditors hit an impasse.

Zambia, in the north of Southern Africa and home to about 18 million people, has built its development over an abundance of natural, mainly mineral, resources. The country ranks as Africa’s second and the world’s tenth largest copper producer. In addition to being a copper goldmine, the country has a wealth of water resources too, which it exploits to generate over 80% of the country’s electricity as hydropower. Although the Zambian economy now rests largely on the tertiary sector, it still remains vulnerable to shocks that affect its traditional sectors.

In addition to borrowing $12bn from international creditors, the country has gone on to borrow more than $3bn from Chinese lenders for development of its infrastructures in the health and   transport sectors. From taking a look at the country today we can see improvements in the health sector, hospitals and clinics are being built all around the country where none were present before. We can also see the development in the transport sector as construction of roads all around the country is being done. An example is the Kabwe and Kafue roundabout flyover bridge construction and the two other flyover roads along the great east road at Arcades-Eastpark roundabout.

It is evident where all the money the country is incurring debt for is going, but is getting into a serious debt crisis the way to get these developments done?

The opacity of these debts and disagreements over how to treat them has made tackling the crisis fiendishly complicated. Bondholders do not want to take a reduction on their investments while Beijing-based lenders escape untouched. Chinese creditors do not want to take any debt relief to rescue hedge funds in Mayfair or Connecticut.

Zambia thus turned to the International Monetary Fund (IMF) for aid but it was not granted to them, because in order to agree to the country’s economic rescue programme the IMF would need to be assured that Zambia’s debts are sustainable. This dilemma led the country to missing a bond payment in late October, and now Zambia finds itself in financial hustle. However, this is not a unique situation.

Over recent years China has lent money to many developing countries which has proven to be helpful to several of these countries, but yet China has declined to join the Paris Club. The Paris Club is a group of officials from major creditor countries whose role is to find co-ordinated and sustainable solutions to the payment difficulties experienced by debtor countries.

In addition to not joining the Paris Club, many Chinese loans have been extended by state-owned financial institutions which have made it harder to judge whether they should be considered to be bilateral or commercial loans. In this case Zambia is going to be a test case for how amenably bondholders are prone to behave in the inevitable debt workouts to come.

One factor that has Zambia in such a position is that loan sharks are not all western anymore. In past crises, creditors were largely western banks, who could all be gathered into one room and arm-twisted the debt issues into an accord. Nowadays, they are mostly anyone of a group of fund managers spread across the world, making negotiations much trickier.

Bondholders have become a little less phlegmatic over the years; the refusal of Zambia’s creditors to agree to a debt standstill could be a sign of things to come. The IMF has thus proposed some ideas on how to improve the debt restructuring process in Zambia. This action was inspired by a series of unfortunate incidents that happened in the past since IMF’s last big review of the topic in 2014.

These proposals constitute the most radical services since the IMF’s failed attempt to put into place a pseudo-bankruptcy court for countries two decades ago. Although this proposal died, it gave birth to the “collective action clauses” in bonds—legal provisions that make them easier to restructure.

Perhaps most importantly, the IMF wants a more systematic approach on dealing with state lenders that are acceptable both to Paris Club members and China. One that ensures that they are all treated equally with commercial creditors and gives a clearer picture of the process by getting every single creditor to report legitimate debts.

As if Zambia’s debt crisis wasn’t enough, the COVID-19 pandemic came forth to rub salt into the country’s already open wound. The pandemic has further forced the country more into debt as it looks to use those resources to repair the damage dealt by the outbreak. Zambia’s debt crisis has produced macroeconomic imbalances. Inflation and interest rates have risen and stock prices have fallen.

Foreign portfolio flows have been tremendously affected. The kwacha (Zambia’s currency) has depreciated against major currencies. The country’s trade balance has been affected. Mines have scaled down their investments, production and employment, and some mining units have even been closed, with about an estimate of 8100 jobs lost.

Most secondary industries supporting the mines in the copper belt and tourism sector have been affected and have been rendered either ineffective or useless. The Zambian government could address its debt crisis through fiscal monetary and exchange rate policies, but for these policies to be effective they have to be accompanied by growth—enhancing structural policy measures. These include economic diversification and improvement of the business environment. Other requirements are governance reforms in the mining sector, social protection and a package of austerity measures.

How Zambia Can Overcome Its Debt Crisis

The alarming rate at which Zambia’s debt has been rising has impacted its economy negatively.  This has contributed to the kwacha depreciating and increasing inflation, which in turn impacts consumers and contributes to slow economic growth. The implications trickle down to ordinary Zambians who end up being taxed more while public service provision declines.

Business owners and employees have also felt the burden of this debt crisis as the cost of doing business has increased; this could potentially lead to job losses or businesses closing down. The situation needs to be addressed right away as it could lead to hard economic times for all Zambians now and also in the future.

This article will explore some of the ways the government can tackle this debt situation, which will influence the way Zambia’s economic future plays out over the coming years. The most important step toward getting the best deal for the country and reducing the impact of debt on its people is to rebuild market confidence in its economy.

The first step on the road to recovery for Zambia is for it to be more transparent on the exact amount of debt it is in. This involves the debt’s broad structure, its creditors and the interest terms agreed upon. Zambia can achieve this through delivering all the country’s debt status reports, as well as publishing its recently conducted Debt Sustainability Analysis (DSA). The publication of these reports would help avoid speculation and open avenues for discussions on the way forward to tackling the country’s debt situation. Having its debt information in the open, Zambia could then ask itself what its solutions are to overcoming that debt.  This will in turn start to build investor confidence in the economy.

If the country demonstrates improved governance, management and control over the economy and a willingness to re-engage with the IMF, it will further increase its market’s confidence in the ability to manage its debt stock. This includes approving the pending legislation needed to improve financial management in the country.  The Zambian government also needs to acquire an IMF program to help build up its foreign reserves. This would relieve the burden of interest payments and free up space for spending on pro-poor policies and public service delivery that Zambia needs to continue with economic growth trajectory.

The first and second actions if taken will help strengthen the country’s currency (kwacha), which will build up foreign reserves, encourage more foreign investment, and ultimately help make the longer-term refinancing of existing debt less painful. Refinancing means that the country’s new loans will be raised in order to pay out an existing loan, namely the pending Eurobonds due in 2022, 2024 and 2025. Without taking action in the immediate future to improve market confidence in Zambia’s economy the country will continue to fail until it collapses.