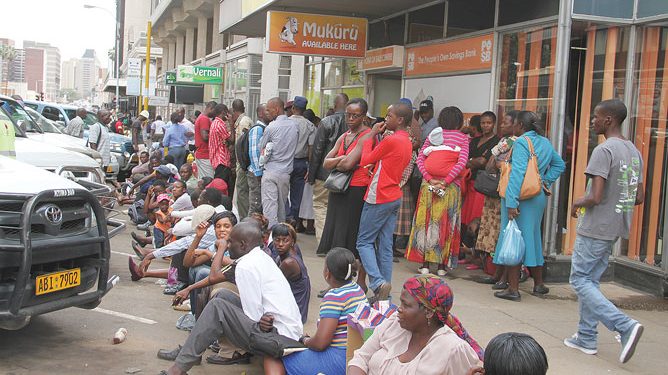 Zimbabwe has increased the price of fuel sharply in response to global developments surrounding the Russia-Ukraine war.

by Kuda Pfende
in Countries
0
Share on FacebookShare on LinkedIn

Zimbabwe has increased the price of fuel sharply in response to global developments surrounding the Russia-Ukraine war, amid fears that the ripple effects will be felt in the country’s already fragile economy, Business Times can disclose.

The price of diesel at the pump increased to US$1.68 per litre from US$1.51 per litre. Petrol is currently retailing for US$1.59 per litre, down from US$1.51 per litre, increasing the cost of all modes of transit for goods and persons. The increase comes less than a week after the Zimbabwe Energy Regulatory Authority increased fuel prices by 17% in local currency and nearly 5% in US dollars, owing to a surge in international crude oil prices in response to Eastern Europe tensions.

Experts and business leaders have stated that the development is detrimental to Zimbabwe’s fragile economy. The increase in prices will also increase the prices of other items, as the costs of production and transportation increase.

Zimbabwe has been battling with various economic concerns, including power shortages, forex difficulties, exchange rate instability, and inflation, to name a few, and the frail economy will be given a significant hit that will take long to recover from. The anticipated rise in capacity use would be significantly harmed. Increases in fuel prices could result in significant inflationary pressures. Increases in gasoline prices will result in inflation when the cost increases are passed on to customers in the form of higher product prices, which will be detrimental to a weak economy like Zimbabwe’s. For an economy still reeling from hyperinflation’s aftereffects. The prices are erratic, which means that even if fuel costs decline, customers will not see a comparable decline in consumer prices.

It would be prudent for the government to attempt to absorb the consequences of the global oil price increase through suitable tax modifications, considering that taxes account for a sizable amount of fuel prices. Gas is utilized by the poor, and the rapid increase in the price of gas over the years has harmed attempts to combat poverty.

Zimbabweans are now concerned that the new increases will significantly impact imported food, as prices are connected to the higher fuel prices. Prices of essential products have more than doubled in the last year, as a currency crisis has resulted in shortages of everything from petrol to food.

The Russia-Ukraine conflict is expected to negatively affect the world economy, with effects on the global supply of crude oil and natural gas prices rising. It has resulted in supply chain disruptions in the face of increased demand. Bear in mind that Russia is a superpower capable of retaliating against sanctions that impede the flow of goods and services.

Prices of essential and non-essential commodities will increase as fuel and gas prices skyrocket due to dwindling supplies. Air and marine freight prices have increased significantly. As a result, customers should brace for price increases caused not by the government’s actions but by direct and indirect conflict repercussions.

Numerous businesses have been forced to reduce or halt output due to the economic crisis. Zimbabwe is in danger of exhausting what remains of its productive capability unless drastic measures are taken to pique the interest of foreign investors.

Russia is the world’s second-largest supplier of petroleum products. Now that they are embroiled in a conflict with Ukraine, they cannot supply numerous markets, resulting in supply limits. When supply falls far behind demand, prices tend to rise, which is our situation.

He said that no matter how many subsidies they add, they will not be able to keep up with that increase at the rate at which free onboard charges are increasing. Apart from the country’s recurring difficulties, the transport crisis has resurfaced in the face of rising transportation expenses. The already impoverished working class who rely on the commuter omnibus to get to work now finds the situation prohibitive.

They used to pay ZWL$100 in cash, but now they pay ZWL$150. Additionally, several commuter omnibuses are not operating due to a fuel shortage. Paying rising fares is becoming increasingly challenging, especially when their earnings remain flat. As a result of the transportation crisis, some workers are now walking to and from work. The Zimbabwe economy has recently seen a dramatic surge in the price of cooking oil.

Busisa Moyo, CEO of United Refineries Limited, said the sudden increase in cooking oil prices was primarily due to the rise in international crude oil prices, which pushes up biofuel prices.

Nigeria: Buhari's pressure to complete infrastructural projects ahead of 2023 elections