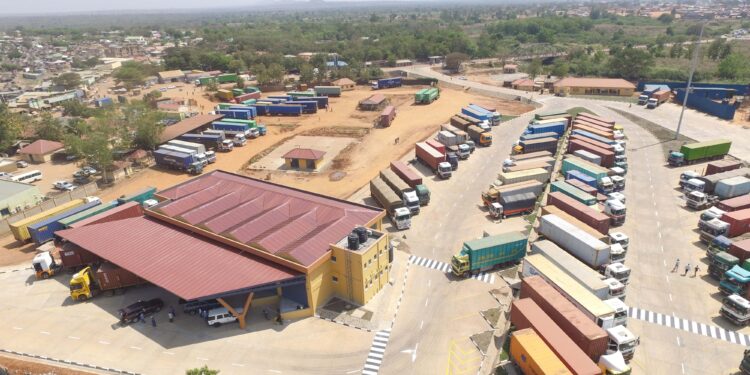 The East Africa Business Trade Council urged the EAC secretariat to bring together more resources to support South Sudan to finalise the construction of a One-Stop Border Post and implement EAC commitments and protocols to facilitate intra- East African trade.

by Joseph Kangethe
in East African Community, Industry and Trade
0
Share on FacebookShare on LinkedIn

Traders, transporters and clearing and forwarding agents spoke at the EABC-TMEA Public-Private Dialogue at the Elegu/Nimule One-Stop Border Post. They explained that the delayed implementation of the EAC Single Customs Territory by South Sudan causes delays in cargo clearance at the border.

The traders and transporters noted that, at times, trucks await clearance up to two days in the parking lot.

South Sudan joined the East African community joined the EAC in April 2016, after being the youngest nation to gain independence on July 9, 2011. In 2020, South Sudan’s exports summed up to US$87 million to the EAC member states, while imports amounted to US$573 million. In contrast to the year 2016, the exports and imports to the same stood at US$2.6 million and US$400 million respectively.

According to the International Trade Center, South Sudan exported US$86 million and imported US$357 million from Uganda in 2020.

The East Africa Business Trade Council urged the EAC secretariat to bring together more resources to support South Sudan to finalise the construction of a One-Stop Border Post and implement EAC commitments and protocols to facilitate intra- East African trade.

The One-Stop Border Post-conviction is not operational because of the delays in the construction in the South Sudan side. South Sudan’s custom agency officials operate on the Ugandan side of the OSBP facility as the integration of other trade facilitation agencies is still awaiting approval.

Traders and custom agency officials called for the digitisation and the adoption of technology of the customs systems to avoid the pressure, delays and inaccuracies of the manual processing of documents by the South Sudan customs officers.

Challenges faced by cross border traders at the Elegu/Nimule OSBP.

Other issues raised and discussed in the EABC-TMEA dialogue to facilitate trade between South Sudan and East Africa include:

A united East African Community will have higher bargaining in the African Continental Free Trade Area. The creation of a single Custom area will also facilitate free movement of the factors of production, which will allow for industries in the region to thrive.

Gold Fields Limited proves it's agility despite the age