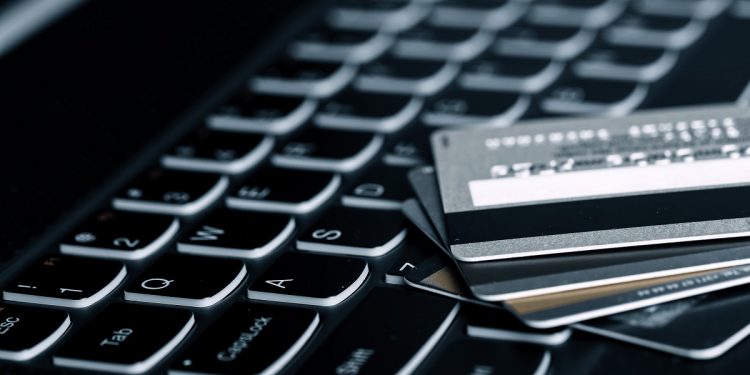 Digital banking. In the wake of covid-19, some African enterprises have had to urgently digitalize to tap into e-commerce.

The pandemic could be an accelerator for digital transformation in Africa

Last year (2019), only 28 per cent of Africans were using the internet and online shoppers were relatively few on the continent according to the International Telecommunication Union (ITU).

With the world increasingly going digital, most of Africa lags behind and a lot more needs to be done to increase internet penetration on the continent.

As of 2017, Africa had 21 million online shoppers a number still too small for the 1.2 billion people. The percentage shows the enormous potential of the African e-commerce marketplace, according to UNCTAD.

In the wake of covid-19, some African enterprises have had to urgently digitalize to tap into this enormous opportunity offered by e-commerce.

Kenya, Mauritius, Namibia and South Africa are the only countries on the continent where the share of online shoppers exceeds 8 per cent. This number is below 5 per cent in most other countries, according to the UN Economic Commission for Africa (ECA).

UNECA director in Eastern Africa, Mama Keita, says that the pandemic has changed the way people do business which could be an accelerator for digital transformation. Continent-wide, sectors like education, health, trade, food delivery, events and conferencing have experienced unprecedented demand for technology.

Keita who was speaking in a virtual dialogue on how women digital entrepreneurs are contributing to the region’s digital transformation stressed how the crisis and containment measures have upended almost every aspect of life. This disruption has affected big and small enterprises, disrupting supply chains, causing the decline of export revenues and interrupting the tourism, transport and logistic sectors significantly.

Africa’s projected GDP growth of 3.2 per cent for 2020 is now expected to sharply contract with Keita noting that East Africa’s economic growth, although highly impacted too, is expected to remain the largest in Africa.

She noted, “Covid-19 pandemic should be used as a game-changer. It should serve as a wakeup call underscoring the urgency to turn Africa’s structural vulnerabilities into opportunities.”

The continent suffers due its overreliance on imports from the rest of the world especially for essential goods such as medical, pharmaceutical and food items. Keita says that this reliance should be reduced considerably and replaced with local production.

“This a great occasion to promote industrialization and structural transformation,” she added.

In the face of the pandemic, the African Continental Free Trade Agreement (AfCFTA) has become the stimulus package that the continent needs with Keita calling for it to be urgently implemented.

“The rapid implementation of the agreement could fast-track the industrial development of the continent and render it more resilient to shocks such as the covid-19 pandemic,” said Keita, adding that digital transformation has a significant role to play in this process, just as digital solutions are helping mitigate the impacts of the pandemic at the moment.

AfCFTA Secretary-General, Wamkele Mene, says that more than 53 per cent of Africa’s exports go to countries outside the continent particularly Europe. With the pandemic, these markets which have been badly hit have subdued Africa’s export markets.

“Our services sector is set to fall by between 20 per cent and 30 per cent, particularly travel and hospitality. We must find ways to mitigate the effects of the pandemic,” said Mene when he spoke to the UN’s Africa Renewal Magazine.

Mene says that the secretariat is exploring ways of continuing with the technical work towards the operationalisation of the AfCFTA if the pandemic persists.

He notes that many countries in Africa can only be saved by the implementation of the trade agreement since they do not have the monetary policy space and the fiscal policy ability to provide large bailouts for economic recovery.

This makes the AfCFTA the stimulus package through which increased intra-African trade will drive economic development post-covid-19.

With the potential in e-commerce, African governments should ensure that policies in place favour the adoption technology to reduce challenges occasioned by disruptions like the pandemic.

“Turning this tremendous opportunity into inclusive development requires a massive effort on the part of all of us – in Africa and beyond,” said UNCTAD Secretary-General Mukhisa Kituyi.

IMF approves $4.3b in Emergency Support to South Africa

Exim Bank US provides $4.7b to Mozambique LNG