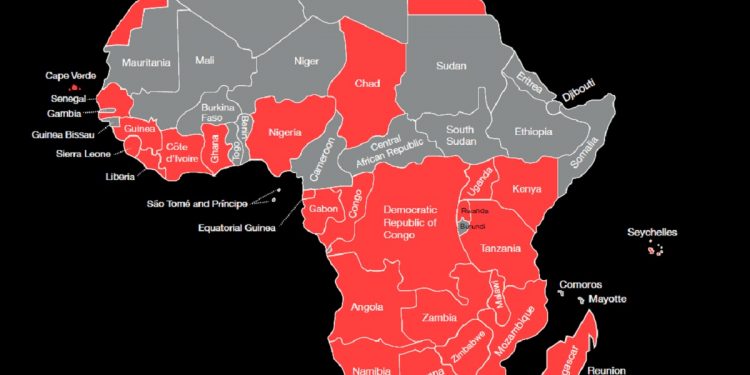 Continental Africa. The continent can use the AfCFTA in accelerating regional and economic integration and prepare for uncertain times. [Photo/PwC)

Africa does not need a Marshall plan to ride out the ongoing coronavirus crisis since it has a more powerful tool in the African Continental Free Trade Area (AfCFTA).

The continent can use the AfCFTA in accelerating regional and economic integration and prepare for uncertain times.

Economic Commission for Africa (ECA), Executive Secretary, Vera Songwe adds that integration is key for Africa’s growth and attainment of Agenda 2030 for sustainable development and Africa’s development aspirations as found in Agenda 2063.

“We need to talk about Africa and AfCFTA. Our Marshall Plan is the AfCFTA. The AfCFTA is our plan so let us take it and run with it,” she said during the inaugural Africa Integration Day that was set aside by the African Union to mark the implementation of the AfCFTA.

Songwe said with the AfCFTA, Africa had collectively penned its own blueprint for growth.

“The Marshall Plan for Europe was about 160 per cent of their GDP traded to bring back growth after the war. What happened to us is that we were all waiting for a health crisis but we got an economic crisis first which was very steep, very deep, not just for us but for the rest of the world,” she said.

Songwe said the ECA estimates that economic growth in Africa in 2020 will drop from 3.2 per cent to -2.8 per cent to about zero per cent growth as a result of covid-19, a situation she described as disastrous, throwing an extra 20 million people into poverty in a continent where almost 300 million people cannot afford one meal a day.

“Covid came and has taken us quite far behind because we need to reassess where is it that we want to go and how we want to go. We definitely need to do things differently,” she said.

Songwe added that it was crucial for Africa to integrate its financial systems to create a mutualized system of financial stability that works for the continent or regional monetary cooperation as in East Asia.

“The Afreximbank Exchange Facility is an excellent step in the right direction. But more is needed to integrate our economies and financial sectors,” the Executive Secretary said.

This means “when there is a crisis we come together and we pull and mutualize our resources so that those who are the most hit get some resources”.

“The Afreximbank Exchange Facility is an excellent step in the right direction. But more is needed to integrate our economies and financial sectors,” the Executive Secretary said.

This means “when there is a crisis we come together and we pool and mutualize our resources so that those who are the most hit get some resources.”

“So we do not need to go the long distance of common currency to get a mutualized system of financial stability that works for the continent. We need to ensure that as we build the AfCFTA and trade integration, we begin to build stronger, much more robust monetary and fiscal systems that can ensure that as a continent we actually can work with each other in a more effective way,” Songwe added.

She shared with the panel what the ECA has been doing since the crisis began in helping African nations, the private sector and civil society to understand and draw strategies to contain the pandemic and prepare for building back better.

Songwe said covid-19 has given Africa an opportunity to assess its weak health delivery systems with countries like South Africa, Ethiopia, Morocco and others building new health infrastructure.

Africa must produce internally since the continent imports US$14.7 billion worth of drugs which is over 95 per cent of its demand.

She said countries like Egypt, Kenya, South Africa, Ethiopia and Cameroon can produce drugs for the continent, adding what needs to be worked on are Intellectual Property Rights issues.

The panellists agreed that the AfCFTA was the best stimulus for Africa to come out of the COVID-19 pandemic.

They also agreed the crisis was a great opportunity the continent should not waste, in particular using lessons learned for Africa’s industrial development; produce its own drugs and save billions of dollars in the process; digital inclusion is paramount; and working closer together than ever as one united Africa with the private sector too, among others.