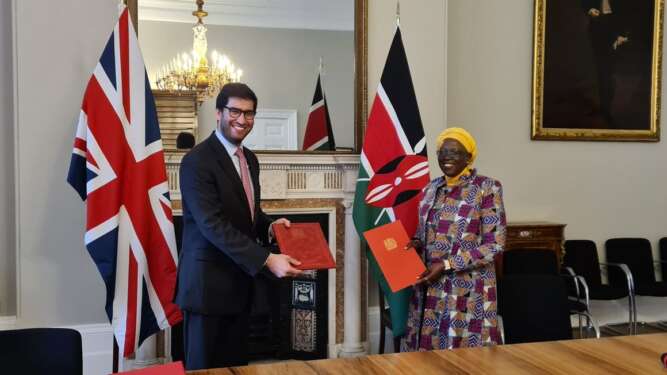 Kenya and the United Kingdom signed a new trade deal that guarantees duty-free access to the UK market for Kenyan exporters and vice versa.

The agreement will end the era of doing business through protocols of the European Union (EU)  from which London will be exiting by the end of December 2020.

The agreement was titled: The Economic Partnership Agreement between Kenya, a Member of the East African Community, of the one part and the United Kingdom of Great Britain and Northern Ireland, of the other part. It was signed by Kenya’s Trade and Industrialisation Cabinet Secretary, Betty Maina and UK’s International Trade Minister Ranil Jayawardena in London.

“I am delighted that today we have signed a trade agreement with Kenya. This deal makes sure businesses have the certainty they need to continue trading as they do now, supporting jobs and livelihoods in both our countries. Today’s agreement is also the first step towards a regional agreement with the East African Community, and I look forward to working with other members to secure an agreement to forge ever-closer trading ties.” Said Ranil Jayawardena

The signing ceremony brought to an end four months of negotiations that will determine the trade protocol between Kenya, the UK and the entire East African Community should other member states enter it for the next 25 years.

The agreement retained new privileges that Kenya enjoyed during the previous trade agreement with the UK under the European Union. The officials present said that the new trade deal provides opportunities such as linking London to a special committee of supporting Kenya’s emerging industries with technical knowledge as well as infrastructural support to open up trading channels in the region.

“This is about securing and protecting Kenya’s annual £2 billion ecosystems of trade with the UK on which hundreds of thousands of jobs and millions of livelihoods depend,” said Manoah Esipisu, Kenya’s High Commissioner to the UK.

After signing the signing ceremony he said: “Delivery of this was our primary objective for the year and we are thrilled to be over the finishing line.”

kenya’s Trade and Industrialisation Cabinet Secretary, Betty Maina said that they had agreed on a comprehensive package of benefits that will ensure a secure, long-term and predictable market access for exports originating from the EAC free trade area.

“This agreement is expected to drive growth & expand exports of priority sectors and value chains identified in the national export and development strategy, including in agricultural, manufacturing, fisheries, and livestock sectors.” She added

Through the trade deal, Kenyan exporters of flowers and other fresh vegetables will continue accessing the UK market under a duty-free and quota-free arrangement. 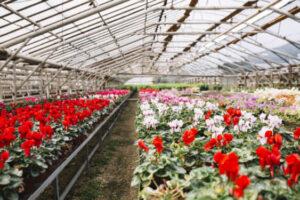 This agreement will support Kenyans working in sectors such as cut flowers and fresh produce by maintaining tariff-free market access to the UK market as it accounts for 43 per cent of Kenya’s total exports of vegetables and at least 9 per cent of cut flowers.

It will also support around 2,500 of UK businesses which export goods to Kenya yearly such as UK suppliers of machinery, electronics and technical equipment, where continued tariff-free access will be guaranteed.

According to the UK, the export potential for the floriculture into the UK is approximated to be worth $10 billion. They also noted that the fisheries sector and the related supply chain presents an immense and unexplored potential to export which is estimated to value around $3 million. Kenya’s Fruits export is also expected to expand by five per cent an additional $314 million in export revenue.

Kenya and the UK enjoy an extensive bilateral relation in areas covering trade, investments, tourism, and cooperation in areas of defence and security, anti-piracy, counter-terrorism, climate change, among others. The UK is Kenya’s largest European foreign investor with about 100 British investment companies based in Kenya, valued at more than £2.0 billion.