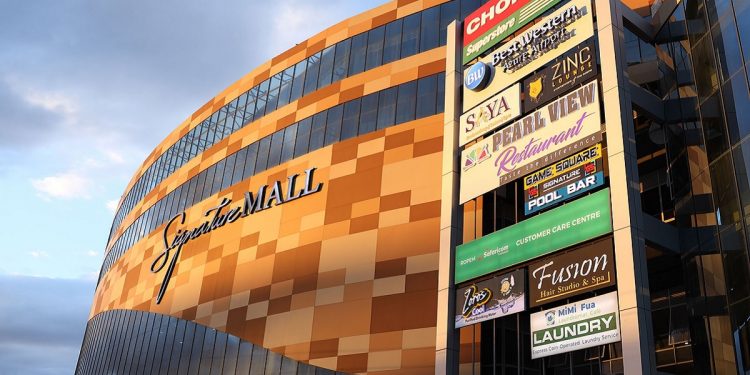 The Signature Mall in Kenya. The East African region one of the regions that remains open to FDI in the retail sector since the population and purchasing power are growing. [Photo/ Signature Mall]

Emerging economies are the next big thing in global spending and consumption over the next few decades.

This is after consumer demand and sales volumes have peaked in the developed world leaving the developing countries, especially in Africa, the next frontier for investments in this sector.

As African economic growth rates recover, the continent’s demographic landscape remains attractive although the pace in the growth of the middle class has been slower than expected for reasons unique to each country’s economic profile, according to a report by the Rand Merchant Bank (RMB).

The East African region is no doubt one of the regions that remain open to FDI in the retail sector since the population and purchasing power is growing.

“The economy benefits from diversity as well as a sustained expansion in consumer demand, urbanization, East African Community (EAC) integration, structural reforms and investment in infrastructure, including an oil pipeline, railways, ports, and power generation,” notes the report.

It adds that there are no significant risks to Kenya’s top ten position but structural constraints, such as infrastructure deficiencies, will continue to weigh on the economy, although new projects will boost logistical capacity.

Rwanda is ranked as having the second-best business environment in Africa.

According to the World Bank’s operating environment scoring, the country has more than doubled the efficiency of its business environment in less than a decade. The government has also invested heavily in its domestic industries, while FDI has increased over the same period.

This has pushed Rwanda to be one of the five fastest-growing economies on the continent. The market is very small and, with a population of only 12 million, the opportunities for expanding a business are less than in larger markets.

The biggest risk to Rwanda’s stability is external, particularly a spillover of political instability from neighbouring Burundi and the DRC, notes RMB.

As one of Africa’s big five economies in market size, Ethiopia is one of the fastest-growing economies on the continent.

The government has successfully nurtured the country’s comparative advantage (agriculture and manufacturing). And with almost 100 million people, the demand for goods and services is rising significantly.

However, the country has for long prohibited foreign ownership in key sectors making it a constraint for investment. But this is slowly changing due to Ethiopia’s need for more external funding.

The government has announced shake-ups across industries, including plans to open up the once-closely guarded telecommunications and power monopolies.

Ethiopia’s private sector growth has been heavily constrained by restrictions on business, evidenced by the country’s deterioration in the World Bank’s Ease of Doing Business ranking from 107 to 159.

Starting and exiting a business has been identified by the country’s Investment Commission as onerous, while sustained government involvement in the economy, specifically in utilities, has crowded out the private sector.

Export earnings remain vulnerable to adverse changes in commodity prices, resulting in periods of forex illiquidity which is a persistent challenge to trade.

And Ethiopia’s key trade outlet, Djibouti, is an important conduit for trade in North and East Africa.

Though plagued by pockets of political unrest, it has implemented a myriad of business reforms, including in areas of starting a business, property registration, getting credit, and enforcing contracts, according to RMB.

These reforms have significantly improved its standings in the Doing Business Report by a whopping 55 spots. This remarkable improvement underpins the ten-place movement in RMB’s core rankings.

“An estimated GDP growth rate of more than 4 percent, supported by capital investment in a new re-export facility and free trade zone, as well as deepening ties with non-traditional investment partners — Egypt and Japan — are further beneficial factors,” notes RMB.

Affordable logistics and warehousing and renewed interest in salt production in Lac Assal are also potential opportunities for investment.

RMB notes that Uganda is showing great potential from a demographic and income perspective.

With a population of 40 million, there is an expectation that its low GDP per capita levels of US$724 will grow by an annual average rate of 6 percent between 2019 and 2024 and, in the same period, the population and the urban population is set to grow by 3 percent and 2.3 percent annually.

In Tanzania, retail is still in its nascent stages but formal retail development holds considerable potential for long-term expansion.

Strong demand for FMCG supports the sector. However, there are several structural challenges, like high distribution costs, rising taxes, and inflation that are driving up overheads and reducing consumer purchasing power.

China's growing influence in Africa: How the continent's real estate sector is changing