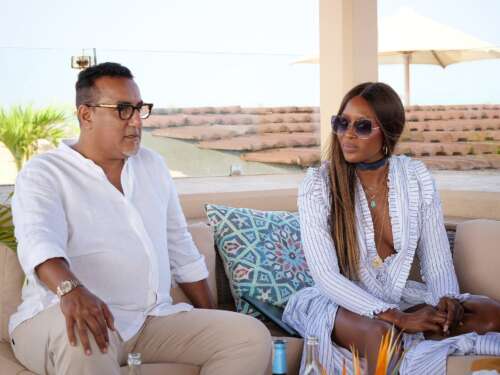 Kenya is the third-largest travel and tourism economy in Africa after South Africa and Nigeria.

According to statistics from the country’s Ministry of Tourism and Wildlife, the tourism sector is a major employer since it is inter-industry linked with other sectors such as energy, agriculture and manufacturing.

Data from the Tourism Research Institute (TRI) show that in 2019, over two million international visitors visited Kenya. This was an increase of 1.2 per cent over the 2018 arrivals.

Read: EAC has to join hands to ace tourism offerings

Before the Covid-19 pandemic jitters hit the East African nation, the first two months of 2020 saw 170,908 arrivals in January, 150,968 in February before the numbers dwindled to 67,819 in March and then the eventual shutdown of the tourism industry in April after suspension of international flights.

TRI data shows that there were no arrivals from April to July until a few visitors started trickling in August.

During the year, the country lost over Kshs110 billion (US$1 b) of direct international tourists’ revenue due to the COVID-19 pandemic.

The Kenyan economy contracted by 0.4 per cent in the first half of 2020 after the Covid-19 pandemic called on the continent.  This was the first contraction in the East African nation since the third quarter of 2001 when the country recorded a 2.5 per cent contraction. The worst-hit sector by the pandemic was accommodation and food services which contracted by 83.3 per cent in the second quarter in 2020 due to the fact that most facilities were operating at a bare minimum.

However, this is about to change with the adoption of strategies meant to uplift the sector which is among the biggest foreign exchange earners for East Africa’s investment hub. While the sector’s return to normalcy may be far out from shore, the country’s Meetings, Incentives, Conferences and Exhibitions (MICE) segment is picking up.  The hospitality industry players are seeking to market conference tourism globally amid the pandemic which is on the second wave in most parts of the world.  MICE sharply declined in 2020 and the first two weeks of 2021 but the chairman of the Kenya Coast Working group, Hasnain Noorani, is optimistic that the segment will recover.

Noorani says that prior to the outbreak of the Covid-19 virus and the subsequent travel restrictions and social-distancing guidelines by various governments, the MICE segment in Kenya was a promising growth avenue for the industry which sought to diversify tourism offerings.

MICE is a big deal in Kenya’s tourism industry that the Kenya Tourism Board (KTB) continues marketing as part of the diversification strategy. Those in the industry say that MICE offers Kenya an excellent opportunity to establish a competitive edge in this niche segment.

The year was dim for the better part but the Christmas season and the New Year holidays saw the tourism sector heave a sigh of relief and after experiencing a long dry spell, the sector has however seen a decline in business in the first two weeks of 2021 attributed to the scarcity of foreign arrivals owing to prolonged restrictions resulting from COVID-19 and other competing priorities locally.

According to Noorani, stakeholders are hoping for the sector’s comeback through MICE tourism as it remains the only optimistic alternative after foreign tourist arrivals significantly declined in 2020 due to the pandemic.

But MICE could just be a tip of the iceberg in turning the tide.

The country’s tourism Cabinet Secretary, Najib Balala, last month appointed British supermodel Naomi Campbell the Magical Kenya International Ambassador. Such a position has never existed and the appointment attracted both wrath and praise from Kenyans who felt the CS was overstepping his mandate to illegally appoint a foreigner to market the country’s tourism offerings.

While announcing the appointment, Balala said that Campbell’s appointment would not take away from Kenya’s domestic market— it would only strengthen it.  The Ministry said that the supermodel’s role was to help promote the marketing of Kenya as an ideal tourism and travel destination to the world.

Balala acknowledged that the country’s tourism sector had been severely impacted due to COVID-19 and it was seeking to attract visitors to safely visit as one of the countries open for travellers since travel restrictions began.

In the January update by Noorani, many local, regional and international companies were then booking their conferences for 2021.

International visitors were once Kenya’s tourism industry mainstay but the country has now repositioned itself to appeal to the domestic marketplace long before the spread of the pandemic.

Kenya reopened its borders to international tourists in August 2020 and for a while, many hotels have been charging lower rates as a consequence of the pandemic allowing more local people to be tourists in their own country.

Domestic tourism, as in many countries is flourishing, especially in out-of-town areas despite the pandemic.

Nonetheless, tourism sector players acknowledge that it is not easy getting back to where they were before the pandemic. For business tourism, stakeholders say that Kenya’s MICE industry was a leader on the continent before the pandemic but now a lot has to be done to get the sector back to its flourishing period.  Kenya has identified MICE as one of the key drivers for the economic development and diversification of tourism in the country.

Severe quarantine measures put in place around the world saw a majority of destinations suffer from the pandemic-related travel restrictions which were valid until late 2020.

Sub-Saharan Africa (SSA) region’s economy witnessed its first contraction in the last 27 years, with the overall economy having contracted by an average of up to 3.3 per cent in 2020.

Kenya falls in this region and in line with the global outlook projections show recovery in 2021 driven by commodity demand globally and as regional governments put in place policies to support growth.

For Kenya, the reduced activity saw the fiscal deficit widen to 8.2 per cent from the 6.0 per cent projected in the budget due to the reduction in tax revenues. There is a projection of recovery in the coming years but this is largely dependent on the health situation and any further need for more containment measures.

On spending, the Kenya shilling depreciated by 7.7 per cent against the US dollar to close at Kshs109.2 in 2020 in comparison to Kshs101.3 at the end of 2019.   This means that the spending power of many Kenyans who are the target of the domestic tourism market may see the see sector take longer to rebound.

The shilling was under pressure from increased dollar demand as people prefer holding onto hard currency during uncertain times like the ones caused by the pandemic. In addition, there was also a decline in dollar inflows from both exports of goods and services like tourism.

Cytonn’s Annual Markets Review for 2020 gives a neutral outlook of the hospitality sector. Cytonn notes that despite the sector being the hardest hit by the COVID-19 pandemic, it has begun to gradually recover supported by financial aid from the government through the Post-Corona Hospitality Sector Recovery Stimulus by the Ministry of Tourism through the Tourism Finance Corporation (TFC) and other international agencies, repackaging of the tourism sector to appeal to domestic tourists and relaxation of travel advisories.

Cytonn says they expect the interventions to fuel resumption of activities and resultant improved performance in the medium term.  The projections remain grim but the country has not had a shortage of international celebrities visiting endorsing the country’s tourism offering gems.

Towards the end of 2020, American singer Ashanti and British supermodel Naomi Campbell were among the glitzy and glamourous who visited Kenya. In January 2021, Queen of Pop Madonna visited Samburu in Kenya as she proceeded from Malawi.  Madonna was accompanied by her adopted children, 15-year-old son, David Banda, daughter Mercy James and eight-year-old twins, Stella and Estere.

For perspective, the first half of 2020 saw 45 per cent of tourism businesses in Kenya lose an estimated revenue above Kshs2.5 million (US$22, 700) each, as an effect of the coronavirus pandemic. Many others were affected and some even closed shop.

Coronavirus infections have continued increasing which may necessitate the need for prolonged measures to contain the outbreak. The measures may include, in addition to the ongoing night curfews and the closing of social establishments, the limitation of travel and gatherings.