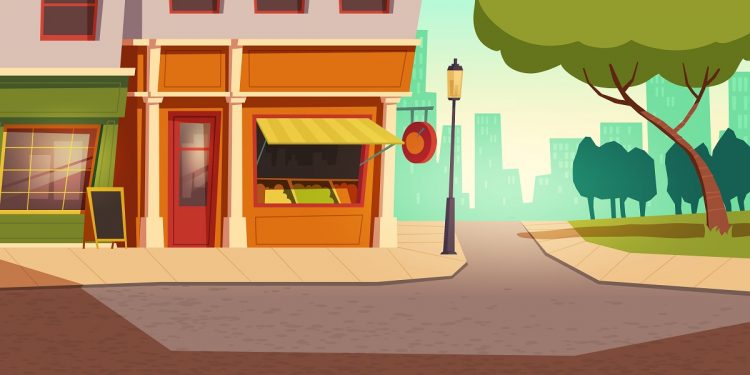 A kiosk on a street corner. Small-business owners and young entrepreneurs in Africa will be trained to trade with other African countries as part of the new AfCFTA.

Africa is the world’s second-largest and the second-most populous continent after Asia with an estimated 1.3 billion people as of 2018.

Accounting for about 16 per cent of the world’s human population, the demands continue increasing especially for job creation, food security and education among others.

With this population expected to grow to be between 1.65 billion and 1.71 billion by 2030, there is even more pressure to ensure that the continent’s youthful population is gainfully engaged to avert an unemployment crisis.

Read: How to tap into cross border opportunities

This calls for investments in job creation where small businesses, which are the majority employer on the continent, benefit from policies that enable their growth.

To enable this, the African Import-Export Bank (Afreximbank) and the International Trade Centre (ITC) have teamed up to help small businesses make the most of the African Continental Free Trade Area (AfCFTA).

The partnership will see small-business owners and young entrepreneurs in Africa trained to trade with other African countries as part of the new African Continental Free Trade Area which is opening a market of 1.2 billion people.

Even though the operationalisation of the AfCFTA has been delayed by the covid-19 pandemic, the training programme is preparing these entrepreneurs on how to export within the trade area.

The AfCFTA is hailed as one of the best ideas for Africa’s emancipation from poverty through opening up the continent to trading within itself. The trade agreement remains one of the best bets when it comes to growing small and medium-sized enterprises (SMEs) which are key to Africa’s economic growth. This economic sector accounts for around 80 per cent of the region’s businesses according to the African Union’s Trade department.

Intra-African trade is structurally low at 15 per cent in comparison to Europe’s which is at nearly 70 per cent.

While these businesses struggle- usually- to penetrate more advanced overseas markets, they are well-positioned to tap into regional export destinations which can help them remain sustainable. With the regional markets, it is easier for them to expand beyond the continent.

With the Afreximbank-ITC training, business owners gain the knowledge and skills they need to engage effectively in cross-border trade under terms of the AfCFTA.

“Through this partnership, African businesses will have the opportunity to learn, plan and succeed in growing their business by taking full advantage of the AfCFTA,” she added.

Kanayo Awani, Managing Director of Afreximbank’s Intra-African Trade Initiative acknowledges that intra-African trade through exports of goods and services by SMEs is the cornerstone of the AFCFTA.

Awani added that the joint initiative with ITC is a proactive way of providing SMEs with the tools to respond more effectively to the economic and social challenges which in turn supports the implementation of the AfCFTA.

Running via ITC’s multilingual SME Trade Academy platform, the training programme is under the auspices of the Afreximbank Academy (AFRACAD) and is being piloted in Nigeria, Rwanda, and Côte d’Ivoire.

Trade promotion organizations in the three selected pilot countries are working in close collaboration with Afreximbank and ITC to launch the programme.

In South Sudan, the two entities are partnering to support Africa’s youngest nation increase its trade competitiveness and boosting its exports through economic diversification. The partnership will also see the creation of investment opportunities through developing a trade and investment promotion strategy.

Women and young people are the targets of the promotion strategy which will identify several priority sectors with a high potential for trade and increasing job opportunities.

ITC will work with South Sudan’s trade ministry, investment agencies and private-sector associations in ensuring that the strategy provides sustainable solutions for the country’s economic development.

The main agenda of the AfCFTA is accelerating intra-African trade while boosting the continent’s trading position in the global market by strengthening Africa’s common voice and policy space in global trade negotiations.

AfCFTA offers a platform for SMEs to grow and supporting them will see the realisation of a united Africa where the dream is to open up the borders which will increase not only the trade volumes but the innovations that could come with increased business opportunities.