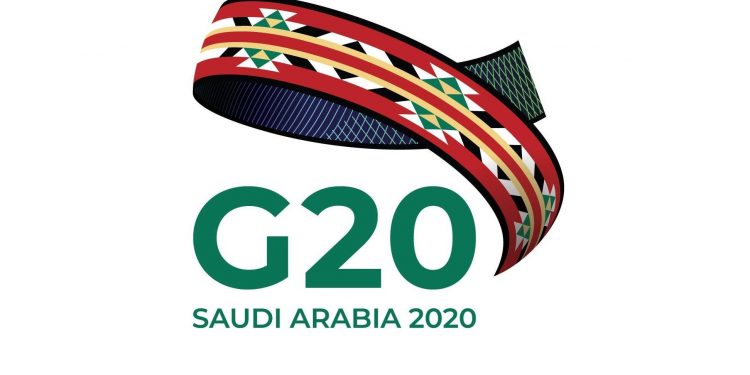 The 2020 G20 summit will be held in Riyadh in November. China is expected to make a pronouncement on its debt cancellation for African countries at this summit. [Photo/ G20 Summit]

We are living in interesting times where the hunter becomes the hunted as the Covid-19 pandemic continues ravaging the global economy.

Africa has, for the best part of the last decade, courted China which has resulted in the continent witnessing hitherto unseen infrastructural development heralding a new dawn for the Dark Continent. The run has however been almost halted by the chaotic emergence and spread of the pandemic which ironically originated in China and is bringing the global economy to its knees.

Since December 2019, the world is grappling with the unprecedented challenge of watching in the side lines as the virus ravages not only the health sectors but the core of the economy without any one country not feeling the pinch.

For the first time, again, Africa has experienced an event that has equalised the entire world as no one is immune and no one is calling the shots on the other since the disease indiscriminately keeps forcing evolutions spanning the economic, health and trade spheres.

Africa and China have had an interesting relationship in the last decade with the Asian giant enthusing that the relationship with the world’s second-largest continent is based on mutual partnership and understanding.

China remains Africa’s largest trading partner with Chinese investments on the continent increasing more than 100 times in the past 20 years. Since 2013, the cooperation between the two partners has seen a fresh momentum which has created a new boom with the implementation of the Belt and Road Initiative which provides for the upgrading of cooperation from just trading in goods and project contracting to industrial capacity and capital investment.

Africa is currently the fastest urbanizing region of the world where rural migrants are moving into cities at a rate that has even surpassed that of China and India. With the continent now a final frontier of the Fourth Industrial Revolution, the rapid transition is a big challenge but also portends big rewards for nations willing to stake billions in infrastructure development.

China is in the forefront of the infrastructure development revolution on the continent beating old partners like the US and others from continental Europe.

While it seems like it has been smooth sailing so far, the virus has thrown in a spanner in the works which will test how durable the relationship between Africa and China is.

For starters, the pandemic has led to many African countries unable to service their debts meaning they are at risk of defaulting. With this, many have asked for the cancellation of these debts but China has largely been unyielding. This is despite the fact that it is the biggest beneficiary of its trade with the continent.

With severe disruptions to economic activity linked to the coronavirus pandemic, many countries in Africa would immensely benefit from debt cancellation to encourage post-coronavirus economic recovery.

While the IMF, the World Bank and France have called for debt relief on the continent, China has been skirting around the issue.

Already, the IMF has approved US$500 million tranche to enable the cancellation of six months of debt payments for 25 countries; 19 of which are in Africa.

In an interview with Reuters in April this year, China’s foreign ministry said that the origin of Africa’s debt problem is complex with each country’s debt profile varying.

The ministry said that with some countries and international organisations calling for debt relief programmes for African countries, China is “willing to study the possibility jointly with the international community.”

Chinese Finance Minister Liu Kun who spoke during the G-20 Meeting of Finance Ministers and Central Bankers on April 16 said that China supported suspending debt repayment by the least developed countries and would make its necessary contributions to the consensus reached at G-20.

With Africa losing over US$65 billion every month in lockdowns, the Executive Secretary for the Economic Commission for Africa, Vera Songwe, has called on China to honour its pledge in the G–20 Debt Service Suspension Initiative (DSSI) made by President Xi Jinping.  Songwe says that honouring the pledge would go a long way towards supporting Africa’s liquidity needs during this difficult time.

But, will China stand up to be counted as a real ally for Africa or will it turn its back on the once ‘mutual partner’ continent?

The 2020 G–20 summit to be held in Riyadh in November this year will show the true colours of those claiming to be Africa’s allies and those in partnership with the continent, for convenience.

Read: Beyond the pandemic: How do we feed our cities and industries- An agricultural insight