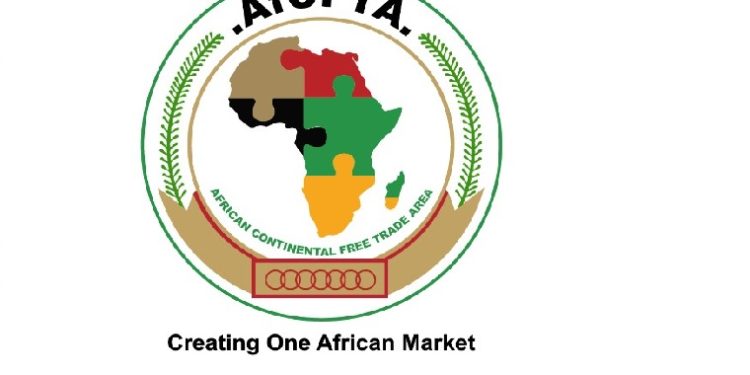 AFCFTA will transform Africa if it can be implemented

The initiative is set to transform the African continent by 2035. It offers great promise of economic progress and transformation however, a number of stumbling blocks stand in the way of its implementation.

The Africa Continental Free Trade Area (AfCFTA) is an ambitious effort by the nations that make up the African continent to create the largest free trade area in the world.

By connecting 1.3 billion people across 54 countries, and if successfully implemented, the market resulting from this initiative will have a combined gross domestic product of US$3.4 trillion.

For perspective, the combined economy of Africa which the AfCFTA is looking to realize would make the continent of Africa approximately the size in the economy as that of Germany which has a gross domestic product of US$3.6 trillion. Despite its ambition, this initiative reflects the extent to which the African continent still lags the rest of the world in terms of economic development.

What the collective GDP statistic says is that Africa will not be taken seriously as a market until it becomes a single economic bloc. It would take the formation of a single free trade area for the economy of Africa to be counted among the 5 largest economies in the world. This is a harsh indictment on the countries individually as much as it is a scathing indictment on the continent. Africa despite its rich resources which the rest of the world has relied on for centuries for its development is not a serious contender in world economics.

Such a statistic should be a call for the African leaders who govern the various countries that make up the continent. There needs to be a shift towards the kind of governance that results in economic prosperity and progress and away from the self-serving rule that has characterized the same countries.

According to its website, “The AfCFTA is the world’s largest free trade area bringing together the 55 countries of the African Union (AU) and eight (8) Regional Economic Communities (RECs). The overall mandate of the AfCFTA is to create a single continental market with a population of about 1.3 billion people and a combined GDP of approximately US$ 3.4 trillion. The AfCFTA is one of the flagship projects of Agenda 2063: The Africa We Want, the African Union’s long-term development strategy for transforming the continent into a global powerhouse.”

AfCFTA’s overarching mandate is to eliminate barriers to trade and to boost intra-Africa trade or trade between African countries. Its focus is to enhance trade in value-added production across service sectors of the African economy. After its overarching mandate, AfCFTA looks also to contribute to the establishment of value chains in Africa which will enable investment and job creation. The success of this initiative in the long-run has the potential to greatly enhance the competitiveness of the African continent by fostering industrialization, job creation and investment.

AfCFTA officially came into existence in 2019 on May 30th when 24 of its member states deposited what the website calls their instruments of ratification. There had been continuous deliberations around the creation of this initiative from as far back as 2012. The initiative was launched in July 2019 at the 12th Extraordinary Session of the AU Assembly Heads of State and Government. Trading under the initiative commenced on January 1, 2021.

A fact sheet that is also accessible on the AfCFTA website says that as of April 2022 43 member states in Africa have submitted their instruments of ratification, and 54 of the 55 countries that make up the African continent had signed on as members resulting in the creation of the largest free trade area in the world measured by the number of participating states.

The initiative has the potential to lift at least 30 million people out of extreme poverty and 68 million out of moderate poverty which is significant given that UNCTAD estimates that in 2021, 490 million people in Africa lived under the poverty line of 1.90 income/day. Perhaps most significantly AfCFTA has the potential in 2035 to boost the collective income of the African continent by US$ 450 billion by 2035. Again by 2035 the effect of AfCFTA will see the volume of total exports generated by the continent increase by 29%. Intra-continental exports are envisaged to increase by a staggering 81% whereas exports to non-African countries would grow by 19%. This growth in exports will provide lucrative opportunities for African manufacturers and workers according to a study conducted by the World Bank on the distributional effects of the implementation of AfCFTA.

Read: EAC urged to speed up implementation of agreed proposals

These gains will come from reduced tariffs which are stubbornly high among states in the region. More and greater gains will come from the reduction of trade costs by reducing non-tariff barriers and improving what the World Bank describes as hard and soft infrastructure at borders. The aim of these measures is to reduce red tape, lower compliance costs for traders and make the integration of African businesses with global supply chains seamless.

AfCFTA is still in its infancy stages in terms of implementation with a lot still to be seen in terms of its success. These practical reforms will be difficult to implement given the sheer size of the trade area. The trade area encompasses 54 countries however, the successful implementation of the initiative will provide substantial rewards. In terms of employment, seamless and frictionless trade between African countries has the potential to lower the gender wage gap in favour of women and help all workers by increasing the amount of decent employment opportunities.

The World Bank estimates that the implementation of AfCFTA will lead to an increase in wages by 10% with the largest gains accruing to women and unskilled labour.

AfCFTA has the potential to transform Africa into a modern-day economic Utopia however, before that can occur there are critical success factors that need to be in place. Creating a continent-wide market will require a deliberate and determined effort to reduce all trade costs. This will require legislation to enable goods, capital, and information to flow freely and easily across the African borders according to the World Bank.

The fact that this initiative hinges on legislation brings to the fore the need for political will and political cohesion in getting AFCFTA off the ground and making it a success. This will not be a simple or straight forward feat given the vast expanse and diverse countries that the trade area covers. To pass legislation in each country will require great effort in terms of coordination for which it would be unreasonable to expect total success in every case.

The success of AFCFTA where legislation is concerned will need to be gradual. It will not occur instantly. The free trade area will result in a competitive business environment which will boost productivity and investment. Ultimately this will lead a greater selection of goods and services for consumers.

Read: Unlocking the potential of African Women in AfCFTA