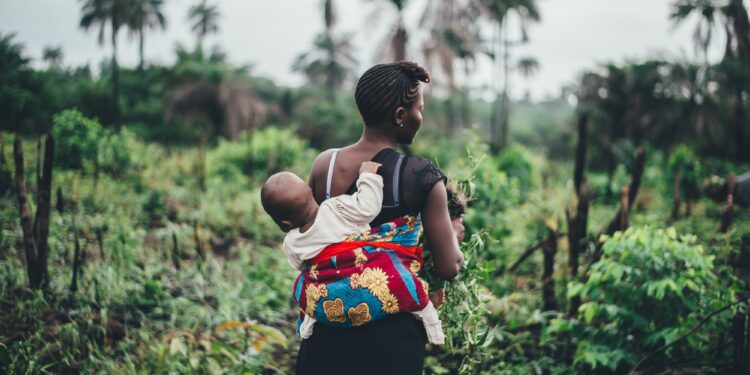 Fair Competition and Fair Trade are becoming Africa's weapon of choice as its fight to equalize exports.

by Giza Mdoe
in Africa, Industry and Trade
0

Unreported mergers and acquisitions, false advertising, or aggressive marketing tactics all place the farmer, the common trader, at odds with the market.

A farmer in rural Tanzania incurs high costs of production particularly on the agro inputs used to grow, store and transport a given product. When this product gets to the market, it is put to competition with similar products produced by large corporate syndicates that can afford mass production at marginal cost.

What it all means in simple terms, is the rural farmer’s prices are higher than the syndicated prices and so the farmer cannot sell and is forced to lower prices to meet the competition. In the long run, suffering high costs of production and minimal returns, the farmer is forced into a perpetual cycle of poverty.   This is simply not fair.

A consumer unwittingly buys a box of milk under the assumption it is pure cow milk containing a definite amount of nutrients. Unknowingly the photo of the cow on the box does not necessarily mean the milk is from a cow and even if it is, what percentage of the content is actually milk?

You are forced to buy a product at a price that you feel is high, but everywhere you go the price is the same and you are forced to buy at that price. Little do you know that the producers of the product, parties that are supposed to be competitors, have secretly met and agreed to fix the price to force the market to buy at much higher prices than the cost of production, unduly earning them tremendous amounts of money.

There is scarce supply of a given product and suddenly the price hikes, you are forced to buy in the belief that the product is in short supply. Little do you know there are warehouses filled to the roof with said product, but producers/suppliers have lobbied to withhold the product to unfairly hike the market price.

All these scenarios call for consumer protection against false advertising, protection for the farmer, the consumer and the small business owners against corporate syndicates. It calls for fair trade.

Fair trade is a system of certification that aims to ensure a set of standards are met in the production and supply of a given product.  Fair trade is meant to protect the consumer and small businesses against the following and many other forms of foul play by producers and large businesses:

Pushing For Stronger Legislation for Fair Trade in Africa

There is need to strengthen Africa’s existing competition legislation and to enforce related laws, transparency and predictability in competition law enforcement.

Responsible agencies within a country must be empowered and enforced to actively work on public interest considerations. It is also not enough to work behind the curtains; rather there is need to make noise, to create public awareness of potential foul play in false advertising and price fixing, for example.

Governments must invest tax payers’ money in fair trade and the protection of consumers and small business. It is not a matter of in-office planning; rather it must be publicly discussed in parliament where legislators can deliberate current threats and pass laws. As United Nations Conference on Trade and Development (UNCTAD) put it in the paper ‘The role of competition policy for development in globalizing world markets’ “…the need for competition laws must take center stage of national economic development talks.”

Commendably, governments across the continent are taking measures but there is need for stakeholders to raise awareness. Short of having comprehensive fair competition laws, large, deep pocketed companies, national and international, will continue to stifle SMEs and the common consumer and in so doing affect national economies across the continent.

There has even been recent upgrade of laws to control mergers, fines issued for unfair practices and other legal measures.  Here is a snapshot of a few across sub-Saharan Africa:

The FCC is responsible for promoting and protecting effective competition in trade and commerce as well as protecting consumers from unfair and misleading market conduct as mentioned above.

Most recently, the FCC has seen to it that the Fair Competition Order (2017) is passed setting new thresholds for mergers notifiable to the FCC. In this most recent Order, the FCC has raised the country’s merger notification cap from USS360,000 to US$1.6 million.

Kenya’s CAK is now working to beef up its enforcement powers. It is doing so by pushing for tougher laws. Already there has been publication of a host of regulations and guidelines and more are expected to come.

In an effort to increase compliance to competition and consumer protection laws, the CAK has pushed for laws that have been passed by parliament including Buyer Power Guidelines, Joint Venture Guidelines and Retail Code of Practice.

South Africa’s CC is empowered by the government to inspect, control and assess restrictive business practices, abuse of dominant positions and mergers in order to achieve equity and efficiency.

The CC is looking to regulate and enforce competition law in the country and has launched market inquiry into online intermediation platforms. The CC has also published a revised draft for small merger guidelines in the digital sector.

South Africa’s CC is also now pushing for the establishment of a competition policy for jobs and industrial development. To top it off, the CC is also working on draft guidelines to govern collaboration among competitors.

Established in 1997, the CCPC operates under the Ministry of Commerce, Trade and Industry to protect the competition process in the Zambian economy and also to protect consumers. The watchdog recently prosecuted several parties for ‘anti-competitive behavior’. Its mandate includes investigating illegal business practices including price fixing for commodities and collusive tendering or bid rigging.

Fines included charges of up to 10 per cent of annual turnover. The CCPC recently also ordered reduction of cement prices that were allegedly fixed.

Zimbabwe’s CTC bears twin mandates of implementing Zimbabwe’s competition policy and execution of the country’s trade tariffs policy, with the primary objective of enforcing the competition. It is also tasked with regulating mergers as one of its major mandates.  Recently it fined parties for illegal mergers. The parties were accused of planning merger terms without informing the CTC.  Zimbabwe is also investigating cooking oil prices and school uniform tenders for possible foul play.

The role of government in consumer protection, fair trade for small businesses must be public – a parliamentary stance that seeks public input and creates awareness. The end-user and the small business are dependent on government to stand up for them. It must be a matter of annual fund commitment towards fair trade and consumer protection, more so at a time when regional and global market integrations are occurring ever so fast with the knowledgeable few and the fewer wealthy individuals who cartel for their own benefit at the expense of the many. 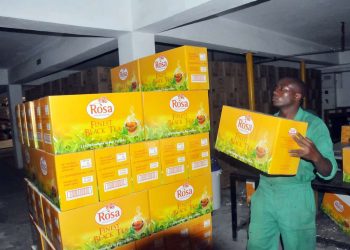