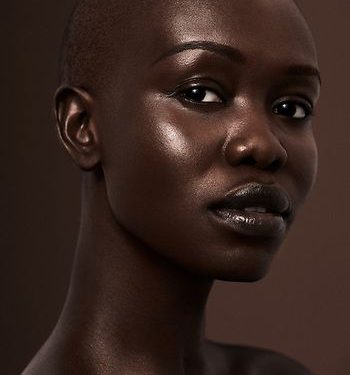 Despite being the world's second most populated continent and having great potential, Africa remains a primarily unexplored beauty and cosmetics sector, with customers clamouring for quality goods tailored to their requirements

Despite being the world’s second most populated continent and having great potential, Africa remains a primarily unexplored beauty and cosmetics sector, with customers clamoring for quality goods tailored to their requirements.

However, after a slow start, cosmetic brands recognize this and are increasing their presence in Africa. Many significant businesses are shifting their attention to Africa.

The African cosmetics and beauty goods sector will experience a historic expansion. According to forecasts, the African beauty and personal care business is predicted to grow by US$1.26 billion between 2021 and 2025. The sector is worth billions of dollars and is increasing by close to 10 percent every year.

In terms of hair care, things grow more difficult because African hair differs from Caucasian or Asian hair and from nation to country. It is common knowledge that the most challenging difficulty for many African women is brushing their hair, which may be unpleasant at times.

Given these distinctions, it is easy to understand why African customers, particularly women, place a premium on Africa-specific items. Product customization is critical to winning the African war, as long as the items stay inexpensive.

Africa now contains 54 nations, with the accession of South Sudan in 2011. In 2015, the urban population consisted of approximately 450 million people, accounting for 40 per cent of the overall African population. The statistics show that Africa has become more urban than India. More Africans are expected to live in cities for the first time in the continent’s history by 2030.

The urban population might reach 1.2 billion, accounting for about 60 per cent of Africa’s total population. Africa now contains 52 cities with over one million people and is predicted to increase to 75 cities in the near future.

Experts predict that if infrastructure spending increases in the subsequent years, the cosmetic industry growth rate will rise due to the advantages that upgraded infrastructure gives. Because of the enormous amount of money created by this economic sector, an increase in the growth rate can lead to additional improvements in infrastructure.

The African market is predicted to form a virtual cycle in which increased infrastructure expenditure leads to a rise in market growth rate, which benefits the cosmetic sector.

Despite its diversity, Africa has been mostly disregarded in the past. What is causing a different shift? Better data is one of the reasons. Companies can now determine the number of sales and interest from Africa, particularly Sub-Saharan Africa, thanks to advances in technology. Many beauty brands have recognized a market niche and discovered an eager audience for their goods in Africa.

However, it is not only about beauty corporations getting better information about African market demand. Africa’s demographics have been gradually shifting, increasing demand for global cosmetic goods. Three-quarters of Sub-Saharan Africa’s population is under 30, the group most likely to be interested in beauty goods, perfume, and hair care.

Read: Rwandans tipped on beauty of customer care on business

Nigeria is an example of this, with high population growth and an increase in the young, urban, female population. The middle class is also fast-growing, and with increased exposure to western ideas, there is a new hunger for personal care items and apparel.

Although the huge economies of Nigeria and South Africa have led the way, Cameroon, Tanzania, Ghana, Ethiopia, and Kenya are also following the same tendencies. Over the previous three decades, Africa’s middle class has more than quadrupled in size. This means that women have more spending power, which attracts the attention of beauty firms.

Although cosmetics sales in Africa have increased significantly, this is simply the beginning. According to forecasts, African economies will continue to grow and expand over the next decade, allowing them to take a far larger stage in the global market.

A significant hurdle to cosmetics companies’ effective development in Africa is a failure to realize huge disparities in customer preferences across these high-growth nations, which are closely connected with macroeconomic metrics such as real GDP growth and disposable income.

Africa is not a single economy, and enormous cultural and religious differences make it impossible for cosmetic manufacturers to utilize one African country’s product penetration approach as a roadmap for regional development.