Innovation, especially in agriculture is one way to bridge the unemployment gap.

by Njenga Hakeenah
in Agribusiness, Industry and Trade
0 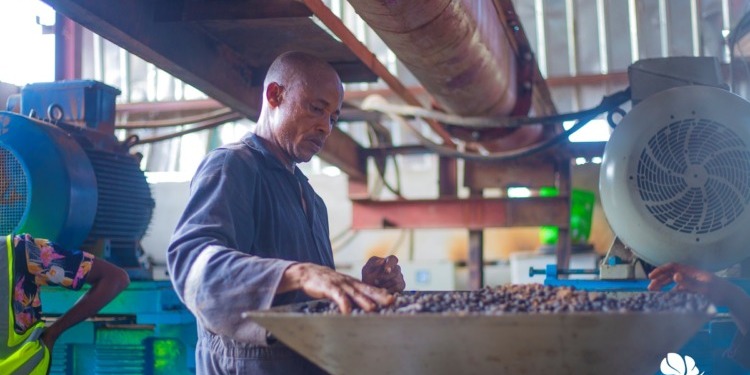 Africa has the capability to feed the world.

This statement may sound farfetched and raise eyebrows amongst those who know Africa as the Dark Continent and nothing more. Interestingly, this is the reality for the world since the potential the youngest continent has to offer is unmatched.

In 2017, the United Nations Data for World Population Prospects showed that Africa was the world’s youngest continent where 60 per cent of the population was aged under 25 years.   At the time, and despite these young people living in some of the world’s fastest-growing economies, they faced a largely insecure future where unemployment was predictable.

The vulnerabilities these young people face remain largely unaddressed, limiting their potential and ability to positively and gainfully contribute to the development of their economies.

With the promotion of science, technology, research, innovation, and building on knowledge and human resources for growth and sustainable development, it is possible to mitigate the looming unemployment crisis.

Innovation, especially in agriculture is one way to bridge the unemployment gap. By adopting technology, the continent is able to leverage the young to increase productivity in the agricultural sector. To address the challenges in the sector, companies are coming up with novel ways of ensuring that the needs of the estimated 1.3 billion people will be met by 2030.

Even though funding for many companies in the agricultural sector remains a challenge this is not hindering the ambitions of companies like Releaf, an agritech start-up that develops proprietary hardware and software solutions.

To help achieve these ambitions, the company has raised US$2.7 million seed funding in a round led by Samurai Incubate Africa, Future Africa and Consonance Investment Managers with participation from Stephen Pagliuca, Chairman of Bain Capital and Justin Kan (Twitch).  The start-up also secured US$1.5 million in grants from The Challenge Fund for Youth Employment (CFYE) and USAID.

This funding will enable the development of industrial food processing technology in Nigeria’s smallholder-driven oil palm sector while the grant will enable Releaf to provide working capital and other value-added services for smallholders and small-scale processors. Grant funding will support the training, recruitment and retention of more women and youth in Nigeria’s oil palm sector through the creation of both digital and technical jobs.

Releaf CEO and co-founder, Ikenna Nzewi, says that the company’s mandate is to industrialize Africa’s food processing industry. He noted that the round of funding enables them to develop and prove their technology with smallholder farmers in the oil palm sector.

Given Nigerians spend more than 60 per cent of their income on food and Africa’s population is set to increase by 100,000 people per day over the next three decades, Releaf, he says, is presented with an incredible opportunity to feed more people, reduce consumer costs, and supply the fastest-growing food market in the world.

Releaf is committed to harnessing technology to accelerate the economic wealth of rural, agrarian societies throughout the continent.  “We firmly believe that a robust real economy is the foundation for long-lasting and shared prosperity for Africans and are excited to deepen partnerships with like-minded organizations, governments, and firms,” he asserts.

This new funding will enable better productivity and accelerate the eradication of the menial and archaic processes that are prevalent across Nigeria’s oil palm sector and the agriculture sector as a whole. It will also enable Releaf to drive more value and profitability across the oil palm value chain, as well as support direct and ancillary job creation in the farming communities of South and Eastern Nigeria.

The oil palm industry in Africa’s largest economy is dominated by smallholder farmers. These farmers control 80 percent of the local market share but production rates are low because many still rely on ineffective processes for de-shelling, including the use of rocks and inappropriate hardware.

These limiting processes also lead to low quality palm kernels which are largely unfit as input for high quality vegetable oil manufacturing.  As a result, food factories are unable to purchase these raw materials and operate significantly under capacity. On average, food factories have three times more installed capacity than utilization, which impacts the cost of food and hampers further investment into processing capacity.

Releaf acts as a bridge between smallholder farmers and food manufacturing companies with its proprietary patent-pending machinery, Kraken. Kraken can process any quality of palm nut into premium quality (95 per cent purity) inputs for food factories. Releaf’s software connects the start-up to more than 2,000 smallholder farmers, ensuring consistent, large-scale supply.

While palm kernel oil production is not foreign to Nigeria, Releaf’s technology and scale means it can process 500 tonnes of palm nuts per week. The software offerings also allow the start-up to receive inbound supply requests from farmers via USSD, provide working capital financing as well as collect proprietary data on supply availability.

According to UNIDO and FAO, agricultural mechanization is part of agro-industrial development. Despite this, it has either stagnated or retrogressed in many sub-Saharan African (SSA) countries. This has occurred despite strong support for mechanization from African political leaders and heavy investments in both animal traction projects and mechanically powered automation, such as in tractors, pumps and post-harvest processing equipment.

With this, Releaf is strategically positioned to become a successful player in plugging mechanisation gaps in Africa’s agriculture.  By adopting technological solutions to advance productivity, Africa is primed to finally become the global bread basket it is. However, this is a feat that requires all stakeholders to actively input their resources to make it happen.

AfDB President Akinwumi Adesina has severally said that technology transfer is immediately needed since evidence from countries like Nigeria demonstrates that with strong government backing, it yields positive results.

He adds that the technologies to achieve Africa’s green revolution exist but are mostly just sitting on the shelves due to lack of supportive policies to ensure that they are scaled up to reach millions of farmers.

As such, Releaf is primed to tap into the numerous opportunities offered by mechanising Africa’s agriculture.