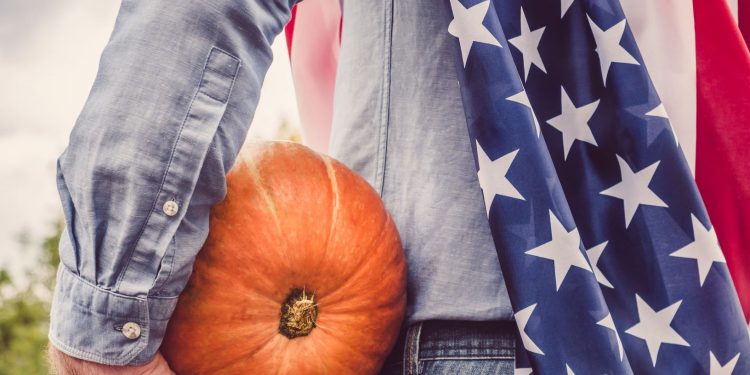 Kenya’s agricultural players wary of trade deal with the US

If Kenya were to raise its agriculture exports to the US by only 5%, Kenya could potentially realize gains in excess of KSh1.8 trillion ($16.7 billion).

by Kimani Chege
in Agribusiness
0
Share on FacebookShare on LinkedIn

In February 2020, just weeks after Kenya and the US had commenced talks to set up a trade deal, another announcement was being made. The US Department of Agriculture announced that Kenya will start receiving wheat from Idaho, Oregon, and Washington State after the states addressed plant health concerns.

The announcement ensured that a trade barrier that existed prohibiting US wheat exports was lifted. It allowed US wheat growers in the Pacific Northwest access to Kenya’s wheat market for the first time in over a decade after the US-Kenya Trade and Investment Working Group adopted a phytosanitary protocol.

Kenya’s domestic wheat production only meets around 10 percent of its annual demand. According to KNBS, Kenyans consume an estimated one million tonnes of wheat annually hence the country faces a deficit of more than 750,000 tonnes.

The country sources much of its wheat import volume from nearby suppliers—Tanzania, South Africa, Russia, Ukraine, and the EU—which often has a price and freight advantage over American wheat supplies.

This brought fear among farmers in Kenya’s wheat-growing regions of Narok, Laikipia, Nakuru, Uasin Gishu and Nyandarua. Despite local farmers not meeting the domestic demand, there was fear that the influx of US wheat might interfere with prices as most of the local farming is not subsidized.

There have also been fears that the US, through a negotiated trade agreement would see the entry of subsidized milk from the US. The International Dairy Foods Association (IDFA), the representative body of the US dairy manufacturing and marketing industry has petitioned the US Trade Representative to include milk products in the ongoing negotiations to have a US-Kenya trade agreement.

The letter to the US Trade Representative highlighted three priorities including market access, sanitary and phytosanitary measures as well as regulatory reforms to enable US dairy products to access the Kenyan market.

The letter reads, “Seek ambitious tariff reductions, including for protected dairy products in Kenya, while seeking a simplified, trade facilitative entry of US dairy imports into Kenya.  Currently, Kenya maintains its highest tariffs on a range of agricultural products, including dairy at an average of over 50 percent, because it considers dairy to be a “sensitive” product and uses tariffs to stabilize domestic prices.”

The US dairy industry, which supports more than three million jobs and pumps $620 billion into the US economy, relies on trade agreements to open new markets and increase exports. After being a net importer of dairy products a decade ago, the US now claims a dairy trade surplus of more than $2 billion and sends American dairy products to more than 140 countries.

US dairy exports have nearly tripled since the early 2000s, and the country became the world’s third-largest dairy product exporter behind New Zealand and the European Union (EU). Today, approximately one day’s worth of milk produced each week is exported, or roughly 15% of all production.

Kenya and the US have entered into negotiations for a free trade agreement (FTA), heralding an opportunity for Kenyan agricultural goods, among others, to enjoy increased access to the US market beyond the AGOA.

The ongoing negotiations about trade between Kenya and the US are seen to benefit the US. However, during a webinar organized by AmCham Kenya, lobby groups bringing in Kenyan and US traders noted there was much that the region stands to gain with the trade agreement.

The Ministry of Industrialization, Trade and Enterprise Development estimates that if Kenya were to raise its agriculture exports (amongst other products) to the US by only 5%, Kenya could potentially realize gains in excess of KSh1.8 trillion ($16.7 billion).

AmCham notes that there might be even more to be achieved with this trade. It cites the case of Mexico which in the 1930s through to part of the 1980s, maintained a strong protectionist trade policy until which time when its economy was on the verge of collapse Mexico had little choice but to liberalize trade.

Dr. Bimal Kantaria, Chair, Agriculture Sector Network, who was part of the webinar, observes that though the trade deal is great for both countries, there are real fears in the manner in which the local market adapts to changes that would be brought about.

“This is not like a preferential trade agreement—rather a free trade deal—with reciprocities on both sides. To our mind, this is a scary goal. We want full preferential entry to the US market, zero tariffs, and zero quotas.”

He says Kenya is a smaller economy compared to the US, there is a need to strike a balance between the two countries such that it limits large US multinationals from dumping their produce and altering market dynamics.

Morocco was the first country in Africa to sign an FTA with the US; Kenya hopes to join the list being the first sub-Saharan country to pen such an agreement. George Osure, Regional Director, Syngenta Foundation East Africa noted that for the Kenyan market to shield itself before such an entry to the US market, it has to reinforce key sectors that need boosting.

Osure noted, “Morocco had a sector strategy in which they had to ensure the interests of local farmers were protected. They reinforced cereals, poultry, and beef industries before they engaged with the US. This gave their much weaker industries a chance to compete with American markets. Coupled with capacity building, they were able to have a strong footing.”

The US Trade Representative, Ambassador Robert Lighthizer says the US-Kenya agreement will become a model for future trade agreements with other African countries. Kenya is currently the 98th largest goods trading partner of the US with $1.0 billion in total (two way) goods trade during 2018.

Exports totaled $365 million; imports totaled $644 million. The US goods trade deficit with Kenya was $279 million in 2018. According to the Department of Commerce, US exports of goods to Kenya supported an estimated five thousand jobs in 2018.

Read also: Fear for poor prices as US wheat is ready to access Kenya(Opens in a new browser tab)