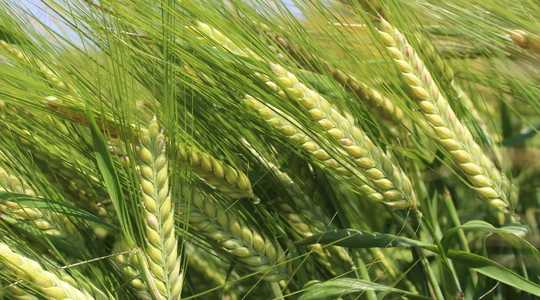 The US state department of Agriculture has announced that in collaboration with the plant health experts has addressed concerns that have kept the wheat from Idaho, Oregon and Washington from accessing the Kenyan market

Kenya is pursuing a new trade deal with the United States, a deal that was announced earlier in February during President Uhuru Kenyatta’s visit to Washington DC. To set the stage for the new deal, US department of agriculture USDA has announced that Kenya will start receiving wheat from Idaho, Oregon and Washington states after the states addressed plan health concerns.

Kenya has lifted the trade barrier to allow U.S. wheat growers in the Pacific Northwest (PNW) access to Kenya’s wheat market for the first time in over a decade after the U.S.- Kenya Trade and Investment Working Group adopted a phytosanitary protocol.

Effective immediately, U.S. wheat may now be shipped to Kenya, regardless of the state of origin or port of export, Agriculture Secretary Sonny Perdue announced.  For the last 12 years, USDA’s Animal & Plant Health Inspection Service (APHIS) has worked closely with Kenyan officials to address plant health concerns that kept U.S. wheat exports out of Kenya.

The U.S.-Kenya Trade & Investment Working Group, was established after an August 2018 White House meeting between President Donald Trump and Kenya’s President Uhuru Kenyatta. It provided the forum for APHIS, USDA’s Foreign Agricultural Service and the Office of the U.S. Trade Representative to finally resolve this long-standing issue with Kenya.

Kenya’s domestic wheat production only meets around 10 percent of its annual demand. The country sources much of its wheat import volume from nearby suppliers—Tanzania, South Africa, Russia, Ukraine and the EU—which often has a price and freight advantage over American wheat supplies.

U.S. Wheat Associates (USW) applauded the move saying, “That combination of obstacles puts the key to expanding U.S. wheat market share in an FTA that would resolve remaining issues and provide a tariff advantage to U.S. wheat. This would allow Kenyan flour millers access to quality U.S. wheat supplies at a lower cost. The United States currently supplies around 5 percent of this market or about 120,000 MT per year.”

The U.S. Trade representatives are also set to undertake discussion with Kenya on a Free Trade Agreement (FTA), mandated under the renewal of the 2015 African Growth and Opportunity Act (AGOA).

The wheat price in the world market has been on a steady rise since August 2018 when a tonne traded at US$224, rising to US$269.5 in December before settling at US$279.5 this month. Kenya relies heavily on wheat imports to meet the annual demand which according to the Cereal Millers Association is the major cause of the increasing prices since they are majorly dictated by international prices.

According to KNBS, Kenyans consume an estimated one million tonnes of wheat annually hence the country faces a deficit of more than 750,000 tonnes.

Even as millers celebrate, wheat farmers in Kenya are wary of the effects of the trade deal on the farm gate prices as most of the farmers do not receive farm subsidies and are often affected by pests, diseases and droughts.

In Kenya, it is the second most important cereal grain crop after maize and is grown in areas like Narok, Kitale, Nakuru, Trans-Nzoia, Uasin Gishu, Nyandarua and some parts of Laikipia.

Read also: Is Kenya abandoning trading blocs’ agreements for the US?(Opens in a new browser tab)