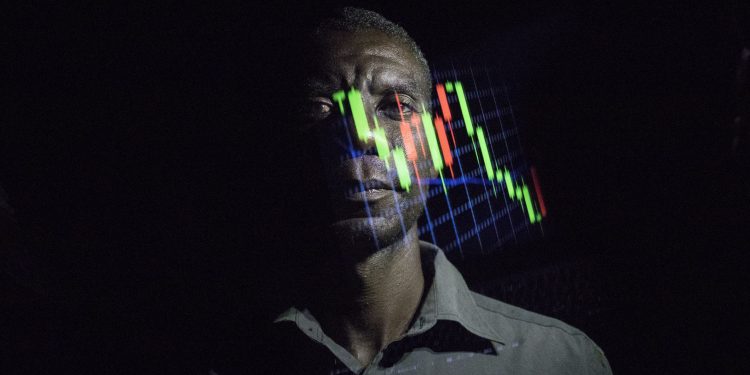 Is bitcoin the missing piece to the success of AfCFTA? [Photo/ Rest of World]

AfCFTA and Bitcoin: Is the crypto key to trade agreement’s success?

Without a uniform and a continentally accepted payment network, the AfCFTA is unlikely to succeed. However, there is an already existing common currency, bitcoin!

A statement by the United Nations Conference on Trade and Development (UNCTAD) says the AfCFTA has the potential to increase intra-African trade by up to 33 per cent and cut the continent’s trade deficit by 51 per cent.

Among the key policies critical to AfCFTA’s success are the elimination of tariffs, significant infrastructural development, and the harmonization of customs procedures.

AfCFTA aims to create a new borderless market that connects 55 different countries with a combined GDP of US$3.4 trillion and a population of about 1.4 billion people. According to World Bank, the success of the pact that began its implementation in January 2021 would forge the largest free trade area in the world.

The UN Economic Commission for Africa indicates that cargo transported by vessels would increase from 58 million to 132 million tonnes by 2030 with the implementation of AfCFTA.

The trade area will lift at least 30 million people out of poverty and add at least US$450 billion in potential income to the continent.

One of the challenges that frustrate the realization of the AfCFTA dream is the transaction of cross-border payments within Africa, which are slow and costly. There are over 42 different currencies, with currency conversion costs amounting to US$5 billion annually. Furthermore, most of these currencies are valueless outside of their country of use, making it almost impractical to trade with different African currencies.

Bitcoin as a viable solution to AfCFTA’S Cross-border payments

African countries’ attempts to form a common regional currency have proven futile precisely because of all the frameworks of laws that need to be revised and harmonized in the different countries. For example, the eco in West Africa and the shilling in East Africa.

Ghana and Nigeria have even gone ahead to create their central bank digital currencies, indicating their lack of belief in the workability of the eco.

What does this mean? In the next 100 years or more, Africa cannot create a common currency acceptable throughout the continent.

However, there is an already existing common currency, bitcoin!

Without a uniform and a continentally accepted payment network, the AfCFTA is unlikely to succeed.

Bitcoin as a common digital currency?

Bitcoin would begin operation in facilitating cross-border payments immediately as traders only need a crypto wallet.

Bitcoin wallets are interoperable and are not geopolitically limited. The digital currency is decentralized and does not require harmonizing fiscal and monetary policies of the 55 countries on the continent.

Traders will be able to transact with each other across their bitcoin wallets at a much faster and cheaper rate than traditional modes of payments.

This decentralized network uses smart contract functionality in the blockchain to enable instant payments across a network of participants. The network has enabled the reduction of transaction costs for bitcoin-denominated transactions, thus making micropayments possible and reducing the costs of remittances. This would greatly benefit informal traders, most of whom are unbanked.

The PAPSS is a centralized payment and settlement infrastructure for intra-African trade that was developed to allow for quicker processing of cross-border transactions. The African Export-Import Bank (Afreximbank) initiative, in concert with the AfCFTA secretariat and the African Union, was launched for commercial use on January 13, 2022.

How does PAPSS work?

When an individual, company or institution initiates an African cross-border transaction, compliance checks between the countries involved are done within the system instantaneously. Money from a sender’s bank goes straight to the beneficiary’s bank within a couple of minutes.

This development is a great leap forward toward smoothening cross-border payments, but it has a few significant fallbacks:

In 2021, El Salvador officially made bitcoin legal tender. Nayib Bukele, the country’s president, said that the move would offer digital banking services to the unbanked population, who make up about 70 per cent of the population. Twenty-one days after the announcement by President Bukele, Chivo (the government-backed bitcoin wallet) had 2.1 million Salvadorans using it. The wallet reported more users than customers registered under any Salvadoran bank. Within 45 days, the wallet signed over 4 million new users out of 6.5 million people.

According to the UN and the African Development Bank, the informal sector also contributes at least 55 per cent of the continent’s US$1.95 trillion GDP. Traditional financial services providers have either ignored or have not been able to support this sector. The prohibitive cost structure of traditional financial services makes it unprofitable to service the informal sector.

Bitcoin adoption in the informal sector

Bitcoin adoption is easy to go around. The adoption of bitcoin would immediately grant informal businesses access to an open, permissionless and geographically penetrable monetary network.

Bitcoin’s decentralized nature makes it the ideal universal currency for the settlement of cross-border transactions. Additionally, it would be easy to create a universal pricing standard across Africa when goods and services are priced using bitcoin, leading to efficiency in production and competitive pricing for similar goods or services in the market.

Moreso, Bitcoin has the advantage of immediate and final trade settlement. The need for transactions to pass through offshore banks for clearing and settlement and the associated costs is eliminated. Bitcoin adoption will not only reduce unnecessary delays but will also evade the risk of exchange rate fluctuations due to exchange rate misalignments. Individuals and companies operating businesses in countries experiencing hyperinflation would be able to use bitcoin as a hedge, consequently insulating themselves from these challenges that hit the informal sector the most.

The AfCFTA’s objectives to boost intra-African trade can only be achieved with quality infrastructure.

Africa faces significant challenges in securing finance for infrastructure development. The challenges are caused by political instability, underdeveloped local currency capital markets and weak tax systems. According to the African Development Bank, the current infrastructure investment needs in Africa are between US$130 billion to US$170 billion annually, with a financing gap of US$68 billion to US$108 billion.

Energy infrastructure is a significant financing need in Africa. More than 600 million people in sub-Saharan Africa are without access to electricity. The energy infrastructure inefficiency drives up the cost of doing business and hinders the delivery of quality services such as healthcare and education. Africa needs to get alternative sources of finance to bridge the gap.

In conclusion, Bitcoin adoption presents central banks in Africa with a unique opportunity to accumulate and hold bitcoin as part of their reserves.

For the imminent multipolar world that we are currently living in, Bitcoin adoption reduces reliance on currencies like the euro and the dollar for trade. Countries like El Salvador and the Central African Republic will have an advantage over their peer if the adoption of bitcoin continues to increase. African central banks would gain a significant first-mover advantage in this regard ahead of most central banks globally.

Meeting the objectives of the African Continental Free Trade Area will require a lot of creativity, tenacity and willingness to experiment with new ideas and approaches.