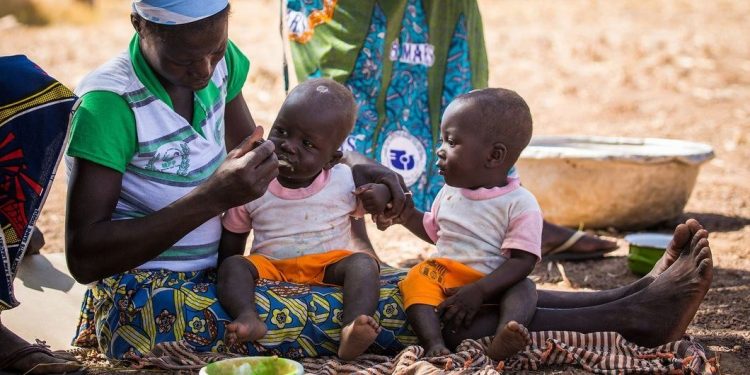 Could AfCFTA be the answer to Africa’s poverty struggle?

The AfCFTA is an ambitious trade pact that has been hailed as the continent's game changer towards economic development, being the world's largest free trade area. The Agreement, which the AU brokered in 2018, creates a single market for goods and services of almost 1.3B people across Africa by reducing tariffs and could have a combined GDP of US$3.4 trillion.The World Bank estimates that if the Agreement's goals are fully realized, it could lift 50 million Africans from extreme poverty and create 18 million new jobs by 2035, with real income rising by 9 per cent.

For aeons, Africa has been synonymous with extreme poverty levels, so much so that in 2000 it was branded the ‘hopeless continent’ by the Economist.

Conversely, the trajectory has been steadily shifting, with the continent recording exponential growth in GDP and average incomes. However, the cherry on the cake has been the projected massive potential of the African Continental Free Trade Area (AfCFTA), which commenced operations in the dawn of 2021, offering a lifeline for alleviating this deeply entrenched poverty.

The World Bank estimates that if the Agreement’s goals are fully realized, it could lift 50 million Africans from extreme poverty by 2035, with real income rising by 9 per cent. Deloitte estimates that by 2030, half a billion Africans will have disposable incomes; by 2025, most African households and businesses’ spending could hit US$5.6 trillion.

Currently, 46 countries have submitted their tariff offers, including four Customs Unions, 29 tariff offers have been technically verified for trading, and 87.7% of tariff lines have been agreed upon under the Rules of Origin negotiations. Actual trading in several countries including Egypt, Ghana, Kenya, Tanzania, Rwanda, Tunisia, Cameroon and Mauritius will begin soon. Phase two of negotiations on Investment, Intellectual Property Rights, Competition Policy, Women and Youth in Trade and Digital Trade are ongoing.

The first aspiration of AU’s Agenda 2063 is the goal to eradicate poverty and inequalities of income; this is additionally enshrined in the UN Sustainable Development Goals (SDGs) adopted in 2015, with a target deadline of 2030. However, Africa may not meet SDG 1, which seeks to end poverty in all its forms for 97% of the population. According to the World Population Review, Africa is the poorest continent despite most African countries gaining independence in the 1960s. Inarguably, poverty has been an existential wound that has cast a dark shadow over the continent, a rather sharp contrast to the vast wealth in the continent’s natural resources.

Of the 27 countries ranked by the World Bank as low-income economies, 23 are in Africa, also home to 21 of the world’s 55 lower-middle-income countries. In 2022 around 460 million people on the continent are living in extreme poverty, with the threshold at US$1.90 a day.

Furthermore, the extreme poverty rate in Africa stands at around 50 per cent among the rural population, compared to 10 per cent in urban areas. Most poverty is concentrated in the Sub-Saharan Africa region. Central Africa has the highest extreme poverty rate of 54.8%, followed by Southern Africa at 45.1%. Rates in Western and Eastern Africa stand at 36.8 per cent and 33.8 per cent, respectively. In 2019, North Africa already met the SDG target of a poverty rate below 3 per cent. Poverty is a single word but has profound manifestations in diverse areas highlighted by low life expectancy, poor quality of life, low literacy levels, malnutrition, lack of access to basic amenities such as food, water and sanitation services, lack of electricity and internet connectivity. The Covid-19 pandemic further led to an increase in the number of people living in abject poverty. According to a study conducted by the Economic Community of West African States (ECOWAS), in partnership with UNECA and the World Food Programme (WFP); extreme poverty levels in West Africa rose by nearly three percent in 2020 and the proportion of people living on less than US$1.90 a day jumped from 2.3 per cent in 2020 to 2.9 per cent in 2021. Moreover, countries’ debt burden increased amid slow economic recovery, shrinking fiscal space and weak resource mobilization. More than 25 million people across the region are struggling to meet their basic food needs.

Despite numerous forecasts of poverty decline and massive foreign aid to Africa, why have poverty levels in the continent not ameliorated significantly hitherto? Several factors such as political instability, corruption, terrorist insurrections, civil wars and ethnic conflicts, have primarily contributed to the status quo. However, can the trade deal be Africa’s answer to end systemic poverty? 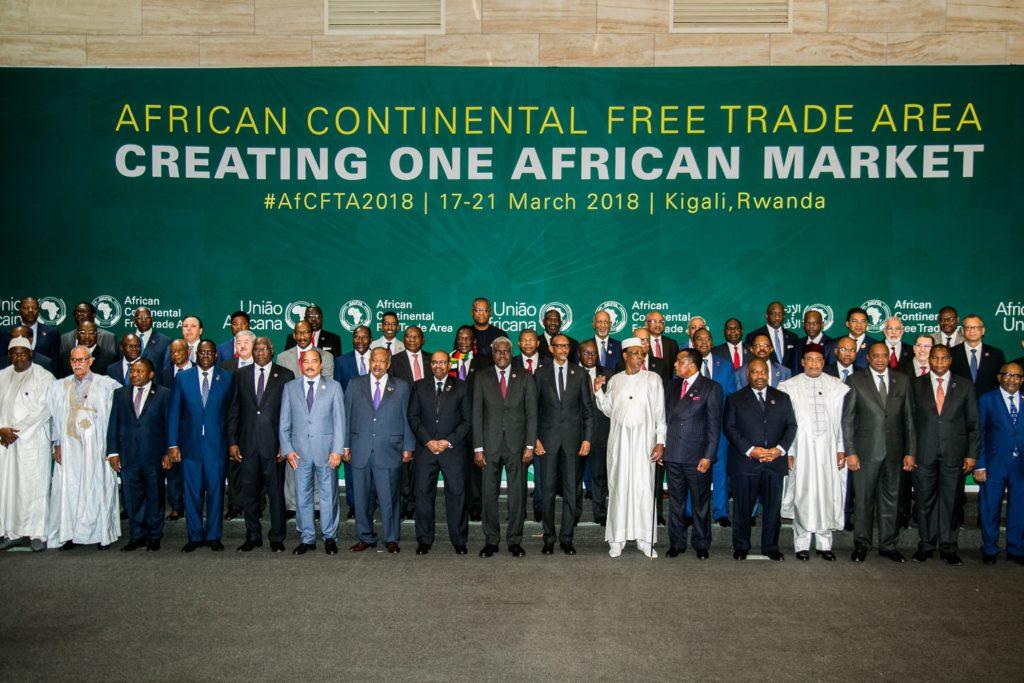 The Launch of the AfCFTA in 2018,set to spur trade and eradicate poverty in Africa. Image Source-RDA

How can AfCFTA aid in boosting incomes and poverty eradication?

The AfCFTA is an ambitious trade pact that has been hailed as the continent’s game changer towards economic development, being the world’s largest free trade area. The Agreement, which the AU brokered in 2018, creates a single market for goods and services of almost 1.3B people across Africa by reducing tariffs and could have a combined GDP of US$3.4 trillion. As of May 2022, 43 of the 54 signatories had ratified the Agreement making them parties. The UN Conference on Trade and Development (UNCTAD) in its 2021 Economic Development in Africa Report; indicated that the total untapped export potential of intra-African trade is around US$21.9B equivalent to 43 per cent of intra-African exports.

According to the 2020 World Bank Report, ‘The African Continental Free Trade Area: Economic and Distributional Effects’, extreme poverty would decline across the continent under AfCFTA, with the most significant improvements in countries with currently high poverty rates. West Africa would see the most significant decline of 12 million people, which is a third of the total for all of Africa. Central Africa would see a drop of 9.3 million, Eastern Africa of 4.8 million and Southern Africa of 3.9 million. Countries like Guinea-Bissau, Mali and Togo would record massive declines from 37.9 per cent to 27.7 per cent, 14.4 per cent to 6.8 per cent and from 24.1 per cent to 16.9 per cent, respectively.

In a recent follow-up report still by the Bretton Woods Institution and the AfCFTA Secretariat, ‘Making the Most of the AfCFTA: Leveraging Trade and FDI to Boost Growth and Poverty Reduction’ that builds up to the initial one; the trade pact could boost regional incomes by as much as 9 per cent to US$571B. Furthermore, it could create almost 18 million more higher-paying and better-quality jobs. Consequently, the resulting employment and income growth could help up to 50 million people exit extreme poverty, with wages for female workers expected to be 11.2 per cent higher in 2035. Compared to the wage level without the Agreement, this outpaces the 9.8 per cent growth of male workers’ wages. 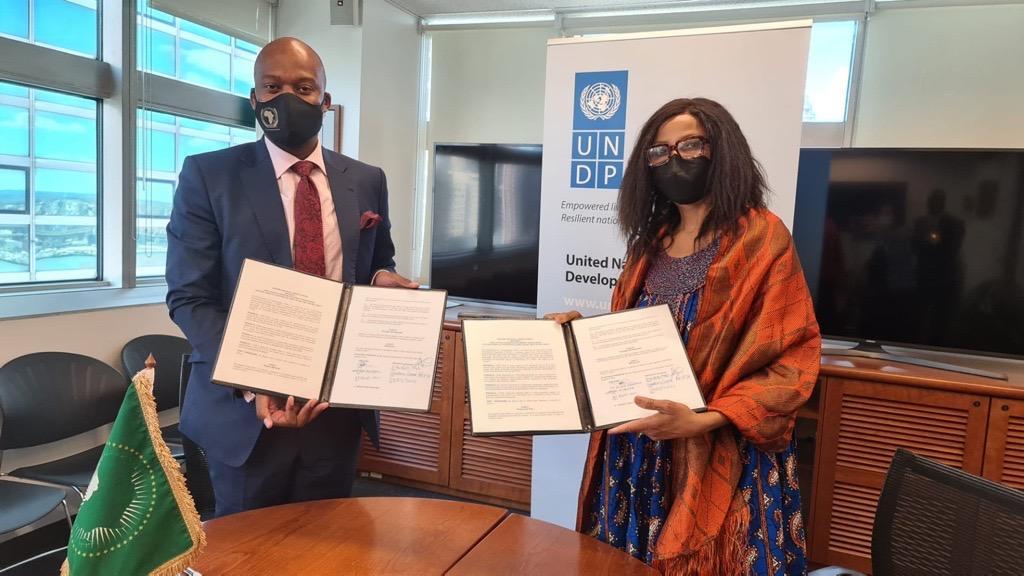 “Today, Africa is one of the least integrated regions globally. African countries trade more with the outside world than with each other. The pact can help countries simplify and harmonize trade and transit procedures, improve infrastructure, transport and logistics and spur the flow of goods, services, capital and people that are so vital for development,” noted Wamkele Mene, the Secretary–General of the AfCFTA Secretariat, during the launch of the report in June 2022.

The report indicated that AfCFTA has the potential to attract greater FDI, required for Africa to diversify into new industries such as agribusiness, manufacturing and services. The report projects that this could create 18 million new jobs by 2035, with 2.5 per cent of the continent’s workers moving to new industries. In addition, more significant FDI could raise Africa’s exports to 32 per cent by 2035, with intra-African exports growing by 109 per cent, especially in the manufactured goods sectors. All countries will record an intra-African export increase, such as Tunisia by 165%, Cameroon by 144%, Ghana by 132%, Tanzania by 126% and South Africa by 61%.

Breaking trade barriers will increase investment and export sectors likely to grow the most: textiles and apparel, rubber, chemical and plastic products, and processed foods. Deeper integration would lower trade costs and boost capital inflows, bolstering exports from service sectors such as communication, transport and hospitality.

According to the ‘Futures Report: Which Value Chains for a Made in Africa Revolution’ prepared by the UNDP and AfCFTA Secretariat, there are opportunities that need to seizing for the One African Market, such as pharmaceuticals; automotive; cultural and creative industries; cocoa; soya; leather and tanned products; mobile financial services; lithium-ion batteries; textiles and apparel; vaccine manufacturing. In view of this, governments and entrepreneurs on the whole, can identify which opportunities are best suitable for their nation’s entry into the AfCFTA market.

Unemployment has largely contributed to the rise in poverty levels in Africa. However, through AfCFTA, which has the potential to create more jobs and entrepreneurship opportunities for more young Africans, the continent will record a massive decline in people living below the poverty line. Into the bargain, a rapid surge in entrepreneurship ventures is further widening the job market for the youth, who are the continent’s future, thereby inevitably boosting revenues and further kicking poverty to the curb.

The AfCFTA Secretariat recently launched a digital platform to ease trade in the continent. The platform, dubbed ‘The AfCFTA Hub’, is an interconnect clearing house for national government, intergovernmental, public and private digital and partnership platforms to link together all businesses to drive the success of the Agreement. The hub is designed to grow into a single, trusted directory of the services needed to navigate the AfCFTA for small players, such as SME’s and startups, thereby making the pact more inclusive.

“It is important to ensure the centrality of SMEs, startups and female entrepreneurs as we strive to build the world’s most inclusive, most innovative and most integrated Single Market,” stated Mene during the launch.

As Africa is amid the fourth industrial revolution, the platform will foster a conducive environment for intra-African trade, boost incomes and mitigate poverty.

How to start a business in Rwanda