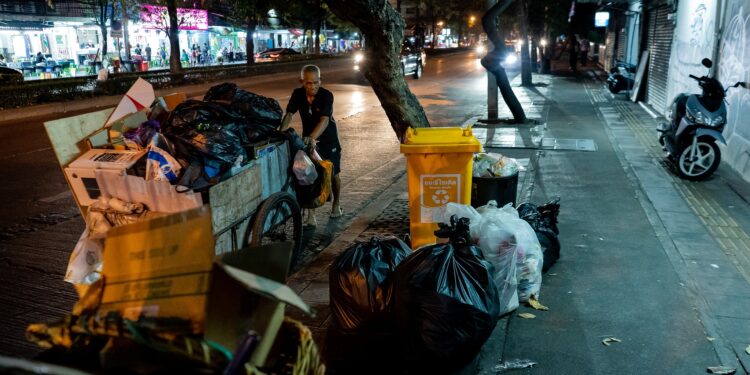 Inequality has been a thorn to most world's government: Photo/ Pixabay

Global billionaires’ wealth grew by $3.7 trillion, equivalent to annual spending on public health by all world' s governments before covid—which is $4 trillion

Around one billion people live on less than one dollar per day, while the wealthiest 10 per cent of the population currently take 52 per cent of the global income and the poorest half just 8 per cent (World Inequality Report, 2022).

The World Inequality Report brings concise and up-to-date data on various aspects of global inequality. Hence, the report marks inequality as a constant thorn hurting the economies of developing nations, even after three decades of trade and financial globalization.

In terms of numbers, the report pointed out that during the first wave of the pandemic, global billionaires’ wealth grew by $3.7 trillion, which is equivalent to the total annual spending on public health by all governments in the world before the pandemic—which is approximately $4 trillion.

In the right words, still, most Planet Earth inhabitants fall below the impoverishment line as the world’s wealthy individuals soared to a record during the Covid-19 crisis, according to a Paris based group, World Inequality Lab.

Contrary to that, an independent think-tank, Gapminder, based in Sweden, argues that there are considerable differences in income between the richest and the poorest.

The think-tank argued that in reality, most of the world population lives in-between being rich and poor. Further, the numbers present a rather chilling reality as about 2,750 billionaires control 3.5 per cent of the world’s wealth. 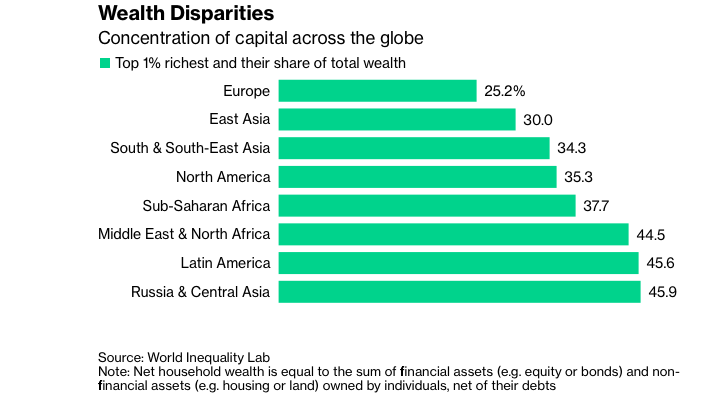 The World Inequality Lab co-director Lucas Chancel argued that “there is this polarization on top of a world that was already very unequal before the pandemic”.

The co-director noted that world billionaires gathered $4.1 trillion of wealth during a crisis in which the World Bank estimates that some 100 million people have fallen into extreme poverty.

Further into this scenario, the International Monetary Fund (IMF) argued that the severe impact of the pandemic is seen on the welfare of the people, as at least 120 million people have been pushed into extreme poverty and a massive global recession.

Breaking down the scenario even further, the report finds that wealth distribution has occurred unevenly, sparking visible distinctions.

The wealthiest 10 per cent of the population has control of at least 60 to 80 per cent of the wealth. On the other hand, poorer countries have been catching up with richer ones, but inequality has soared within those developing nations (Bloomberg News).

More on that angle, same-country disparities now account for more than two-thirds of global inequality, an increase from half twenty years ago (World Inequality).

What other sources say

It is essential to understand the inequality scenario from various standpoints.

The World Bank (WB) October 07 report brought another perspective to the table on the role of Covid-19 in widening inequality. “Poorer countries are contending with a deeper, longer-lasting crisis that has increased global poverty and is reversing recent trends of shrinking inequality”.

The world’s poor have been significantly impacted by the pandemic. In 2021, the average incomes of people in the bottom 40 per cent of the global income distribution are 6.7 per cent lower than pre-pandemic projections, while those in the top 40 per cent are down 2.8 per cent.

In Africa IMF forecasted the economy to recover based upon improvement in trade and commodity prices.  The pandemic has also hurt households; 85 per cent of households in Senegal reported income losses in the first months of the pandemic.

Before the pandemic, inequality – in this case for Africa – was still a concerning problem, particularly in South Africa (the region’s diverse economy) as one of the unequal countries in the region. However, the virus has instead propelled the situation even further.

Looking down on the consequences of the above, coping mechanisms with income inequality might wither vulnerable population’s financial advantage – WB argues they are likely to spend assets/savings, making them less viable to deal with income losses.

However, this phenomenon isn’t rocket science. There are available means to put to an end some of these circumstances – at least for the majority of the people.

Vaccination—increasing recovery mechanism in low and lower-middle-income countries is one of the promising approaches to take.

“To ensure that the recovery is equitable and benefits all groups within countries, spending and policies that target women, low-skilled workers and urban informal sector workers are necessary. This includes equal access to financial services and technology and investing in safety nets and social insurance. In addition, children and parents need to be supported through policies as schools reopen,” the WB argued,

On the bright side, the pandemic has taught most countries with vulnerable economies that developing equitable employment approaches, increasing economic inclusion and creating decent work and higher incomes are vital for the welfare of the majority of the people.