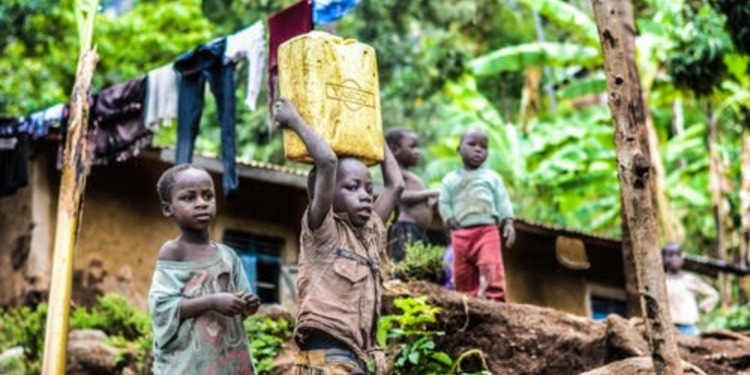 The continent lags the rest of the world and will not meet the UN Sustainable Goal of eradicating poverty by 2030.

The COVID-19 pandemic has pushed an estimated 30 million people in sub-Saharan Africa into extreme poverty, wiping out more than five years of progress.

This is according to a report released at the ongoing Bloomberg New Economy Forum in Singapore which finds that whilst some ground will be made up as economies across the continent recover, this will still not be enough to meet the United Nations’ Sustainable Development Goal of eradicating poverty by 2030 – a target that was already a stretch before the pandemic hit.

The Bloomberg Economics Special Report titled Long Covid: Jobs, Prices and Growth in the Enduring Pandemic speaks to the challenges the Covid-19 pandemic poses for growth, inflation and development globally.

A piece titled Half a Billion in Poverty and Counting: How Covid Derailed Africa’s Development Goals models how a lost year of growth has affected poverty reduction goals in Africa.

The turn of the century saw Africa’s economy on an upward trajectory due to reduced conflict, allowing for better economic policies and increased macroeconomic stability.

This resulted in better living standards for the populations — people became healthier, access to basic services such as water and sanitation improved, school enrolment increased, and the share of people living below the World Bank’s extreme poverty line of $1.90 per day fell from 58% in 2000 to 42% by 2015.

The report notes that since 2016, growth has faltered. The slowdown started a year after the adoption of the Sustainable Development Goals — the universal call to eradicate poverty by 2030 through progress on 17 integrated goals that range from health, education, inequality and climate change.

Sub-Saharan Africa continues to lag behind on most of the goals. Most notable is the lag on poverty reduction; before the pandemic in 2019, Africa had more than 60% of the world’s 700 million poor.

The Covid-19 pandemic threatens to throw the region further behind. In 2020, sub-Saharan Africa plunged into its first recession in more than 25 years, erasing at least five years of progress in fighting poverty.

Economists forecast that lost ground won’t be recovered until 2024, when we expect per capita output to return to pre-pandemic levels.

Sluggish vaccine rollout means many countries will continue to deal with virus outbreaks that delay the safe reopening of their economies. Rising debt service costs will continue to squeeze out much-needed development spending even when the virus effects fade.

The persistent impact of the pandemic on incomes means the poverty rate would translate into almost 25 million more people living in poverty, compared with pre-Covid estimates.

To make notable progress on poverty eradication, Africa will require immense support from the international community given the region’s limited resources.

To address this gap, funding from official creditors including the IMF, the largest providers of external debt, remain crucial for sub-Saharan Africa.

Over the past 20 years, China has become one of the largest creditors on the continent and has seen its share of debt owed rise from about 40% in 2010 to more than 63% at the end of 2019. The West’s share meanwhile, has halved from around 30%.

Beijing is now looking to deepen its ties with the region through the Belt and Road Initiative, a plan to advance development priorities by investing in infrastructure projects around the world. More than half of the 60-plus recipient countries are in Africa, increasing incentives for China to play a bigger role in the sub-Saharan area’s fight against poverty.

Done right, increased engagement with China promises to build needed infrastructure and open new routes to trade, helping deliver on Africa’s poverty reduction goals. Done wrong, it threatens to add to the debt and stymie the development of native manufacturing industry, adding to the region’s many other challenges.

The Bloomberg New Economy Forum in Singapore is convening over 495 participants in-person and virtually including public and private sector leaders from around the world, including representatives from Africa to contribute to new thinking on pathways toward a global recovery as the world reels from the impact of the COVID-19 pandemic. 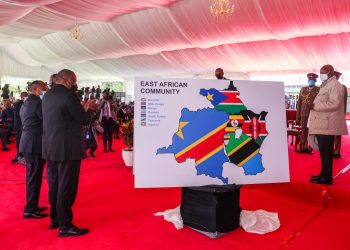 Co-operative Bank posts 20% rise in net profit to KSh 16.5b in third quarter