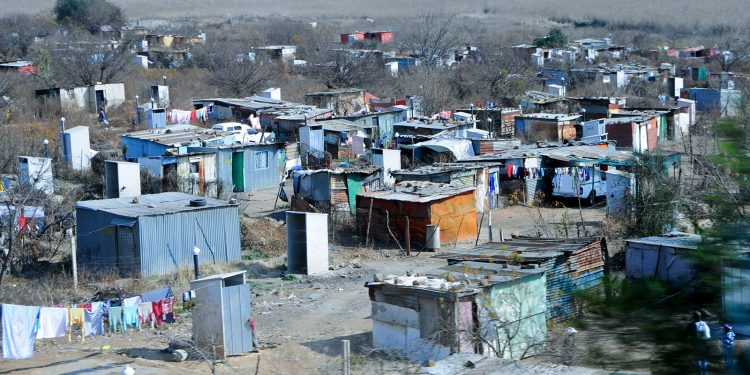 More than 25 million people across the African region struggle to meet their basic food needs with the UN arguing that the latter is a nearly 35 per cent increase compared to 2020.

The covid-19 pandemic has advanced global poverty and continues to do so having pushed over a quarter of a billion people into extreme destitution.

By accelerating indigence in Africa, the pandemic is marring multiple efforts on the ground to eliminate impoverishment (Oxfam International).

Different estimates point toward detrimental scenarios for people within vulnerable financial situations. The World Bank had projected Covid-19, a worsening inequality, to add around 198 million extreme poor in 2022, which pulls back twenty years of efforts against poverty.

“Based on research by the World Bank, Oxfam now estimates that rising global food prices alone will push 65 million more people into extreme poverty, for a total of 263 million more extreme poor this year, equivalent to the populations of the UK, France, Germany and Spain combined” Oxfam publication noted.

The scenario presents uncertainty, especially for developing nations. Poverty in Africa is a thorn within the region’s growing economies.  The pandemic pushed extreme poverty to nearly 3 per cent (United Nations).

More than 25 million people across the African region struggle to meet their basic food needs. The UN argued that the latter is a nearly 35 per cent increase compared to 2020.

The situation has forced families to sell off their valuables to put food on the table—thus, nations faced with conflicts such as the Lake Chad Basin region, the Sahel, and the Liptako-Gourma region bordering Burkina Faso, Mali and Niger.

Global poverty has been a painful thorn in the continent. The World Bank April 2022 update pointed out that reducing extreme poverty at the global level has been steadily increasing.

Oxfam International executive director Gabriel Butcher argues that without immediate radical action, the world could witness the most profound fallout of humanity into extreme poverty and suffering in memory.

Global poverty is not only the current threat to the progression of humanity. Inequality is yet another block that spikes the fire.

According to Oxfam, even after the pandemic threw higher costs of life to communities worldwide, the wealth billionaires own risen sharply compared to 14 years ago.

In this case, South Africa presents an exciting take to analyze. South Africa is an unequal country in the world.

In the second top economy in Africa, race plays a crucial factor in fueling inequality, where 10 per cent of the population owns more than 80 per cent of the wealth, according to information from Aljazeera.

On the governmental level, complications may arise when handling mass starvation and social cohesion for millions of people in locked nations in East Africa, Yemen, Syria and the Sahel.

“The brief notes that a wave of governments is nearing a debt default and being forced to slash public spending to pay creditors and import food and fuel. The world’s poorest countries are due to pay $43 billion in debt repayments in 2022, which could otherwise cover the costs of their food imports. Global food prices hit an all-time high in February, surpassing the peak crisis of 2011. Oil and gas giants are reporting record-breaking profits, with similar trends expected to play out in the food and beverage sector,” Oxfam International publication noted.

It goes deeper towards workers’ welfare worldwide, where real-term wages stagnate or even fall. The latter is triggering gender inequalities as well, as job losses led by the pandemic.

The latter could impact the average monthly wage significantly in Africa for workers who are the backbone of households’ economies.

Numbers explain the threat of extreme global poverty quite well. Oxfam noted that rising food costs account for 17 per cent of consumer spending in wealthy nations but as much as 40 per cent in Sub-Saharan Africa.

“An annual wealth tax on millionaires starting at just 2 per cent and 5 per cent on billionaires could generate $2.52 trillion a year —enough to lift 2.3 billion people out of poverty, make enough vaccines for the world, and deliver universal healthcare and social protection for everyone living in low- and lower-middle-income countries” Oxfarm International argued.