According to a recent report from the United States (US) Department of State, lax border security in East Africa is behind worsening drug trafficking in the region and the world.

Titled ‘The 2021 International Narcotics Control Strategy Report’ the detailed document single out port countries of Tanzania and Kenya as the transit points for local and international courier networks. According to the report, these two countries are the gateways  for drug trafficking into southwest Asian among other regions.

Prepared by the Bureau for International Narcotics and Law Enforcement Affairs, the report shows that these two countries’ location, poor border security capacity and corruption make them, the drug traffickers’ choice ports of entry and exit. 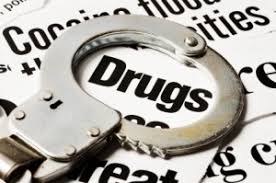 “International drug trafficking organisations and courier networks transit through Tanzania to smuggle heroin from southwest Asia. Traffickers transport heroin via small vessels to Zanzibar and mainland Tanzania and over Tanzania’s land borders with Kenya and Mozambique to destinations in Europe and North America,” reads the report in part.

Just to show the weight of the problem, last April saw law enforcement officer seize 300 Kg of heroin, where? You guessed it, it was none other than the ‘City of Peace’ Dar es Salaam. In that incident, the Tanzania’s Drug Control and Enforcement Authority (DCEA) managed to arrest a Nigerian and two Tanzanian nationals in connection to that enormous drug consignment.

Been almost half a tonne of drugs, the seizure was one of the largest in Tanzania’s history on one hand but on the other hand, it also shows just how drugs are been shipped through the country at any one time.

Only a few months after that seizure the DCEA made another huge burst seizing more than five metric tonnes of marijuana. And again in October, DCEA in Tanzania destroyed a total 120.9 Kg of seized heroin and cocaine. That is how much drugs are been trafficked through the commercial port city of Dar es Salaam as well as neighbouring port city of Mombasa across the border in Kenya.

With so much drugs on transit through a place, it is almost inevitable that the residence are warrant to start consuming changing the city from a transit to a destination. As the report warns ‘…there are indications that domestic drug use is on the rise in Tanzania.

What is strange here is that despite border lock downs and restricted transport and travel still  the trafficking was dominant through the pandemic period in 2020. It is within this period of border closures that the largest quantities of heroin were reported seized by Tanzania, including a seizure of 270 Kg in April 2020, and 342 Kg of heroin caught in a truck travelling from Mozambique to South Africa that was nabbed in September 2020.

In that same time, at the height of the pandemic, some 263 seizures of smaller amounts were reported by other countries in sub-Saharan Africa (Benin, Côte d’Ivoire, Ghana, Kenya, Liberia, Malawi, Nigeria and Uganda) and in North Africa (Egypt, Morocco and Tunisia),” reads the report.

Back in 2018, Interpol reported that drug traffickers are using the eastern African coast as their open transit route for illicit drug trafficking from Afghanistan, Pakistan, Iran, India, Brazil, Bolivia and Peru with destinations including South Africa, Europe, the United States and Asia.

The situation is no better across the border in Kenya, since both countries are geographically on the Indian Ocean they are major international air and water transit locations for traffickers from Asia and Latin America to Europe and the Arabian Peninsula.

As is the case for Tanzania, the report also cites corruption as a central reason behind traffickers choice of ports. As a result Kenya is also a transit country that is quickly becoming a destination for a various of drugs and especially heroin and cocaine as well as drugs that are used to produce methamphetamine.

“Heroin originating from Southwest Asia enters Kenya both from direct shipping across the Indian Ocean via south Asia and, increasingly, from countries to the south, such as Tanzania and Mozambique. Most of the heroin entering Kenya is destined for international markets, principally Europe. Cocaine enters Kenya primarily via transshipment through Ethiopia from South America,” it reads.

Nonetheless, like Tanzania Kenya recognizes the threat that is posed by the drug trade and is taking steps to cover its porous ports. The country has developed a Maritime Security Strategy and also invested in capacity building for its Coast Guard Service (KCGS). Notably, Kenya has also increased cooperation with regional maritime security bodies including the Djibouti Code of Conduct.

So much are these initiatives working that the US report says; “Increased enforcement and preventive measures in Kenya have in recent years pushed maritime drug transport to the south, toward Tanzania, Mozambique, and beyond.”

To show part of that success story, in early 2020, Kenya’s Anti-Narcotics Unit seized 18kg of heroin and two metric tonnes of cannabis, along with trace amounts of cocaine, methamphetamine, ketamine, and rohypnol. Authorities also seized about $255, vehicles and cash all associated with drug trafficking.

“The Kenyan government is expanding its liaison and communication with drug and border enforcement authorities in East Africa and undertaking assessments of its border security capacity and capability to combat trafficking of illegal drugs and other goods,” the report details.

Generally speaking, and by considering the volume, most drug shipments seized anywhere in the word is reported to have come from/through South Africa, Morocco and Kenya. The report shows that in 2019, about four tonnes of heroin and morphine was seized in the continent in 2019, accounting for about three per cent of the global quantities of heroin and morphine seized.