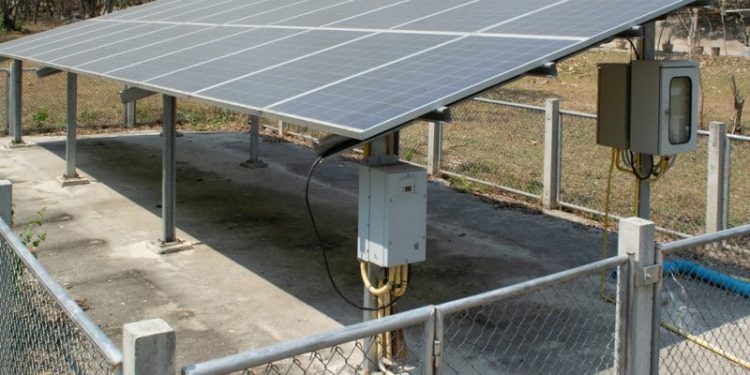 The off-grid solar sector has expanded into a $1.75 billion annual market serving 420 million users over the past decade and continues to grow.

The 2020 Off-Grid Solar Market Trends Report that has been released this month reveals how Africa could reap high benefits in the near future.

The report is basically an in-depth analysis of current market dynamics, projections for the coming five years, and also a blueprint to helps various actors compete in a robust evolving industry ecosystem.

The report, which is the fifth in a series, published by the World Bank Group and the Global Off-Grid Lighting Association (GOGLA), drew in about 1,000 industry leaders, financiers and government representatives by showcasing key industry trends, advances in technology, finance, policy and social impacts.

The 2020 edition spotlighted the industry remarkably, in fact—the edition estimates that the off-grid solar sector currently caters lighting and other auxiliary services to over 420 million people.

Noting that the industry has made enormous efforts in the past decade to assist the developing countries to attain their energy access goals, hence—escalating their collective efforts towards domesticating global sustainable Development goal (SDG) number 7, Affordable and Clean Energy.

According to the report summary published by the World Bank (WB), off-grid solar solutions have played a pivotal role in extending energy access to millions of people in Sub-Saharan Africa, as well as South Asia.

Taking a closer look in Africa which 600 million live without access to electricity, it is a fact that the youngest continent definitely facing the world’s biggest gaps in energy access rates.

Thus, policymakers, private investors and end-users have resorted to the embracement of off-grid solar products as an affordable and sustainable solution for electricity access, as productive use appliances for irrigation, cooling and refrigeration have helped provide a source of income for households across the agricultural, industrial, commercial, and public sectors.

According to the report, the off-grid solar sector has grown quickly over the past decade and is now a $1.75 billion annual market serving 420 million users, thus—growth is projected to prolong.

In order for the sector growth to prolong, more investments are required for the industry to achieve universal access to electricity by 2030.

However, in a business-as-usual scenario, the off-grid solar sector will serve 388 million people with the most basic level of electricity access by 2030.

It is argued that his growth will be insufficient to achieve universal access targets. To sustain the business-as-usual scenario over the next five years, the sector needs $1.7 billion to $2.2 billion in external investments from 2020 to 2024.

Also, in order to achieve universal access, the off-grid solar sector would require additional financing between $6.6 billion to $11 billion. Of this total need, $6.1 to $7.7 billion will have to be sourced from investments into off-grid solar companies, and up to $3.4 billion represents public subsidies to bridge the affordability gap.

The report also noted that, as the sector grows and productive use of off-grid solar solutions such as solar water pumps, cold storage and other products servicing public institutions become natural expansion areas, companies are increasingly focused on the financial sustainability of the sector and the need to demonstrate profitability and increase transparency around operational efficiencies.

What does this mean for Africa?

Countries such as Tanzania, Kenya, Nigeria, and Ethiopia have been leading in the adoption of off-grid solar systems in the continent, this is according to information from Africa.com, a business publication, hence—about 66 per cent of all units sold in the continent are accounted in Tanzania, Ethiopia and Kenya.

This means that Africa could be the next leading market for the off-grid solar ecosystem, as the continent longs for reliable and sustainable means of generating and consuming electricity.

In that context, Pay-as-You-Go (PAYG) firms are gaining traction in Africa, whereby firms offering such services are stimulating the sector quite well, attracting four-times as much investment in half the time.

It is estimated that there are about 20 companies that provide financing active in that line, serving half a million customers in East Africa.

In the quest to accomplish the SDG goal 7 and attain universal access targets, Africa has positioned itself at the right spot for growth. Over the years the continent’s strong development financier, Africa Development Bank (AfDB) has funded largest solar energy projects in Zambia, and Morocco, which shows the continent’s commitment to growth is firm.

The continent is also having a healthy environment for innovative solar energy solutions, and Kenya has demonstrated that, by having young-experts designing solar-powered cold-storages aiding rural small-hold farmers store their farm-produce.

With the availability of internal funders such as AfDB, the strong commitment of governments in the adoption of the sector, and the presence of renewable energy policies and frameworks in most nations (Kenya, Tanzania and Rwanda to mention a few), it is only a matter of how much is funds are invested and sustainability mechanism employed in off-grid solar projects, for Africa to take the lead.

Kenya And The U.S. Workout A Free Trade Agreement