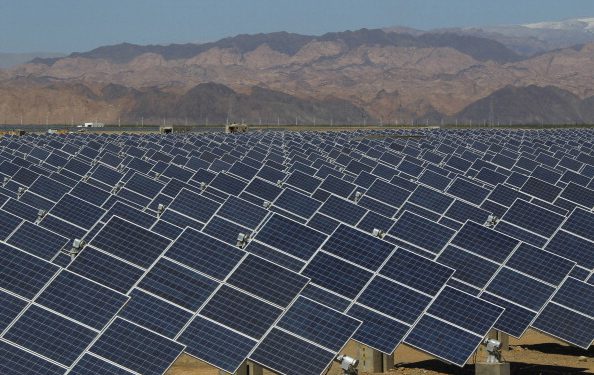 Liberia has one of the lowest electricity access rates in the world. In the capital city of Monrovia, less than 20 per cent of the population has access to electricity.

Liberia, Africa’s oldest republic has been endowed by abundant renewable energy that could enhance power generation, and African Development Bank (AfDB) just approved a $34.74 million grant and loan to boost renewable energy access as well as investment in the country.

According to AfDB statement, during the first project (Renewable Energy for Electrification in Liberia) over $ 33 million—in grant from AfDB and strategic climate fund scaling-up renewable energy program, will be targeted at supporting renewable energy sector.

Further, the approved funds will go towards construction of a mini dam on the St. John River in Nimba County in northeastern Liberia and the development of the Gbedin hydropower Falls with a total capacity of 9.34 megawatts of power, to be transmitted through an 8 km, 33kV line connecting 7,000 households.

According to US Agency for International Development (USAID), Liberia has one of the lowest electricity access rates in the world. In the capital city of Monrovia, less than 20 per cent of the population has access to electricity.

At present, Liberia is struggling procuring Heavy Fuel Oil (HFO) for electricity generation across the nation.

Hence, according to a statement by the corporation, the country could enter into a “load shedding” which is argued as an ultimatum done to ensure that electricity will be available to everyone for the longest period possible.

However, by 2030, the Government of Liberia aims to meet an anticipated peak demand of 300 MW and serve 1 million customers, connecting 70 per cent of the population in Monrovia and providing access to 35 per cent of the rest of Liberia.

The project is rather a crucial for the West African country of more than 4 million, as the system would allow for grid expansion to isolated communities and support the connection of schools, health centers, businesses and industries to the national grid, increasing the rural electrification rate in Liberia.

According to Samuel Tweah Jr., Liberia’s Minister of Finance & Development Planning, who inked financing agreements for two projects, said the project, scheduled for completion by 2024, would help unlock one of the main constraints to economic development — access to a reliable, affordable and sustainable supply of electricity.

In addition, the second project – Support to Investment Promotion Agencies in Transition Countries – received approval for an additional $1 million to assist in promoting business investment in Liberia and building the capacity of the National Investment Commission.

READ:There is no room for coal in Africa’s renewable future- AfDB boss

The funds will come from the Bank’s Transition Support Facility.

“As a Bank we understand the challenges faced by Government and the efforts underway to attract Foreign Direct Investment. This project aims at contributing to those ongoing efforts by (the Liberian) government,” said Dr. Orison Amu, the African Development Bank’s Country Manager in Liberia,

According to AfDB, as of January 2020, the fund has 16 on-going and recently approved operations in Liberia with a total commitment of $413 million.

The active portfolio spreads over six sectors covering infrastructure, predominantly roads, and energy. With this new signing, energy now accounts for 26 per cent of the Fund’s total commitments in Liberia.