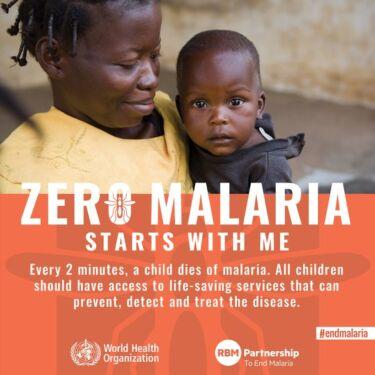 Malaria vaccine has now become the first to achieve WHO-specified 75 per cent efficacy goal according to the World Health Organisation.

by Kawira Mutisya
in Health, Industry and Trade
0
Share on FacebookShare on LinkedIn

Two years ago, Kenya’s Ministry of Health launched the malaria vaccine in Ndhiwa, Homabay County, one of the eight counties in western Kenya with the heaviest burden of malaria nationwide.

At that time, other African countries including Ghana and Malawi also launched the malaria vaccine in childhood vaccination in selected areas of high malaria transmission in 2019.
Malawi was the first to do so in April, followed by Ghana, and then by Kenya in 2019.
Malaria vaccine has now become the first to achieve WHO-specified 75 per cent efficacy goal.
According to a recent update on the vaccine by the World Health Organisation, high-level vaccine efficacy of 77% in African children achieve WHO-specified efficacy goal of 75%.
The World Health Organisation (WHO) estimates that malaria causes over 400,000 deaths each year globally and progress in reducing malaria mortality has stalled in recent years. Most deaths are amongst children in Africa where very high transmission rates are found in many countries with 229 million cases of clinical malaria being reported in 2019 globally.

Over 100 malaria vaccine candidates have entered clinical trials over recent decades but none has shown the 75% efficacy targeted by World Health Organization’s Malaria Vaccine Technology Roadmap.

According WHO findings, two years on from the launch of a pilot programme, more than 1.7 million doses of the world’s first malaria vaccine have been administered in Ghana, Kenya and Malawi, benefitting more than 650 000 children with additional malaria protection.
The number of children reached in this relatively short period indicates strong community demand for the vaccine as well as the capacity of the countries’ child immunization programmes to deliver the vaccine on a novel schedule (4 doses up to about age 2 years).
At a time when global progress in malaria control has stalled, the protection provided by the RTS,S malaria vaccine, when added to currently recommended malaria control interventions, has the potential to save tens of thousands of lives per year.
“Ghana, Kenya and Malawi show that existing childhood vaccination platforms can effectively deliver the malaria vaccine to children, some of whom have not been able to access an insecticide treated bed net or other malaria prevention measures,” says Dr Kate O’Brien, WHO Director of the Department of Immunization, Vaccines and Biologicals. “This vaccine may be key to making malaria prevention more equitable, and to saving more lives.”
“Over the last 2 decades, we have achieved remarkable results with existing malaria control tools, averting more than 7 million deaths and 1.5 billion cases of the disease,” says Dr Pedro Alonso, Director of the WHO Global Malaria Programme. “However, progress towards key targets of our global malaria strategy remains off course. To get back on track, new tools are urgently needed – and malaria vaccines must be a critical component of the overall toolkit.”

Insights generated by the pilot implementation will inform a WHO recommendation on broader use of the vaccine across sub-Saharan Africa. Global advisory bodies for immunization and malaria are expected to convene in October 2021 to review RTS,S data and consider whether to recommend wider use of the vaccine.
“In some ways malaria is the child health emergency of a lifetime – or many lifetimes – in Africa. We applaud the work of participating countries that has resulted in malaria vaccine pilots with strong vaccination coverage that will add to our understanding of the RTS,S vaccine’s potential to improve child health and strengthen malaria control – and, potentially, reverse trends,” says Dr Akpaka Kalu, Team Leader for Tropical and Vector-borne Diseases in the WHO African Region.
Meanwhile, the most recent World malaria report found that over the last four years progress in reducing malaria has hit a plateau. In 2019, there were an estimated 229 million malaria episodes and 400 000 deaths from the disease. Over 90% of malaria deaths occur in Africa, the majority — more than 265 000 – in young children.
RTS,S is the first and, to date, the only vaccine that has been shown to reduce malaria in children, including life-threatening severe malaria, related hospital admissions and the need for blood transfusions. The vaccine is currently being piloted in areas of moderate to high malaria transmission where malaria can account for up to 60% of childhood outpatient visits to health facilities.
The Malaria Vaccine Implementation Programme supports the country-led introduction of the RTS,S vaccine in childhood immunization; and, separately, the evaluation of how best to reach children with the recommended four-dose regimen, the impact on severe malaria and on lives saved, and vaccine safety in routine use.