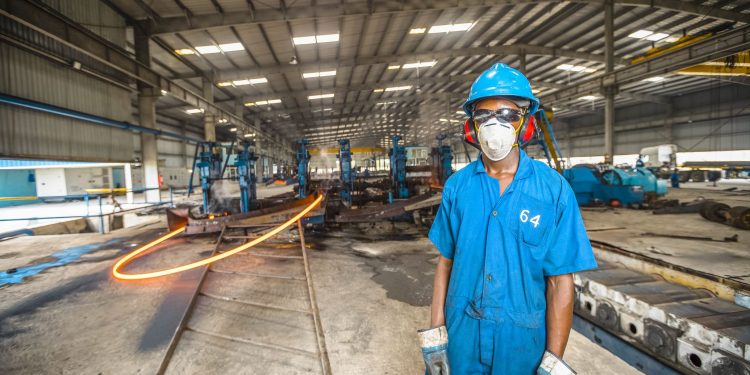 Industries in Tanzania are transforming the economy: Photo by Lake Group

Huge investment in Tanzania industries is another profitable sector that stand to transform Tanzania economy exponentially.

Investment in Tanzania is changing the labour market and industries in Tanzania for the better.

The government of Tanzania is doubling down on expanding its industrial complex as the new industrial scheme stands to draw around 100,000 direct jobs and 300,000 by 2025 and change Tanzania economy for good.

Tanzania’s industrial economy is slated to expand twelve-fold in the next three years, adding more support to the minor industrial landscape currently operating nationwide, while expanding the list of reasons to invest in Tanzania.

Industries in Tanzania have become a critical component of economic transformation.  Tanzania has more than 62,000 small industries which add value to raw materials extracted internally.

According to the Ministry of Investment, Industry, and Trade, Ashatu Kijaji, the industry sector in Tanzania will experience a boost as more than 500 industries are expected to be established by 2025.

Tanzania’s investment landscape has captured a $3 billion industrial scheme executed by a Chinese company, Sino Tan Kibaha Industrial Park Limited. The Minister told the parliament on Saturday, May 06, tabling the ministry budget for 2022/23.

The grand project, expected to complete development in 2024, will be monumental as it will transform Tanzania into an African industrial products hub.

The latter won’t be the only silver lining as the government of Tanzania plans to establish industries in the capital, Dodoma, to stimulate the standard gauge railway, interregional roads and strategic ports.

The latter marks another economic relation China has initiated with Tanzania, showing their commitment as China is arguably Tanzania’s first trading partner and investor. In 2018, China’s exports to Tanzania reached $1.77 billion, and total Foreign Direct Investment reached $115 in 2019.

However, Tanzania is expanding other investment options, particularly reviving discussions with the Bagamoyo Special Economic Zone investors, which will establish a seaport and logistics park.

Tanzania is one of the nations within sub-Saharan Africa that has experienced sustained growth due to its deliberate intent to maximize growth in industrial output.

Tanzania has continued to showcase promising trends as in 2021, Tanzania exports to China rose by 14.31 percent, equivalent to $273.1 million, sending oily seeds, tobacco, and cotton to China markets.

Tanzania’s trade to the Indian market has also surged to 90 percent in 2021, which is more than $1 billion, shipping minerals, cashew nuts, soy and peas. While in Japan, Tanzania has progressed with more positive trends, increasing trade by 20.97 percent, which is $60.7 million in 2021.

However, Tanzania’s trade with European Union got scarred, recording a 41.89 percent decline.  At the same time, Tanzania traded with the Southern African Development Community. (SADC) reduced to 10.06 percent, which is around $1.3 billion in 2021.

On the other side, Tanzania’s trade with the East African Community increased by 43.73 percent, equivalent to around $1.161 billion in 2021.

Further, the Minister pointed out that the government is eyeing the introduction of the Trade Remedies Act of 2022 as a deliberate effort to enhance the business environment in Tanzania.

The law will undoubtedly strengthen the protection of traders, which includes resolving unfair trade practices.

Further, the new act will target protecting local traders and industries by regulating mass importation of goods and restricting the sale of goods at a relatively low price against that in the country of origin, according to The Citizen.

“The new planned legislation highlights measures and actions against subsidized products that are being imported into the local market to compete with non-subsidized domestic products”, according to The Citizen.

The latter proves why to invest in Tanzania is a viable option for investors across the region as the government strives to build better trade and investment conditions.

Zimbabwe: Mnangagwa's freeze on bank lending to save currency value