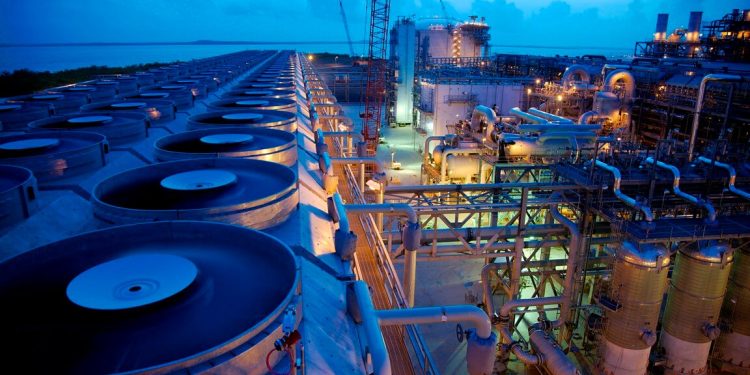 Tanzania liquefied natural gas front has received a US$30 billion shot in the arm from large energy companies including Equinor and Exxon Mobil.

Tanzania’s natural gas reserves have just proven to be extremely necessary for the nation’s economy and energy sector at large.

On April 29, Tanzania took the extractive sector to another level by nailing an agreement with exploration companies to construct a vast liquefied natural gas (LNG) plant worth $30 billion.

Tanzania’s LNG sector presents a necessary power generation and consumption potential, and the plant is just a success story for Tanzania.

According to information from The Citizen, a team of experts is currently in negotiations with five oil and gas firms – Shell, Equinor ExxonMobil, Pavillon, and Ophir as the project will be executed in the Lindi region, south of Tanzania.

Natural gas in Tanzania has become one of the key components in transforming the Tanzania energy sector into a regional lighthouse.

Natural gas in Tanzania is the new gold. Under President Samia Suluhu Hassan’s administration, the government has managed to unlock as much as $30 billion in foreign investment.

According to the chief negotiator and the acting director-general of the Petroleum Upstream Regulatory Authority (PURA), Charles Sangweni, the negotiations—which began last year, are on track.

The chief argued that the negotiations expected to attain the government’s goals would be marked by May 31.

“We expect that by May 31 this year, we will have entered into the initial Host Government Agreements (HGAs), which will pave the way for more comprehensive negotiations”, the chief noted.

Tanzania has an estimated 57 trillion cubic feet with a total annual production of 110 billion cubic feet from three fields: Songo Songo, Mnazi Bay, and Kiliwani North (Tanzania Invest). The reserves are in the Indian Ocean and offshore.

The essential project is overseen by the collaboration between Tanzania Petroleum Development Corporation (TPDC) and international oil and gas companies (IOCs).

The chief also noted that the actual construction would take four to five years before operations began.

The project won’t only enhance LNG in Tanzania but also improve job creation as more than 5,00 jobs would be created during the construction phase and 4,000 to 6,00 jobs created during operations.

The journey towards success has been paved with collaboration. TPDC hired a UK law firm, Baker Botts, as the Transaction Adviser to the government negotiation team and TPDC regarding the development of a liquefied natural gas (LNG) project in the country.

The Tanzania Liquefied Natural Gas Project (TLNGP) has been a long-time dream for the country, which has faced several setbacks. Slated to kick start in 2014, but in 2019, setbacks intensified as the government suspended agreement talks with investors in-order to review its production sharing agreement (PSA).

Tanzania’s Energy Congress will be conducted from August 3rd to 4th that will examine collaborative projects and the country’s investment prospects.

Tanzania’s race for natural gas development is strategic and on point. The nation has been paying attention to several methods of maximizing the LNG potential.

LNG in Tanzania is faced with other competitions in the region. Egypt is the next potential powerhouse next door and a much more experienced producer.

In 2012, Tanzania and three Chinese companies agreed to construct a 542 km pipeline leading from Mtwara to the nation’s commercial capital, Dar es Salaam.

The better part of it is that the pipeline and processing plant are part of the Tanzanian government program to add 10,00MW of generation capacity by 2025, up from the 1,500MW in 2015.

On the other hand, by 2021 total electricity supply stood at 1605.86 MW, according to information from International Trade Administration.

The race for LNG project realization in Tanzania has been long and arduous. LNG in Tanzania shook in terms of investment when Equinor decided to write down the book value of its TLNG on the company’s balance sheet by $982 million—sending worries in the sector.

However, in April 2021, global energy companies in Tanzania, Equinor and Shell, urged the government of Tanzania to conclude negotiations on the LNG facility.

The energy producers pointed out that Tanzania’s LNG international markets could be worth around $4.3 billion based on 2021 markets. Further, the producers noted that LNG sales, taxes, royalties, and dividends would bring significant revenues to Tanzania, ultimately boosting economic development (The Citizen).

Further, Tanzania has a bit of a long way to go. According to Charles Sangweni, the process of the HGA would take at least three years to complete before negotiators arrive at the final investment decision.