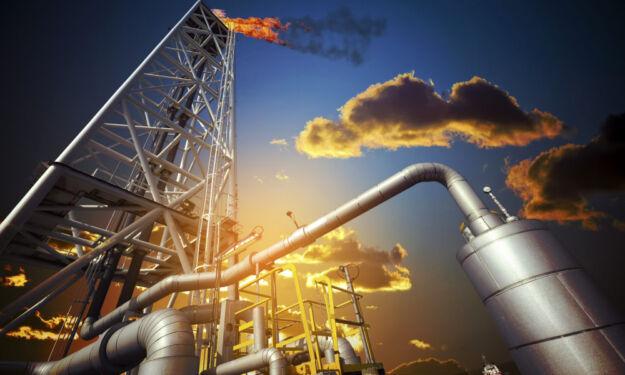 East African Crude Oil Pipeline (EACOP) will be one of the world's pipelines that will electrically heat Uganda's waxy transported crude oil.

East Africa (Tanzania and Uganda in this case) is endowed with plenty of natural resources that mark it as a potential region for investment and economical prosperity. The East Africa Crude Oil Pipeline (EACOP) is another milestone that will levitate Tanzania to a good position economically.

The crude oil project which was stalled since 2019, has taken a new leap that sounds promising to the two countries which are eyeing maximizing the potential of $15 billion in investment (The East African 2021).

Earlier this week, the project was signed off by Uganda President Yoweri Museveni in the nation’s capital, Kampala and Tanzanian President Samia Suluhu. The process was postponed from the original date of March 22 after the sudden death of President John Magufuli.

This historic project plans to transfer crude oil via a 1,445 long pipeline extending from western Uganda to the Indian ocean in Tanga port -Tanzania.

The project is executed by a joint venture of oil companies operating in the Albertine Graben including CNOOC and Total and Uganda government through the Uganda National Oil Company and Tanzania Petroleum Development Corporation.

Around 1.7 billion barrels of recoverable oil have been discovered in the Albertine Graben, the basin of Lake Albert, on the border between Uganda and DR Congo, according to information from The Citizen.

Hence, the extraction of the lucrative resource will take place at two oil fields: the Kingfisher field, operated by China National Offshore Oil Corporation (CNOOC) and the Tilenga field, operated by Total S.A (The Citizen 2021).

According to information from The East African, the pipeline will transport around 216,000 barrels of crude oil per day. Further—as the oil in Uganda is waxy, the entire pipeline will feature a heated process along the entire route, which makes it peculiar in the world records.

“Because of the pipeline, on each barrel, Uganda will lose $12.7 because of paying for the pipeline. But why don’t we concentrate on the refinery, supply Uganda and the interior part of East Africa,” President Museveni said in a TV interview in Kampala last year.

The project sustained several setbacks, including delays and tax disputes. Total SA stopped working on the project in 2019 until further notice, while Tullow oil a London-listed oil exploration company was forced to stop its plans to sell almost 33.33 per cent of its stake due to taxing disagreement with the Ugandan government.

However, according to The East African, The country’s oil deposits are estimated to have reduced in value from $61 billion in 2013 to $18 billion in 2018 due to a fall of crude oil prices on the world market, according to the Climate Policy Initiative, a UK-based research firm.

The construction of the long-awaited EACOP will begin on the Tanzanian side en route to Uganda, due to distance factors according to Martin Tiffen, EACOP company general manager (The Citizen 2021).

Further, the entire package of construction works is finalized as few minor details—“last-minute changes in Tanzania’s shareholding in the EACOP” emerged.

“The new shareholding structure, as detailed in the Shareholders Agreement, which defines the rights and responsibilities of the shareholders in the pipeline company assigned on Sunday, is; Uganda through Unoc with 15 per cent, Total Holdings International B.V. with 62 per cent, Tanzania through its national oil company, TPDC, with 15 per cent, and Cnooc with 8 per cent,”

Also, the EACOP funded in debt-to-equity ratios of 60:40—stands to cost about $3.5 billion.

“According to the Energy Ministry, the development/construction phase is expected to generate 14,000 directs jobs, 45,000 indirect jobs by the contractors, and induced employment of another 105,000 people as a result of the utilisation of other services by the oil and gas sector: 57 per cent of these are expected to be Ugandans and would yield at least $48.5m payments annually,” according to The Citizen April 15 publication.

However, both parties Total E&P general manager and Ugandan Energy ministry Permanent Secretary Robert Kasande were optimistic about the speedy progression of the EACOP.

“With these agreements in place, the oil companies and government will proceed with the approval and award of contracts to the main EPC contractors. This will enable the construction work for the projects to proceed.” According to Pierre Jessua, cited by The Citizen.

The EACOP project is the pinnacle of economic partnership for these East African countries, which stand to draw billions, as other factors kept constant, commercial oil production is expected to start the earliest, 2025(The Citizen 2021).