by Mustapha Juma
in Industry and Trade
0 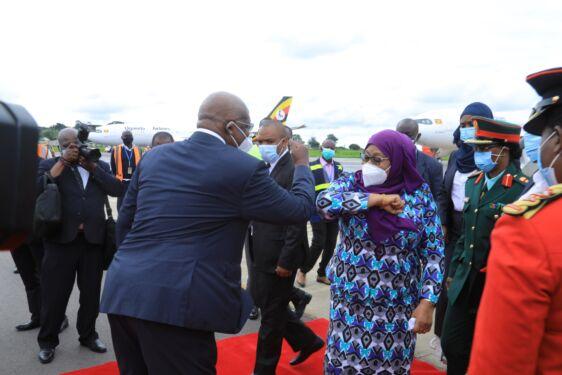 Tanzania’s president Samia Suluhu Hassan on Sunday, April 11 arrived in Uganda for talks that should culminate into the signing of deals between the two East African countries.

H.E. Samia Suluhu Hassan, President of the United Republic of Tanzania arrived in Uganda this morning for a one (1) day Official visit. President Suluhu was received by Hon. Sam Kutesa, the Minister of Foreign Affairs and Senior Government Officials. #UGTZBilateriarelations pic.twitter.com/QduYlJfq1m

President Samia Suluhu was received by Sam Kutesa, Uganda’s Minister of Foreign Affairs, who was in the company of other senior government officials.

This is the first official visit to Uganda by President Samia Suluhu since she assumed the Office of President of the United Republic of Tanzania. 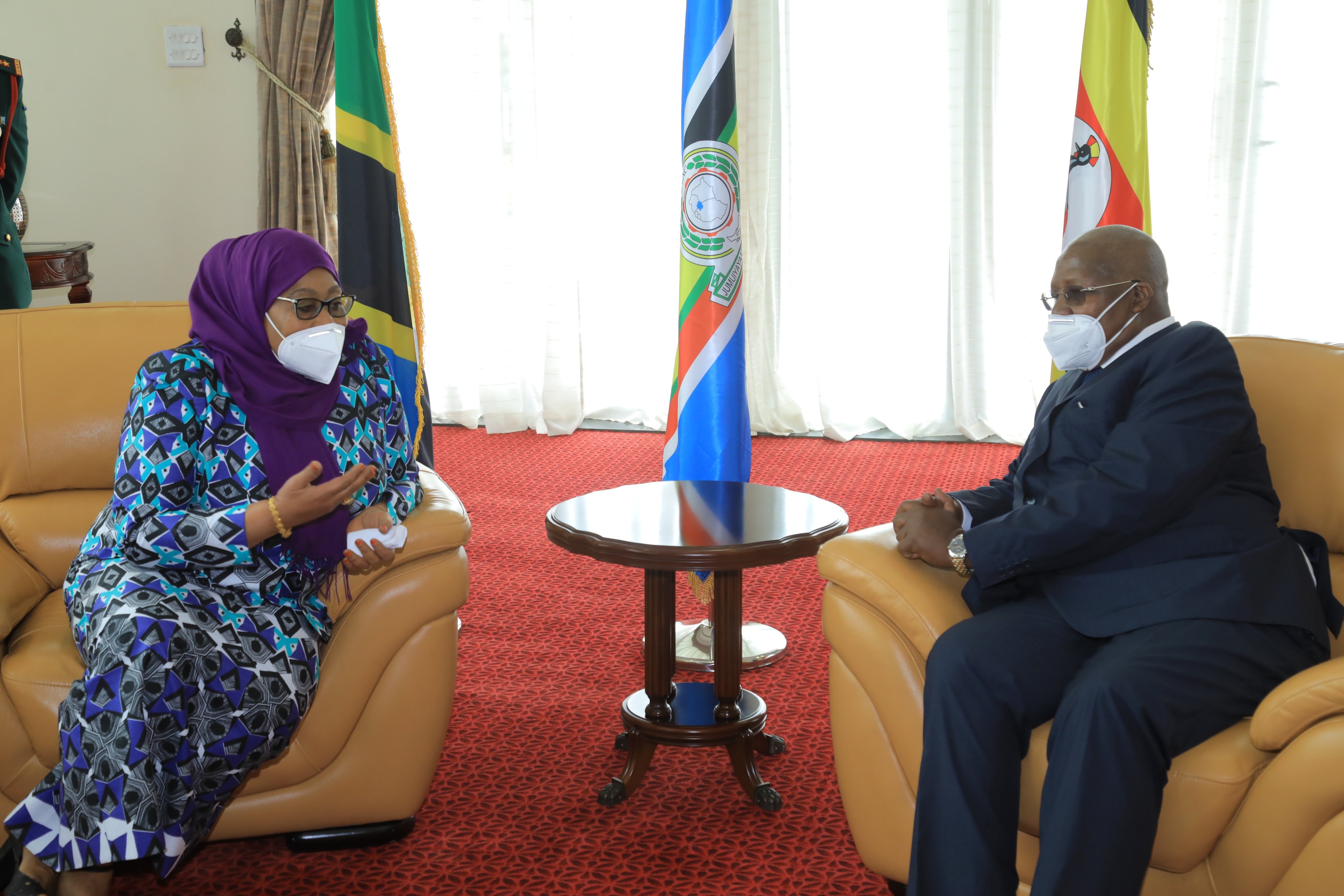 Herbert Ssempogo, Senior Corporate Affairs Officer at the Uganda National Oil Company had earlier on confirmed that something major is expected to happen during President Samia’s visit to Uganda.

The late Tanzania President John Pombe Magufuli was due in Kampala on March 22 for the three-way signing of the crude oil export pipeline deal between the governments of Uganda and Tanzania and the French oil giant Total, the lead investor.

However, he died before the due date, Kampala then announced that the deal would be signed in the early half of April, to pave the way for the construction of the 1440km export pipeline from Western Uganda to the Tanzanian Indian Ocean Port of Tanga.

Signing of the deal

President Samia will witness the signing of the oli deal, following talks between government officials and industry leaders from Uganda and Tanzania.

Details indicate that the construction of the pipeline will be completed within 36 months of the signing of the deal.

This, according to the concluded discussions between the two countries, will commence the commercial production of oil.

A six billion barrel-per-day refinery is also planned to process crude oil and the finished products will be consumed by the local and regional markets.

Cost of the project

The deal has been projected to cost a total of USD3.5 billion.

President Magufuli had vowed that it would take as short as 18 months and wanted all the other processes fast-tracked.

The final talks before the final deal is signed touch on the crude oil transportation, the transport tariffs as well as the shareholding structure of the East African Crude Oil Pipeline Company, EACOP.

According to the current structure, Total SA owns 45 per cent shares in the company, while China’s CNOOC holds 35 per cent.

Another 15 per cent is held by the government of Uganda through the UNOC, with the other 5 per cent held by Tanzania through the Tanzania Petroleum Development Corporation.

The East African Crude Oil Pipeline is touted as the project that will unlock East Africa’s future by taking Uganda’s oil to the rest of the world. This will supposedly increase the Foreign Direct Investment for both countries by over 60% during the construction phase.

Conversely, the value of Uganda’s oil reserves has already fallen by approximately 70% since 2013. This value is expected to fall even further as the world transitions into a low-carbon economy.

Even from the Tanzania Environmental and Social Impact Assessment, it estimated that the government will only get $240 million from the project after its construction, which is peanuts compared to the environmental and social implications faced.

Public debt is already projected to rise to 54.1% by 2023 in Uganda. The EACOP project thus risks driving East Africa further into unsustainable debt at the mere prospect of reaping meagre earnings with the only entities bound to benefit being the foreign oil companies such as Total.