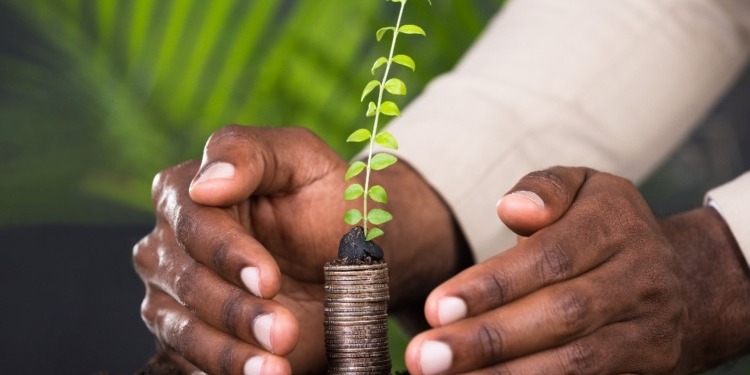 A demonstration of how Saccos grows. Kenya was named as the Co-operative Pulse of Africa. [Photo/Africa Saccos Week]

Deposits formed the bedrock of the source of funding for assets, notwithstanding impacts associated with the pandemic.

The Co-operative business model has continued to garner momentum in Africa, becoming one of the most preferred choice of financial institutions to save, invest and grow with by the larger populace.

At the heart of this vibrant movement is the Kenyan Co-operative subsector, which is the largest in the continent with a membership of 9,237,484 and an asset base of US$13,638,154,648. By the same token, in terms of asset base, Ethiopia comes in second, followed by Cameroon, Ghana, Rwanda, Tanzania and Eswatini.

The ongoing 21st SACCA Congress organized the African Confederation of Co-operative Savings and Credit Associations (ACCOSCA), themed ‘Resilience of the Co-operative business model in integration and sustainable network development’; is this year being held in Kenya, on the basis of the country being the winner of WOCCU’s Outstanding Membership Growth Awards in 2013, 2015 and 2020 coupled with the 2020 Athena awards.

The congress which is Africa’s largest annual Co-operative event has brought together 1,000 co-operators from all over the world, to address topical issues facing Saccos in the continent and in tandem, explore strategic and innovative techniques for promoting sustainable co-operative financial institutions.

Tracking the Performance of Deposit-Taking Saccos in Kenya

The Sacco Societies Regulatory Authority in Kenya (SASRA) recently released the 2020 Sacco Supervision Annual Report; which is a distinct testament of the indelible role Co-operatives are playing to transform the lives of many Kenyans, hence the snowballing of the vibrant movement.

Deposits formed the bedrock of the source of funding for assets, notwithstanding impacts associated with the pandemic, DT-Saccos were still able to mobilize deposits at a near similar rate as the growth in their assets’ portfolios.

The financial investments component of the total assets increased notably from Kshs 36.97 B in 2019, to Kshs 56.86 B in 2020. These were made up of investments in government securities, balances with other Sacco Societies, investments in companies, as well as other securities. The cumulative aggregate external borrowing ratio stood at 3.67 per cent as of December 2020, compared to a ratio of 3.88 per cent recorded in 2019.

This shows that more and more DT-Saccos are relying on internally generated sources of funds to finance their assets and thus a reduction in reliance on external sources of funds.

The Non-Deposit Taking Saccos (NDTs) in possession of non-withdrawable deposits worth Kshs 100 million and above have recently come under the oversight of the Sacco Societies Regulatory Authority (SASRA) upon acquiring operating licenses. This is in line with the new regulations (Non-Deposit taking business) gazetted in 2020 but took effect on the 1st of January 2021.

The Regulator estimates that there are 3,626 Non-Deposit taking Saccos in the country boasting a membership of 1.5 million, among them only 400 meet the standards set under the 2020 regulations. The total assets of non-deposit-taking Saccos are estimated at about 188.02 billion, with total deposits at Kshs 140.54 billion and loans at Kshs 136.89 respectively.

The new regulations also targeted the rapidly mushrooming digital or virtual Saccos in the same category, that mobilize membership and subscription to share capital, through digital or other electronic payment platforms. Diaspora Saccos or those that mobilize membership and subscription to their share capital from persons who reside outside the country also came under supervision.

Bringing Non-Deposit Taking Sacco’s under the regulatory oversight of SASRA will see an extension of benefits of regulated savings and loan services to more Kenyans, consequently boosting stability and resilience in the Sub-sector.

Albeit numerous gaps existent in the Kenyan Co-operative movement continue to get bridged by the day with the formulation of new key developments; dormant membership and non-remitted deductions are two perennial existential wounds that continue to ail the lucrative sector. The recently released SACCO Supervision Annual Report 2020, by the Sacco Societies Regulatory Authority (SASRA), brings to fore the depth of these two threats.

According to the report in 2020, dormant members accounted for 25.09 per cent of the total membership, compared to 16.95 per cent reported in 2019; a distinct attestation that more members of DT-Saccos had not transacted with their respective Saccos for periods exceeding six months.

The sharp increase in the dormancy of members was attributed to the impact of the Covid-19 pandemic on the general economy, resulting in reduced member transactions with their respective Saccos. Non-remitted deductions to Saccos by employers has for long been a quagmire, that has been increasingly retrogressing the Sector. The total amount of non-remitted funds as of September 2020 stood at a staggering Kshs 5.04 billion, compared to Kshs 3.87 billion as of September 2019.

The report further reveals that the highest proportion of the non-remitted funds owed to Saccos amounting to Kshs 4.31 billion; are related to repayment of loans which undermines loan performance as well as liquidity within the DT-Sacco system.

The Kenya Sacco-Subsector is celebrating approval by the Cabinet, of the amendments to the Sacco Societies Act (2008), which advocates for the enactment of the Sacco Deposit Guarantee Fund (SDGF); a deposit protection scheme expected to revolutionize the lucrative sector by insulating members’ deposits from unpredicted perils.

This will serve as a critical and much-needed contingency plan, bound to instil and restore confidence in the Co-operative sector. Section 55 of the Sacco Societies Act sets the premise for the establishment of a Deposit Guarantee Fund, for the Sacco sector to provide protection for members’ deposits of up to Kshs 100,000, excluding shares, in the event that a Society collapses as a result of liquidity challenges or governance. According to the Sacco Societies Regulatory Authority (SASRA), the relevant amendments to the Act are now waiting to be tabled in Parliament after the Cabinet granted approval.

Saccos across the country are turning homeownership dreams into a reality, by offering affordable mortgages in partnership with the State-backed Kenya Mortgage Refinance Company (KMRC), launched by President Uhuru in 2019.KMRC’s principal objective is to provide long-term finance to primary mortgage lenders such as Saccos, to increase the availability and affordability of mortgage loans to the public.

According to National Treasury CS Ukur Yatani, the high cost of housing units and limited access to affordable long-term finance remains a leading housing market constraint. KMRC helps to address this challenge by lending to financial Co-operatives at 5 per cent, enabling them to write home loans at rates lower than the average market rate of 11.94 per cent.

KMRC has so far advanced Kshs 2.76 billion in credit to mortgage lenders, accounting for about seven per cent of the fund’s total capital pool.

Saccos have been markedly transforming the lives of many Kenyans, by additionally bolstering Co-operative entrepreneurship; whereby loans disbursed have greatly boosted SMEs.

Notwithstanding the ineffaceable role of the sector, towards the contribution of the Gross Domestic Product (GDP) of the national economy and in the creation of numerous job opportunities both directly and indirectly. All goes to show why the country was named as the Co-operative Pulse of Africa.

Read: Into the blackhole of Covid-19: impact on co-operatives