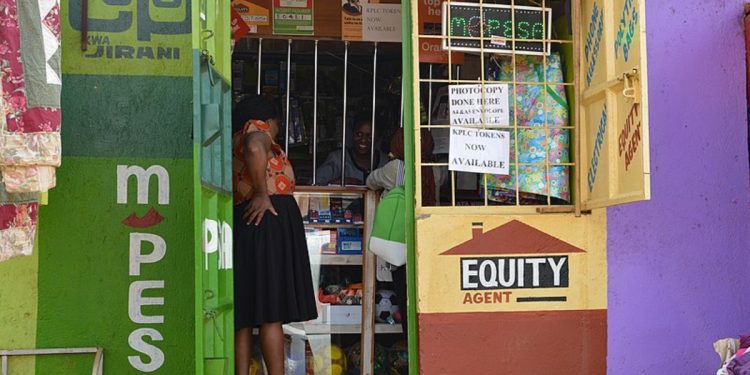 Brand Finance, a valuation consultancy firm, recently released the list of the most valuable brands in Kenya.

The Brand Finance Kenya 20 2022 ranking listed giant telecommunications company Safaricom as the most valuable brand. The telco has consistently maintained the top spot out of 20 firms surveyed over the years.

Companies in the financial sector services dominated the list.

Safaricom is the largest telecommunications company in Kenya. The 2021-2022 first quarter sector report released by the Communications Authority of Kenya (CAK) noted that the telco is the market leader with a 64.6% share.

The Kenyan government and Vodacom each control a 35 per cent stake in Safaricom. Other shareholders are Vodafone which holds a five per cent stake and free float (25 per cent).

Safaricom’s value rose by 38 per cent during the period under review by Brand Finance. The increase in the company’s value was boosted by mobile data usage and M-Pesa, a mobile money transfer service that earned KSh 50 billion in profit in the year ended March 2022.

“An innovation in the region, M-Pesa, a popular mobile application used primarily for online money transfer, has driven up the brand value and strength of Safaricom. These partnerships create a one-stop destination for customers to access travel and online payment methods using Safaricom’s mobile data offerings,” the report read in part.

Safaricom is valued at US$689 million.

Equity Group Holdings Limited has become one of the most recognised banks in Kenya under James Mwangi’s leadership. The bank was founded in 1984 by Peter Munga as a society. The lender’s value increased by 92 per cent during the period under review. It scored an impressive 90.8 out of 100 on Brand Strength Index (BMI).

The survey revealed that Equity’s mobile application platform EazzyNet was popular among its customers. Equity is valued at US$388 million.

Paul Russo is the new chief executive officer of KCB. He replaced James Oigara who served from January 1, 2013, to May 25, 2022. Brand Finance values the company at US$338 billion. In the financial year ended December 2021, KCB recorded Sh 34.2 billion net profit.

The mobile money transfer service was launched in 2007 by Vodafone and Safaricom.

The service has gained popularity and boasts over 30 million users. It has been expanded to seven countries and counting. It’s ranked the fourth most valuable brand.

In the financial year ended March 2022, M-Pesa services registered KSh 50 billion profit. Safaricom noted that the profit increased due to the shift to cashless transactions during the COVID-19 pandemic period.

Co-operative Bank is valued at $173 million. Career banker Gideon Muriuki has been at the helm of the company since 2001.

When Muriuki took over its leadership, the lender had recorded a Sh 2.3 billion loss. He has since managed to turn it around over the last two decades as it registered a Sh 16.5 billion profit after tax in 2021.

Through Enke Limited, the Kenyatta family control a 13.2 per cent stake in NCBA Bank. The Philip Ndegwa family have an 11.7 per cent shareholding. NCBA Bank is valued at US$113 million.

I&M Group PLC, formerly known as City Trust Limited (CTL) was incorporated on August 16, 1950. It is one of the oldest companies listed on the Nairobi Securities Exchange (NSE). Besides Kenya, it operates in Tanzania, Rwanda, Uganda and Mauritius. The lender is valued at US$52 million.

Tusker Lager beer is the flagship brand of East African Breweries Limited (EABL). The beer is available in a 500ml amber-coloured bottle, 330ml can and 30/50 litre keg. Tusker Lager emerged as the fastest-growing brand with its value growing by 132 per cent according to the Brand Finance survey.

The brand is valued US$50 million.

Despite making losses year in and year out, the debt-ridden national carrier was ranked the ninth most valuable company in Kenya.

Kenya Airways is popularly referred to as KQ. Its value increased by 21 per cent with its innovation to convert one of its passenger planes into a cargo plane recognised. KQ is valued at US$42 million.

Diamond Trust Bank is valued at US$40 million. The lender is headed by Kenyan corporate executive Nasim Mohamed Devji. In the first quarter of the year, DTB recorded Sh 2.2 billion net profit.