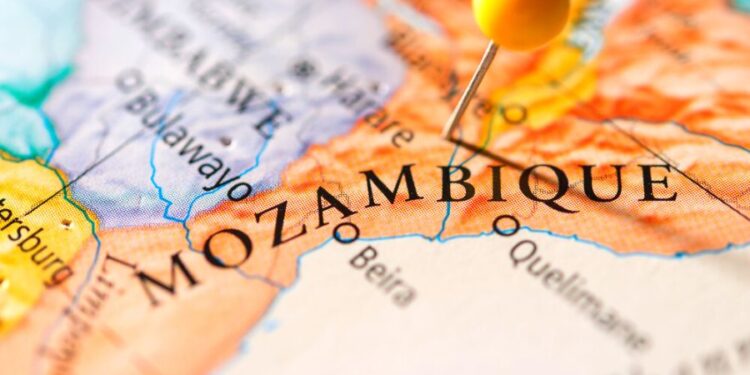 Mozambique gets grant to advance its renewable energy resources. [Photo/ Energy and Utilities]

With aspirations to industrialize and expand in a different, less harmful way than the path taken by previously industrialized nations, Mozambique is leading a group of developing countries that are demonstrating real climate leadership.

Mozambique is a prime example of a low-emitting, energy-poor nation that is suffering severely from the effects of climate change. Despite this, the nation has the unmatched resources to transform itself into a significant Southern Africa-wide energy transition solution. To do that, though, they will require assistance and partnerships.

Belgium has announced a new cooperation programme with Mozambique worth €25 million over five years, which focuses on developing renewable energy and waste management.

“Our country will support Mozambique so that it can invest in green energy instead of fossil fuels,” said Belgian Development Minister Frank Vandenbroucke at COP27, the international climate summit currently taking place in Egypt.

“Belgium will be one of the first countries in the world to explicitly include the theme of loss and damage due to climate change – the so-called loss and damage – as an area of ​​action. In this way, Belgian development cooperation is responding to the increasingly louder demand from vulnerable countries for climate disasters in to tackle the south more strongly, a question that is also central to the Climate Conference in Egypt,” said Vandenbroucke’s cabinet.

The support for the 2023-2028 period takes into account that Mozambique is indicated as at the same time one of the countries most vulnerable to climate change and one of the least developed.

Despite the riches of its subsoil, the initiative foresees studies for the production of green hydrogen in Mozambique, and the Belgian Development Agency will supply solar panels to remote areas without connection to the electricity grid.

The supply of potable water and irrigation solutions based on solar energy is also being planned, the statement adds.

Belgium will also support the implementation of a national programme for sustainable waste management, which includes the construction of recycling facilities in Nacala and Nampula, with additional support from the NAMA Facility, a multi-donor fund.

Belgium, together with Mozambique, will examine how critical infrastructure such as roads, water and electricity supplies can be made climate-resistant. The aim is also to make the national economy more climate-friendly. There appears to be enormous potential in the field of solar, water and wind energy.

Of the €25 million announced, €2.5 million is specifically earmarked for the Loss and Damage component, to make public infrastructure more resilient to storms and floods.

This is not the only time when Belgium financed Mozambique in renewable energy. In March 2018, the government of Belgium provided funding of €12 million to support the expansion of access to energy in rural areas in Mozambique, particularly Zambézia province.

The funding was for construction of a mini-hydro plant in the Guruè district of Zambézia and isolated power grid systems for 12 villages and administrative posts.

The financing was intended to implement the programme signed in 2011 with Mozambique, following which Belgium provided €23.34 million  to finance a programme entitled “RERD 1 – Renewable Energy for Rural Development”, the aim of which was to promote economic development through increased access to energy.

While relatively small in size but symbolically significant in being announced as there is urgent need for funding to support developing countries facing climate change-fuelled disasters.

Chancellor Olaf Scholz said Germany would provide €170 million for a “Global Shield” from the Group of Seven rich countries for the V20 group of 58 vulnerable nations, aimed at strengthening insurance and disaster protection finance.

“We will also support those countries hit hardest by climate change in a targeted way in dealing with loss and damage,” Scholz told the COP27 summit in Egypt.

In 2019 cyclone Idai left more than 960 people dead, thousands missing and affected nearly three million people in Mozambique, Zimbabwe and Malawi and was followed by four more cyclones within a two year period.

Meanwhile, the African Development Bank (AfDB) also announced a US$2.5 million financing for Mozambique in October this year. The grant is provided by the Sustainable Energy Fund for Africa (SEFA), a mechanism managed by the AfDB that supports the deployment of renewable energy in Africa. The funds are allocated under the Mozambique Renewable Energy Integration Programme (MREP).

However, unlike the funding from Belgium, the funding allocated by SEFA is intended to provide technical support for the integration of renewable energy into Mozambique’s electricity mix. This will include financial support for technical, economic, environmental and social feasibility studies for the development of a floating solar power plant in the Chicamba dam reservoir. The hydroelectric facility located in the province of Monica has a reservoir that provides water for the operation of the turbines of two power plants.

SEFA’s financial support will also be used for the feasibility study for the deployment of battery power storage systems at at least 10 sites throughout Mozambique. The funds will also be used to build the technical capacity of the staff of the state-owned utility EDM, which is seeking to diversify the sources of electricity distributed through its network through the MREP.

Read: Trade relations between Belgium and the DRC