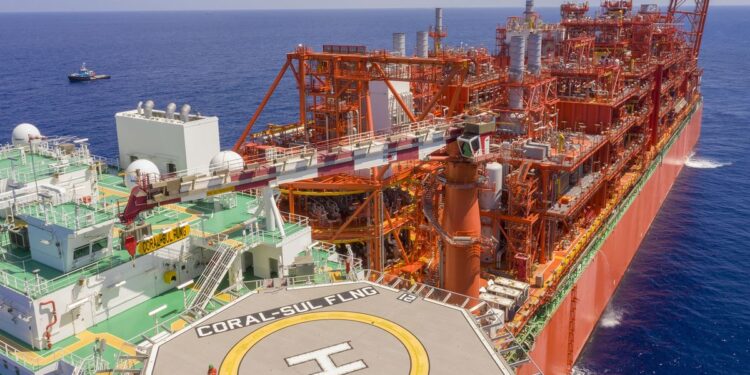 Mozambique is significantly being exposed to the EU’s planned Carbon Border Adjustment Mechanism (CBAM), mainly due to its large aluminium export to the EU.

Aluminium is the country’s largest export good, making up 25 per cent of export earnings, worth US$1.4 billion. According to an article by Enabel published on November 3, 2022, under the proposed CBAM, Mozambique’s aluminium exports could result in an annual taxation of between EUR 50 – 350 million per annum, depending on the approach used for estimating the carbon intensity.

On the other hand, Mozambique also has unrivalled natural energy resources that could significantly contribute to a green energy transition, not only domestically but also in the Southern African region.

Finally, based on the large gas discoveries over the past decade, Mozambique may emerge as one of the largest LNG exporters in the world. Over the last years, large consortia led by Total Energies, Exxon Mobil and ENI have started preparing for scaling up the gas exploration in the northern region of the country.

Mozambican President Filipe Nyusi announced the first export of Liquefied Natural Gas (LNG), from the Rovuma Basin, off the coast of the northern province of Cabo Delgado.

Nyusi recalled that in 2016 the government approved the development plan for the Coral South Floating LNG project, and in 2017 the Final Investment Decision on the project was taken. The government at the time was convinced that the first export from the floating platform would take place in 2022.

“Everything has worked out”, said Nyusi. “Today Mozambique has entered the annals of world history as one of the exporters of liquefied natural gas”. This would contribute to energy security in the countries that are major consumers of natural gas.

Eni, as delegated operator of the Coral South project on behalf of its Area 4 Partners (ExxonMobil, CNPC, GALP, KOGAS and ENH), confirmed that the first shipment of liquefied natural gas (LNG) produced from the Coral gas field, in the ultra-deep waters of the Rovuma Basin, departed from Coral Sul Floating Liquefied Natural Gas (FLNG) facility.

“The first shipment of LNG from Coral South project, and from Mozambique, is a new and significant step forward in Eni’s strategy to leverage gas as a source that can contribute in a significant way to Europe’s energy security, also through the increasing diversification of supplies, while also supporting a just and sustainable transition. We will continue to work with our partners to ensure timely valorisation of Mozambique’s vast gas resources,” commented Eni CEO Claudio Descalzi.

The President of Mozambique said this first shipment was a sign of market recognition that Mozambique offers a stable, transparent and predictable environment for multi-billion dollar investments, in which the use of high technology stands out with the purpose of monetizing resources in a phase of energy transition.

“This project is the first in a more ambitious development plan”, said the President. He encouraged the various companies involved in onshore LNG projects to follow the plans through to fruition, given the importance they could have for Mozambique.

The next LNG project to take shape is likely to be that of the consortium headed by the French company TotalEnergies, at the Afungi Peninsula in Cabo Delgado. But TotalEnergies has made it clear that it can only resume the onshore LNG project once the security situation has improved.

The deal whereby the entire Coral Sul LNG production is sold to BP is valid for 2 decades, with an option for a ten year extension. The Coral Sul project is budgeted at US$6.34 billion. Its target is to produce 3.4 million tonnes of LPG a year.

Area 4 is operated by Mozambique Rovuma Venture an incorporated joint venture owned by Eni, ExxonMobil and CNPC, which holds a 70 per cent interest in the Area 4 exploration and production concession contract. In addition to MRV, the other shareholders in Area 4 are Galp, KOGAS and ENH, each with a 10 per cent participation interest. Eni is the Delegated Operator for the Coral South project and all upstream activities in Area 4.

According to National Institute of Statistics, of the total products exported during the e second quarter of 2022, the highlight goes to aluminium which had 25.42 per cent, hard coal (24.07 per cent), coke and semi-coke coal (13.71 per cent) and electricity (5.45 per cent).

Regarding imports, among the suppliers from Mozambique, South Africa (21.07 per cent), the United Arab Emirates (20.42 per cent), China (8.15 per cent) and India (7.69 per cent), with the most traded products being: electricity, organic agents, petroleum oils, cement, automobiles, insecticides, bicycles, rice and wheat.

President Nyusi stressed out the effect of LNG exports on the balance of trade, and the improvement of the public accounts through tax revenue and profit sharing. Indeed with the new exports and shipments, Mozambique exports will surely turn around.

Fall of employment in Tanzania agriculture sector, a good sign?