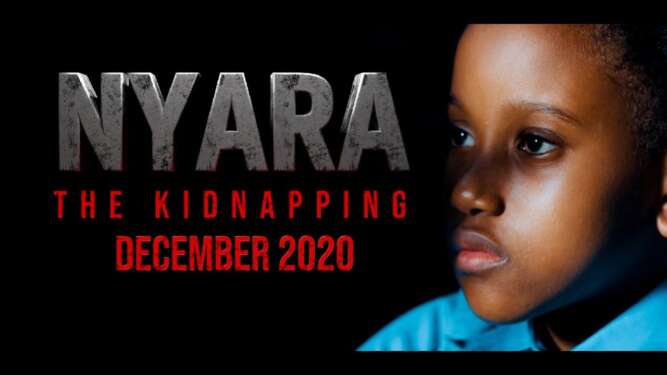 Nyara: The Kidnapping is set to hit the theatres and spike the Tanzania audience YouTube:Exchange

It has been while since the Tanzanian film industry saw a movie like Nyara a high budget crime movie made in Tanzania screened on a cinema.

by Padili Mikomangwa
in Industry and Trade, Tanzania
0
Share on FacebookShare on LinkedIn

Tanzanians love African Movies, they adore Tanzanians films, so as everyone else whether it is shown on cable or Netflix and more importantly Tanzania film industry has been taking rather unique stages of growth.

Tanzania has seen a steady increase in the production, dissemination and recognition of its very own performers across the world stage.

Filmmakers with a peculiar taste such as Vincet Kigosi, Amil Shivji, and Nicholas Marwa have been demonstrating their untamed potential to the world with their stellar movies captivating thousands.

However, the industry is yet to scratch the surface, and more importantly, the industry has elevated at the right time when international industry stakeholders such as NetFlix are hungry for raw, creative and extraordinary content, and Tanzania is rich in all of those.

On Tuesday 29th December, another milestone has been made in the Tanzania film industry, Nyara a locally financed (more than $86240) film was premiered in Dar es Salaam, which is said to be a catalyst to spike other filmmakers to come forward with their ingenuity, which has been rather missing for quite a while.

The crime thriller which took three years to shoot and abundant time for research hit the theatres with rather big expectations on enticing local moviegoers and stakeholders.

Nyara stands as a symbol of greatness, to say the least as the film director argues that, they had to get the content right and present a new taste missing in the game.

This talk-of-the town thriller, came after the government of Tanzania brought new tight rules and regulations guiding the screening of different art forms across Tanzania on August this year, after running on outdated frameworks since 2011.

READ:Africa’s entertainment industry: The Golden Egg of the Continent’s economy

Nyara is an inspiration to the Tanzanian audience. Shot entire in Dar es Salaam, in high quality, it presents new dawn to the industry, especially after a series of changes made to the regulations and rules governing the sphere.

“After a careful review which involved the ministry, we agreed that we should reignite the culture of cinema-going across the country and that meant that local filmmakers should make films that fit the requirements of the widescreen,” said Dr Kiagho Kilonzo of the Tanzanian film board.

Locally now as Swahiliwood or BongoWood, the industry began taking its baby steps to say the leas tin 2001, whereby local filmmakers emerged with their detailed craft. George Tyson, was one of the pioneers with his iconic film Girlfriends that spiked the industry rather further.

Media For Development International (MFDI), which is one of the huge stakeholders in the Tanzanian film industry with internationally acclaimed art-works such as Siri ya Mtungi, Fatuma, and Chumo, noted that by the time movies were produced with low budgets, short schedules and camcorders are referred to colloquially as “bongo films” and are mass-released in DVD format.

Further, the organization respected highly among Tanzania filmmakers came to support local players as in 2011, bongo films were produced on a regular basis, but only a few Tanzanian feature films have been released in cinemas, with great standards.

However, the industry is yet unveiling its core identity as Tanzania’s history binds the art form with the remnants of the British colonialists, which includes the production of commercial films and government-funded instructional films, according to a 2013 research executed by Mona Mwakalinga.

READ:Kenya entices bollywood firms to shoot movies in the country

Nyara presents hope, ability and talents present for Tanzanian filmmakers. With it’s mesmerizing colour grading, camera movement, original soundtrack, it is with no doubt it will inspire the entire movie business line.

The next coming years could be great for Tanzania filmmakers as on July 2020 the government paved another smooth way for filmmakers after introducing new regulations in the industry, which resolve operation costs, copyrights and financial setbacks.

Hence, unlike the music industry which has been transforming rather fast compared to the film arena, a large number of critics have smashed local films for their dull art-forms.

Thus, the former Ministry of Information, Culture, Arts and Sports Dr Hassan Abbasi said the reduction of filming permit fees is meant to help actors and film-makers to produce many movies of high quality.

“I want you (film-makers) to use the remaining Sh450, 000 ($194)on improving the quantity and quality of your films. Make sure colours, sounds and locations are attractive enough to convince people to like what you do,” he said.

Nyara is well shot, edited and choreographed. This means it has packed itself perfectly for industry buyers, specifically Netflix which is hungrier for content and just discovered amazing African content (such as South Africa’s Queen of Sono), and has fewer subscribers in Africa nearly 1.4 million subscribers according to Statista.

However, as Netflix anticipated to ramp up the numbers to about 5 million by 2025, there is ample room for Tanzanian filmmakers to get their fair share of the cake.

READ:New Dawn: African Cinema on the brink of a Golden Age