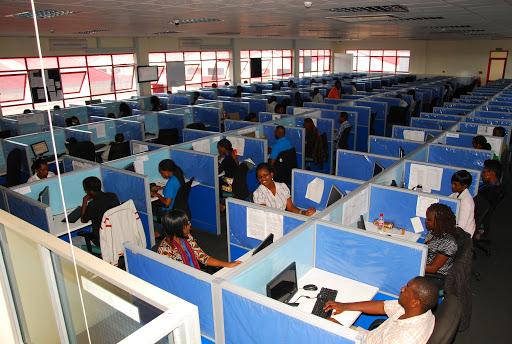 Is outsourcing Africa’s next frontier?

Africa is primed for tapping outsourcing as an employment creation strategy

Telecom providers are growing in Africa creating greater access to internet technology across the continent.

In addition, many African countries are increasing their internet speeds creating an opportunity for the world to outsource to Africa. The continent’s population is largely youth with estimates showing that almost 60 per cent of Africans fall into this category going by 2019 estimates. This effectively makes Africa the world’s youngest continent where the average age is 25.

The biggest challenge for the continent is youth unemployment which is a ticking time bomb. Unemployment has been a big talking point but not much has been done to move the pin towards substantive employment for the youth who remain in the grim under-employment statistics.

By 2030, nearly a third of the global youth labour force will be in Africa.   Proportionate to the 10 to 12 million youth entering the workforce each year, only three million formal jobs are created in Africa.

This has worsened with the Covid-19 pandemic which has exacerbated the unemployment trend.  According to World Economic Forum (WeForum), informal worker incomes in Africa dropped by 81 per cent.   Statistics show that 85.8 per cent of employment and 95 per cent of youth employment in Africa is informal.

The International Labour Organisation’s (ILO) definition of informal employment is “employment without legal or social protection”.  Under this definition, the work is often low pay, with erratic hours, uncertainty and usually unsafe working conditions.

However, with all the grim prospects, the continent can turn this around and create sustainable employment for its youth.

Africa is primed for tapping outsourcing as an employment creation strategy which could become an option to pull youth from the dangers created by unemployment or underemployment.

The advantage is that businesses from around the world can capitalize on available resources, products, and services of other companies in Africa which can help create the much-needed jobs for Africa’s majority.

Leveraging on IT outsourcing, Kenya, South Africa, Nigeria, Egypt and Morocco are among the countries that are the most recognized. Projections show that Africa could replace India, China, and Southeast Asian countries for outsourced IT labour. This is a silver lining for Africa’s dire unemployment menace but governments have to do more to make tapping this resource a reality.

Why Africa is an ideal outsourcing destination

The fact that Africa’s population is largely youth means that the continent offers a wide array of talent which is available at competitive rates in comparison to other destinations like Asia.

Already, companies outsourcing to Asian countries are feeling the pinch since the region is rapidly increasing costs. Countries like India which have been at the forefront of receiving outsourced jobs are losing out due to costs and high attrition due to labour shortages.

With this reality, Africa offers a strong alternative to the world for outsourced work.

Another advantage for African countries tapping into this resource is language capabilities. Most African countries are connected to Europe and other parts of the world due to their colonial history. With diverse European languages spoken on the continent, companies in non-English-speaking countries should look at Africa as a good choice for their needs.

The languages spoken in Africa include English, Spanish, German, Italian, French, Portuguese and Dutch (Afrikaans). As such, companies seeking to outsource have a wide spectrum to choose from.

Even though Asian countries still remain favourite outsourcing locations and take a huge piece of the pie, African countries are progressively becoming competitive hotspots. Governments can help their countries leap through the global outsourcing list by ensuring that the infrastructure required is available.

Fuelled by its young population, Africa is the fastest-growing continent on the planet thus African countries should focus on ensuring that the opportunities offered by outsourcing do not pass the continent by.

Six out of the 15 fastest-growing economies in the world are in Africa and this can translate into better opportunities for youth who can offer cheap labour. Governments should thus strive to improve infrastructure and growing investment appetite for international companies.

African governments should increase investment incentives to enable the modernisation of ICT infrastructure which will allow increased technology adoption where data analytics and cloud computing can lure investors to create these much-needed opportunities.

While outsourcing goes to the most affordable, the reality is that it will go a long way in pulling millions of African youth out of poverty. This will translate into better economies as the youth become productive.

In Ethiopia, technology is part and parcel of the country’s economic and social transformation. The nation is leading in technology development and support with companies like EdTech and Gebeya trailblazing the outsourcing sector.

Nigeria is Africa’s most populous country and is home to a large, young and dynamic workforce. The country has become a major outsourcing destination serviced by hundreds of thousands of English-speaking university graduates who join the labour pool each year.  The government of Nigeria is actively working to increase the flow of clients into the country including working on regulations and policies to help grow this sector.

South Africa has managed to tap economic opportunities in good time and even with outsourcing, the country is keen on becoming a leading destination. The country is ideal for outsourcing solutions due to among others, its skilled labour pool.

In the East, Kenya has been a trailblazer on outsourcing in the continent. The country has numerous outsourcing companies which cover multiple sectors.

Ghana is particularly attractive to companies seeking to outsource technology development and support tasks. The West African nation has a business-friendly regulatory and tax environment and enjoys government support for the industry. It also has a robust IT infrastructure that has created a thriving outsourcing ecosystem.

Mauritius, a small island nation off Africa’s southeast coast is considered Africa’s most politically and economically stable country and with its highly developed infrastructure and a high number of English and French speakers, the country is an ideal outsourcing destination.  In addition, Mauritius has a business-friendly tax regime which is a boost to investors.

Known for its scenic beauty especially in animated movies, Madagascar enjoys the fastest internet in Africa and offers a competitive cost of labour from the large Francophone population. This has enabled the establishment of many outsourcing companies.

With the outsourcing success noted in these African countries, there are several other opportunities that remain to be tapped. The world can definitely look and turn to Africa and outsource its services which will see the continent narrow its unemployment gaps.