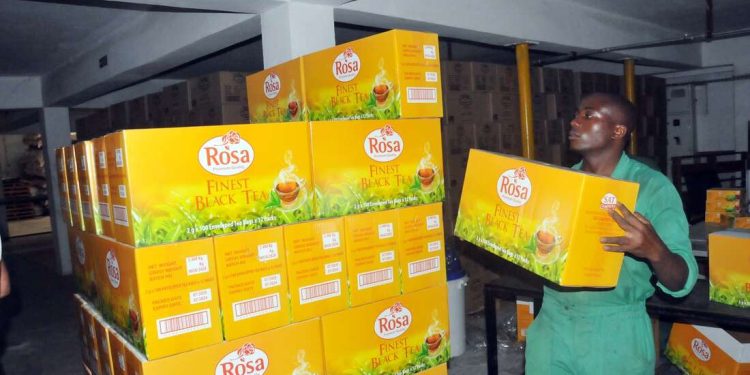 Pakistan overtook Uganda as Kenya’s biggest export destination in the first quarter of the year, boosted by growth in tea exports.

As a result of increased tea shipments, Pakistan surpassed Uganda as Kenya’s primary export market during the first three months.

Compared to the same time period in the previous year, exports to the Asian nation reached Sh13.87 billion, representing a 21.5 per cent increase to Sh16.86 billion.

The total value of goods shipped to Uganda over the period increased by a meagre 0.4 per cent, reaching Sh16.68 billion.

It is projected that Pakistan’s volume of purchases of Kenyan tea will increase after it eliminated the 0.5 per cent attestation payment that was levied on tea exports by Pakistan in August 2021. Pakistan is now the leading customer of Kenyan tea and Kenya’s biggest export destination so far.

Concerned parties in the tea industry had campaigned for years for the elimination of the charge, which increased the price of Kenyan tea in Pakistan relative to the cost of beverages imported from other nations.

Other major export destinations comprised the Netherlands and the United States of America, both of which accounted for purchases of 15.83 and 14.78 billion shillings, respectively.

A jump in imports, led by gasoline and industrial supplies, caused the country’s trade deficit to widen over this time period by Sh34.2 billion, which is equivalent to 10.8 per cent of the country’s GDP in the first quarter.
In spite of a 26.3% increase in exports, the country’s import bill increased by 16.6% to a total of Sh591.6 billion, increasing the trade disparity to a total of Sh351.54 billion.

Additionally, because of the hostilities between Russia and Ukraine, the supply of palm oil, wheat, and petrol has been disrupted, which has led to an increase in the price of these commodities.

Imports of petroleum and lubricants, as well as industrial goods, increased by 64.2% to 126.1 billion and 17.2% to 237.1 billion, respectively, which contributed to the widening of the deficit, which was reported at 317.3 billion during the same period of time the previous year.

The value of Pakistan’s exports to Kenya in 2020 was $234 million. Rice ($132 Million), Used Clothing ($25.5 Million), and Packaged Medicaments ($9.2 Million) were the three most important products that Pakistan exported to Kenya.
According to the United Nations COMTRADE database, Kenya imported US$249.53 million worth of goods from Pakistan in 2021.

In the year 2021, Kenya had sales of US $484.99 million to Pakistan. Tea (with a value of US $469.1 million), dried legumes, and scrap vessels were the primary commodities that Kenya sold to Pakistan. According to the United Nations COMTRADE database on international trade. Kenya Exports to Pakistan. At present, Pakistan has become Kenya’s biggest exports partners, this puts trade relations between the two countries in Kenya’s favour.

Kenya Exports to Pakistan in 2021

If Kenya were to relax its SPS regulations in favour of Pakistan, Pakistan has stated that it would show its gratitude by increasing its imports of red beans and avocados, both of which have a quality that is suitable for the Asian nation.

Farmers in Kenya who have been having trouble selling their produce on international markets as a result of restrictions were given a bit of a break when the Pakistan High Commissioner to Kenya, Saqlain Syedah, stated that her country is prepared to absorb all of Kenya’s mangoes throughout the entire year.

According to Syedah, Pakistan is only able to grow the fruits for three months out of the year; as a result, there is a significant demand for mangoes during the off-season.

Other areas of collaboration

A Memorandum of Understanding (MoU) on problems of standards between the Kenya Bureau of Standards (KEBS) and the Pakistan Standard Quality and Control Authority (PSQCA).

Concerning matters pertaining to plant health, both parties have reached an agreement to strengthen their collaboration in the areas of distinctness, uniformity, and stability (DUS), as well as the preservation of plant varieties, the assurance and enforcement of seed quality standards, and exchange programs to improve learning from experiences.