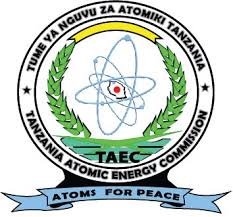 In Sub-Sahara Africa, the country is only second to South Africa in this frontier and has already begun the first phase of construction works.

Tanzania has set regional precedence by establishing an atomic energy commission and gone ahead to start construction of a state-of-the-art laboratory designed to manage use of radioactive materials.

It may come as a surprise to you as it did to me to learn of this rather unsettling development; a third world country building an atomic management laboratory to rival world standards. Well, that is the case until you learn that this third world country is also gearing up to start mining uranium.

This explanation is plausible, as we have been predisposed to this reality by Hollywood blockbuster movies where uranium and other radioactive materials are almost always dug up from some Godforsaken corner of the planet (or outer space for that matter).

However, what you definitely do not expect to hear or see is a third world country constructing a state-of-the-art enrichment plant. That is because we are again predisposed by Hollywood fiction to assume uranium enrichment is for some apocalyptic reason by a mad scientist or a power-crazed terrorist.

For all scientific purposes, uranium and other radioactive elements as well have numerous medical and commercial uses that improve the wellbeing of the communities that apply them. For example, since uranium provides the cleanest or shall we say, ‘greenest’ form of renewable energy, it is an excellent source of affordable energy.

For a low income nation like Tanzania, that is aiming to achieve middle income status in the next five years, uranium generated electricity will serve to power this industrial revolution. In the medical field, instead of Tanzanians and most East Africans spending millions of dollars travelling to India every year for cancer treatment, radiology can be administered affordably in the country.

The lab will also be a research and training institute for radiation and nuclear science. With completion of the lab, Tanzania Atomic Energy Commission(TAEC)will be able to better test and calibrate radiation detection equipment and will serve numerous centers in and out of the country. Most of these agencies/centers that deal with radiation and atomic energy in and around East Africa until now had to send samples to South Africa for testing.

Tanzania began its nuclear energy ambitions since its very first administration under Father of the Nation, the first President of Tanzania, Mwalimu Julius Nyerere. The renowned philosopher signed what was known as the Protection from Radiation Act back in 1983.

That Act was meant to control the use of radioactive material and for protection against potential threat that may result from enrichment, ionizing programs. The Act was administered by the National Radiation Commission (NRC).

Since the 80’s Tanzania had the legal framework to oversee not only the use of radioactive materials but also to build and operate processing plants as well as manage the importation and operation of nuclear installations.

Through NRC, Tanzania carried out ionization of radioactive material for medical and industrial applications. NRC was responsible for licensing importations, atomic and other radioactive plants and related installations.

In 2003, the Tanzania Atomic Energy Commission (TAEC) was formed following repeal of its predecessor, the Protection from Radiation Act No. 5 of 1983 and in effect TAEC replaced NRC.

Safety and protection of nuclear development

Like, NRC, TAEC shoulders the responsibility to control use of ionizing and non-ionizing radiation sources and most importantly, the safe and peaceful applications of atomic energy and nuclear technology.