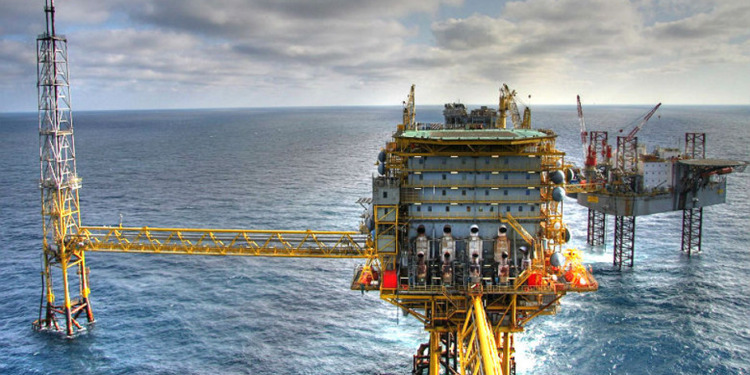 The landscape of Mozambican oil and gas development is, therefore, one dominated by foreign investments and multi-national joint ventures. While this could result in significant investment pouring into the country, questions remain as to how much of this will trickle down to local people

Foreign oil majors have taken a recent interest in Mozambique, but the new facilities are facing challenges beyond the usual social and environmental risks associated with such projects. An Islamic State-aligned insurgency group has attacked Total’s record-breaking investment in the area, raising questions about energy and personal security in the country.

In recent years, Mozambique’s Cabo Delgado province has shot to the forefront of the global oil and gas sector. Discoveries made by US energy firm Anadarko and Italian company ENIhas revealed that more than 2.4 trillion cubic metres of gas off the country’s eastern coast, have attracted the attention of some of the world’s largest oil companies, with Shell, BP, and the China National Petroleum Corporation (CNPC) all making moves in the area.

However, the discovery has come at a cost, with local people displaced by the sudden influx of large-scale industrial operations and the usual concerns over environmental protection. The situation has been made even more precarious by the outbreak of terrorist violence too, with the Ahlu Sunnah Wa-Jamaas group, allegedly aligned with ISIS, active in the area, sparking a conflict that has killed more than 2,500 people and displaced a further half million.

The government’s response has been to mobilize the army to protect its new natural gas assets, a move that has drawn criticism as the state seems more interested in protecting its lucrative oil and gas projects ahead of its citizens. With the country facing energy and security risks, Mozambique faces a number of challenges to make good on its new lucrative oil and gas potential.

Foreign oil and gas investment is headlined by Total’s $20bn offshore project, dubbed Mozambique LNG, which is a vast facility that aims to produce 13.1 million tonnes of gas a year from 2024, from a reserve of around 60 trillion cubic feet of gas.

The vast project will bring with it a range of infrastructure developments, including the construction of 40km of offshore pipes and a 17,000-acre natural gas processing facility in the port town of Mocimboa da Praia.

Total has drawn attention to the “meaningful social and economic benefits for the province of Cabo Delgado and the country” that the project will bring, including the creation of around 3,000 jobs in construction. While the company has had to evacuate many of these workers as the violence spreads across the region, there is optimism that, in the long-term, the facility will create sustainable jobs for Cabo Delgado.

But Total’s project is not the only major foreign oil project in the country, with ENI, BP, and CNPC all involved in oil and gas projects. ENI, which was among the first to discover oil, operates the Coral South project, which produces 3.4 million tonnes of liquified natural gas per year that is sold to BP.

BP also operates a number of projects in the region as part of a joint venture with Total, including three coastal terminals at Beira, Matola, and Nacala. CNPC has been involved in the $23bn Rovuma project, alongside ExxonMobil, ENI, and a number of smaller shareholders, including Galp Energia.

The landscape of Mozambican oil and gas development is, therefore, one dominated by foreign investments and multi-national joint ventures. While this could result in significant investment pouring into the country, questions remain as to how much of this will trickle down to local people, and it creates an unusual power dynamic where much of the money and power in the area rests with foreign companies, rather than local or the national government.

Total’s project is the largest foreign investment in Mozambique, but has come under intense pressure from insurgency fighters, with Mocimboa da Praia temporarily falling under rebel control in August last year.

Both the state and Total have acted swiftly to protect the facility, with Mozambican president Filipe Nyusi promoting former defense minister Eugenio Mussa to chief of staff of the military, and the groups’ Cabo Delgado Joint Task Force seeing its numbers swell from 500 to 3,000 following the August violence. Total has also said that it is providing logistical support to security forces under the control of the state government, in the form of vehicles, housing, and supplies.

However, the groups’ response has come under fire, with the government accused of prioritizing protecting its oil and gas projects over people.

Indeed, there are fears that the presence of foreign security forces around oil and gas operations could further the insurgents’ agenda by unbalancing the power dynamic away from the Mozambican Government. Insurgents can claim that the government has abandoned its people in favor of protecting foreign assets, drumming up more support for the insurgency.

The violence has come on the heels of a number of other crises to hit Mozambique, including the Covid-19 pandemic and 2020’s Cyclone Kenneth. The combination of disasters has left more than one-fifth of the country’s population without food and the UN calling for around $254m in donations to support more than one million people worst hit by the crises.

While the government is not to blame for the breadth of the challenges facing the country, there are concerns about the long-term efficacy of its response.

These challenges have been compounded by many of the more conventional environmental and social disruptions associated with large-scale industrial development. Local people who have lived in coastal regions of Cabo Delgado for generations have been relocated miles inland to accommodate the offshore projects, disrupting peoples’ ways of life.

This is especially significant considering how heavily Mozambique relies on fishing and farming for its economy, two sectors reliant on people working fixed plots of land. Data from the World Bank shows that around 70% of the country’s workforce is employed in agriculture and Mozambican fishing exports accounted for $42.4m in 2017.

According to the law firm Leigh day, the construction of Total’s project is expected to increase the total greenhouse gas emissions of Mozambique by 10% in 2022, to say nothing of the long-term environmental damage associated with constructing the facility’s related infrastructure.

Total has, for its part, complied with all necessary environmental regulation, including the completion of an environmental impact assessment, but even this documentation highlights a number of potentially destructive impacts.

The report points to “long-lasting effects, extending decades or longer” for local fauna and notes that the sediment around the drilling points is expected to be disrupted, as is the case with any large-scale drilling operation.

Mozambique has also experienced a number of external environmental pressures, the consequences of which are unlikely to be alleviated by the country’s newfound interest in oil and gas development. A report from the WWF highlighted a number of underlying environmental challenges, such as water pollution drawn in from the Arabian Gulf and the reliance on trees for the country’s largely rural population. Similarly, last year, tropical storms killed 440 people and flooded thousands of square kilometres, posing another series of environmental challenges.