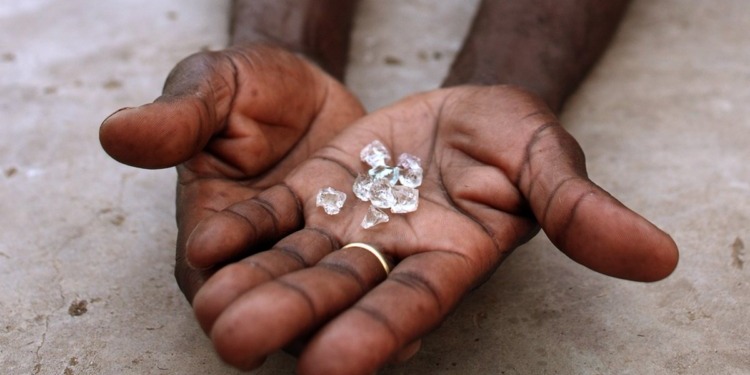 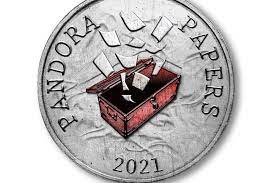 It is common practice for the world’s elite scammers to set up offshore shell companies and stash stolen millions in Swiss accounts. However, when the offshore company is opened by a Russian legal firm in Seychelles specifically to trade in diamonds for a Zimbabwean former defence secretary who is relative to the incumbent president, then it raises eyebrows.

Have you heard of one Martin Rushwaya, probably not? Let’s just say he is a little more than a personal interest. First, he is Zimbabwe’s former defence secretary and the current Deputy Chief Secretary to the President and Cabinet, and also cousin to Zimbabwe’s sitting President Emmerson Mnangagwa.

Why is this important? Well, Rushwaya is the tycoon who ten years ago commissioned a Russian firm to open the embattled offshore diamond trading company Greatgem Corp. in Seychelles.

Greatgem Corp. is the centre stage of the recently leaked Pandora Papers: an anonymous leak of more than 11.9 million documents from the databases of 14 corporate service providers that set up and manage shell companies and trusts in tax havens around the globe – International Consortium of Investigative Journalists (ICIJ).

He is also listed as a director of Zimbabwe’s biggest diamond mining company, Anjin Investment (Pvt) Ltd. Which according to the leaked documents is ‘an intricate web of Chinese and Zimbabwean military networks and was designed through front or nominee companies to camouflage the involvement of security forces.’

See Zimbabwe is such a paradox, on one hand, it is considered one of the world’s poorest nations incapacitated by the long-standing US sanctions, yet allegations maintain that through the hands of its very own government officials, the country is bleeding out millions of dollars annually in corrupt diamond tradings.

What these diamonds are funding is an assignment for the popular, very abbreviated and supposedly very well apt US secret services or UK’s M16 or maybe this is a job for the ‘King’s Men’ better yet, this might be a task for the Justice League for indeed it seems out of this world.

One thing is for sure, the details of this web of deceit and robbery of national treasures at the expense of millions of starving children are nothing short of material for a blockbuster.

I find it necessary to highlight the fact that it is not just diamonds being smuggled out of Zimbabwe but gold as well. The string that attaches this dark web of smuggling is again wound out by government officials.

Only last year, another Rushwaya, this time Henrietta Rushwaya (cousins), Head of Zimbabwe Miners Federation was held at Harare Airport for allegedly attempting to smuggle 6kg of gold valued at £280,000 which, wait for it, she was casually carrying in her handbag!

Zimbabwe boasts some of the world’s largest deposits of diamond, and sanctions or not, great world powers of the world want a piece of this forever glitter, and they are getting it.

To get their hands on Zimbabwe’s diamond, they conspire with the country’s top government officials and according to the leaked papers, the corruption runs deep, all the way to the very executive.

Makes you wonder, what is hurting the Zimbabwean people more, the US sanctions or the internal usurping of millions of dollars by corrupt government officials and their international partners in crime.

Zimbabwean diamonds go for as high as USD12 000 per carat. To get a picture of how much this racket is worth, consider report findings that have revealed that 350 000 carats of round diamonds worth an estimated USD140 million dollars have disappeared from the Minerals Marketing Corporation of Zimbabwe (MMCZ) and the Zimbabwe Consolidated Diamond Company (ZCDC) repositories.

The recently released 2019 audit report by Auditor-General Mildred Chiri, revealed that both the MMCZ and ZMDC cannot account for up to 350 000 carats of diamonds that were kept in their vaults.

“In 2019, 297 660, 41 carats of diamond stock held at MMCZ was not counted at the time of the stock count. These parcels were packed for customers and held at MMCZ. However, at year-end, during the stock count, these stocks were not included in closing inventories,” reads the audit report in part.

“In 2018, 41 699 85 carats of diamond stocks held at MMCZ were excluded from the stock count. It was assumed at the time that these stocks had been sold to customers. An additional 13 222, 85 carats were excluded from the final stock sheet in error,” details the report, now multiply that by saying the 10 years since Greatgem Corp. was formed the accused government executive Rushwaya.

Now, if you are thinking ‘damn these corrupt African leaders,’ I suggest you extend the prejudice further across the continent’s borders, across ‘the 7 seas’ to the Arabian Peninsula and even beyond, over the Great Wall of China and across the frozen Arctic desert to Russia and the Czech Republic.

Generally speaking, in the Pandora Papers, some key world leaders are implicated and they include untouchables like King Abdullah of Jordan, Czech Prime Minister Andrej Babis and several figures identified only as ‘associates’ of Russian President Vladimir Putin and even Kenya’s President Uhuru Kenyatta. Some 35 current and former presidents and world leaders and more than 300 public officials are incriminated in the leak.

US Sanctions On Zimbabwe Illegal – China

As of 2003, the US imposed sanctions on Zimbabwe against alleged ‘government-sponsored violence that threatened regional security.’ The sanctions included financial and visa sanctions that were imposed on selected individuals, then there is the ban on transfers of defence items and services along with a ban on any non-humanitarian government-to-government assistance.

There has been a lot of backtalk against the US-led sanctions on Zimbabwe that have now prevailed for 13 years and counting. First from Zimbabwe’s new regime that argues the sanctions were valid during the ousted Robert Mugabe reign and no longer hold water, then you have the African Union, the continent’s federal government, which has on several occasions openly called for immediate removal of the sanctions. In fact, Africa has even formed an anti-Zimbabwe Sanctions Day.

On an interesting turn of events, now you have the international community also speaking against the US sanctions on Zimbabwe and the most outspoken of these has been none other than the US top economic rival, China.

Boldly and bluntly, China has described the US-led sanctions as illegal and a violation of international law and human rights.’ The Chinese embassy in Zimbabwe via its Twitter handle, @ChineseZimbabwe, has joined the call against the US sanctions on Zimbabwe.

“Unilateral sanctions violate international law, sovereign equality, human rights and hurt the people. 13 years ago, China said NO for Zimbabwe. Today, we continue to call for the complete and immediate lifting of all unilateral coercive measures. #RealDemocracy #ZimSanctionsMustGo,” the Chinese embassy tweeted.

The Sino rally against the US sanctions was aired during the third anniversary of anti-Zimbabwe Sanctions Day (Oct 25). The event was themed; “Friend to all, enemy to none: Forging ahead and enhancing innovation and productivity in the adversity of sanctions”

During this year’s anti-Zimbabwe Sanctions Day, Zimbabwe’s President Emmerson called for the unconditional removal of the sanctions and hailed the Southern African Development Community (SADC) and the whole of Africa for speaking out against sanctions and setting October 25 as a day to collectively call for their removal.

The cost of insufficient and disorganized Russia's African lobbying