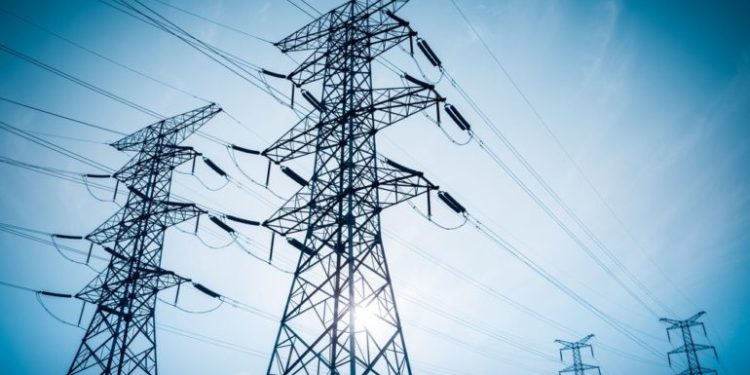 Zambia to export 100MW of electricity per month to struggling neighbours.

“This was the same deal I referred to last week as the one where power from Kafue Gorge Lower (power plant) would be exported to Zimbabwe and Namibia through deals signed in the last few months,” he said in a statement.

According to Xinhua, Zambia recently declared a surplus of 1,156.8 megawatts following the commissioning of four out of five generators at its 750-megawatt Kafue Lower Gorge Power Station.

Zambia has also welcomed plans by South Africa to import power to meet its power needs.

South African President Cyril Ramaphosa said recently that his government would consider importing power from Zambia to address the energy crisis the country was facing.

Minister Kapala said the move will increase the ready market for Zambia’s surplus power, adding that plans were also underway to interconnect the power grids with Angola.

According to a related article by CGTN dated April 13, 2022, Zambia will start exporting an additional 80 MW of electricity to Namibia following an agreement signed by the utility companies of the two countries in Lusaka.

Zambia’s Zesco Limited and Namibia’s Nampower signed a power supply agreement for the export of an additional 80 MW in addition to 100 MW being exported after the first agreement was signed in 2020.

Victor Mapani, the Managing Director of Zesco Limited, said the signing of the agreement demonstrated the continued cooperation and trust between the two utilities.

According to him, being a member of the Southern African Power Pool has created opportunities for Zesco to play a major role in trade in the regional power blocks.

Meanwhile, the power export deal between Zimbabwe and Zambia has a three-to-five-year tenure, and negotiations were premised on Zimbabwe making pre-payments for the 100 megawatts of US$6.3 million per month.

The Zimbabwe Electricity Supply Authority (Zesa) requires US$17 million per month for power importation to augment local supplies, which are set to receive a major boost with the coming on line of Hwange units 7 and 8 extension project progress, executive chairman, Dr. Sydney Gata said.

Zambian Energy minister noted that neighbouring Zimbabwe was currently facing an electricity shortage due to depressed degeneration at its power plants.

According to an article by Bulawayo24 published July 24, 2022, the Zimbabwe power shortfall was worsened by depressed generation at Hwange and Harare thermal power stations, including the loss of a unit that produces 125MW at Kariba Power Station.

“We lost one unit at Kariba Power Station, which produces 125MW, that is unit 6, and the fault that was detected requires that the thrust bearing be taken to South Africa, and the bearing will be brought back on August 12.

“We also had challenges from Hwange, but we have since recovered two units,” he said.

“That Zesa has unlocked some 300MW in imports is a welcome development, and as an industry, we expect that to start feeding into the industry, and (we) also hope that it’s a firm arrangement,” he said.

“Whilst the 300MW is welcome, we need to hear from the power utility when 2 100MW will be sustainably supplied and also to grow in line with demand growth.”

Last week, the biggest power generation plant in Zimbabwe, Kariba South, was generating only 758MW against an installed capacity of 1 050MW.

Hwange Power Station was generating 411MW against an installed capacity of 920MW.

Completing Unit 7 in November this year and Unit 8 at Hwange Power Station by March next year will add 600MW to the grid and help ensure reliable and sustainable supplies to meet growing demand.

Meanwhile, ZESA can now legally incorporate drones in its service delivery. This announcement was made at an event the national power company held to mark its acquisition of a Remotely Piloted Aircraft Operator’s Certificate (ROC).

“This will enable a quicker turn-around in fault finding and rectification, resulting in the continuous and consistent provision of electricity to our customers. Drone technology will also assist ZETDC in its fight against vandalism and electricity theft.”

ZESA is battling many challenges, including incessant faults, mainly emanating from ageing power distribution infrastructure. This has seen the country grappling with endless power cuts.

“Drones are key in Zimbabwe’s electricity market digital disruption as they create opportunities beyond the traditional way of doing business, provide non-traditional solutions and simplify the electricity generation, transmission, and distribution processes,” he added.

Through Statutory Instrument 131 of 2022 ZESA can now bill exporters of goods and services in US dollars, euros, or any other foreign currencies. Exporters affected by the new regulations are those that export on average 80% or more per quarter of the total output of goods and services produced or provided in Zimbabwe.