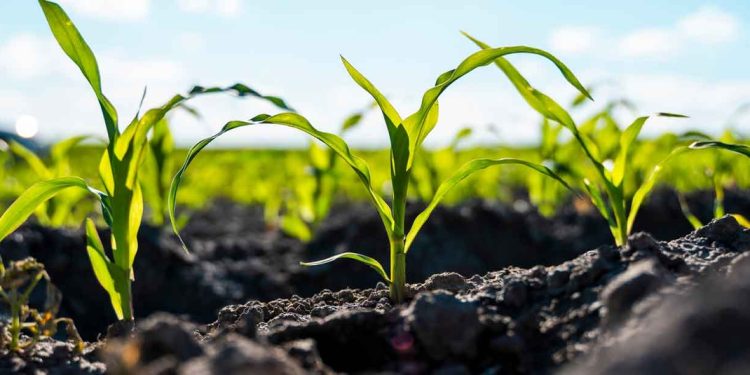 Togo is working to improve its food security and the resilience of its small farmers in the face of the consequences of the conflict between Ukraine and Russia, which has resulted in skyrocketing increases in the price of basic foodstuffs and agricultural inputs.

Towards this end, the African Development Bank (AfDB) Group gave Togo a budget support package worth US$5.39 million on July 15, 2022.

“The budget support that our AFB group has just granted is to assist the government in its effort to support vulnerable small-scale farmers. It is expected that the rate of fertiliser usage will decrease, which will have a negative impact on future agricultural productivity as a direct result of the sudden rise in fertiliser prices and the challenges that small, vulnerable producers have when attempting to buy fertilisers,” said Wilfried Abiola, AfDB Group’s Country Manager.

Because of this funding, about 25,500 farmers, of which 40 per cent are women, will get 500 tonnes of certified climate-resistant seed and 7,700 tonnes of fertilisers to use on their land.

In addition to this, these farmers will be assisted in the development of an additional 25,500 hectares of land, and they will be provided with agro-climatic information regularly to assist them in combating the consequences of climate change.

Over the course of the two agricultural seasons that will comprise 2022 and 2023 in Togo, the country anticipates producing an additional 37,500 tonnes of grains. The food and nutrition security of approximately 120,000 additional people will be improved.

The National Food Security Agency, Management Pool and Agricultural Input Supply, the Advisory and Technical Support Institute, and the Agricultural Financing Incentive Mechanism are just some of the organisations that benefit from the comprehensive capacity-building component in the works for the Togolese agricultural sector.

The AfDB Group launched a US$1.5 billion African Emergency Food Production Facility on May 20, 2022, to address the effects of the war between Russia and Ukraine, leading to soaring food prices worldwide. The facility aims to provide agricultural seeds to 20 million producers across Africa.

This facility was launched in order to address the effects of the war between Russia and Ukraine, which has led to soaring food prices worldwide (wheat, rice, maise and soybeans). Over the following two years, the objective is to increase food production by an additional 38 million tonnes, which would be worth US$12 billion.

Earlier this month, Sani Yaya, who is the head of the finance ministry, disclosed Togo inflation is rising as an effect of Russia’s war on Ukraine inflation during a meeting of the National Credit Council of Togo (CNC), which includes the country’s bank and other financial actors.

“Since the end of February, as you are aware, the world has been shaken by geopolitical tensions caused by the conflict that is taking place between Russia and Ukraine. The post-Covid-19 rehabilitation plans have been thrown off because of this,” said Yaya.

“This conflict is directly harming economies through trade and indirectly through its impact on rising energy prices and imported food products,” he continued.

The Roots of Togo’s Hunger Problem

The drop in phosphate demand contributed to Togo’s economic difficulties. Phosphate is a natural resource abundant in the country. Togo’s economy was based on the uncommon mineral for most of the nineteenth century, but since the early 2000s, phosphate prices have risen while sales have declined. As a result, the republic, like many of its neighbours, is now reliant on agriculture.

The agricultural sector of the economy does not receive appropriate assistance due to the rapid movement between the two sectors. In fact, just 16% of farms in Togo now utilise fertilisers, implying that they are inefficient. Farms also account for only 2% of all bank loans in the United States, indicating that farmers are not investing in technology to better their businesses in the long run. Agriculture accounts for roughly 40% of the Togolese Republic’s economy. This field lacked the readiness to support so many people economically, which is one of the reasons why 58 per cent of Togolese people live in poverty.

The Numbers Behind Togo’s Hunger Crisis

Hunger is a byproduct of poverty. The Global Hunger Index ranks Togo 81st out of 117 countries. Currently, 16.1 per cent of the population is malnourished. The Togolese Republic has reduced its hunger rate from 32% in 2001 to 12% now. It had successfully stabilised its hunger rates, with average nutrition around 280 kilocalories and continuously lower than a healthy population over the last decade.

Despite this, approximately 30 per cent of children under the age of five suffer from chronic malnutrition, with surges of up to 43 per cent in the Savannah region, where the dry, hot climate exacerbates hunger and poverty.