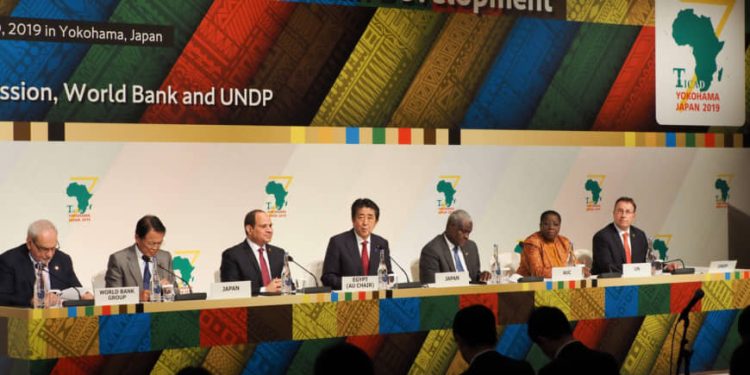 Japan invests in Africa through the TICAD8 in Tunisia this year. [Photo/AFP]

Japan pledged to invest US$30 billion in Africa: US$10 billion in infrastructure growth, while an extra US$20 billion will be invested by Japan's private sector.

There has been a common trend in Africa where powerful countries are competing on their influence in the continent, and Japan is fast-rolling its sleeves!

The government of Japan will hold a TICAD Ministerial Meeting online on March 26 and 27, chaired by Japan’s minister of foreign affairs, Hayashi Yoshimasa, ahead of the 8th Tokyo International Conference on African Development (TICAD8), to be held on August 27 and 28, 2022. Several other follow-up meetings at ministerial and senior official levels will be held before TICAD8.

The Tokyo International Conference on African Development (TICAD) will house many participants, including foreign ministers from African countries, who will discuss priority issues for African development as countries recover from the pressure exerted by the COVID-19 pandemic in the last two years.

Read: World: Japan to invest US$42 billion in India to boost economic ties

Japan, through this meeting, targets to affirm the cooperation between Japan and African countries. The conference has been in place since 1993, co-hosted by United Nations(UN), United Nations Development Programme (UNDP), World Bank and African Union Commission (AUC).

TICAD8 will happen in the Republic of Tunisia, the second country in Africa to host the meeting after Kenya in 2016. During the TICAD6 meeting that was held at the Kenyatta International Convention Center in Nairobi, Kenya, Japan pledged to invest US$30 billion in Africa: US$10 billion in infrastructure growth, while an extra US$20 billion will be invested by Japan’s private sector.

In TICAD6, more than 6,000 people participated in the conference, including 22 presidents, two prime ministers, hosted by the Government of Kenya and co-organized by the Government of Japan, the United Nations Development Programme (UNDP), the World Bank, the African Union Commission (AUC) and the UN Office of the Special Advisor on Africa (UNOSAA).

Read: Renaissance Africa: The economic resurgence of a continent

The Prime Minister of Japan, Shinzō Abe, unveiled that the TICAD7 Initiative would be driven by Entrepreneurship, Enterprise, Investment and Innovation, which will leverage science, technology, and innovation to unleash Africa’s potential under TICAD’s philosophy of ownership and partnership.

The popularity of TICAD is growing with every conference, showing how Japan is cementing its ground to influence the economic development in the African continent.

Africa and Japan are working together to realize Africa’s legitimate aspirations, as reflected in Africa Union Agenda 2063. Agenda 2063 is a strategic framework for the continent’s socio-economic transformation for the next 50 years. It builds on and seeks to accelerate the implementation of past and existing continental initiatives for growth and sustainable development.

The minister for foreign affairs in Japan states that the COVID-19 pandemic has also had a considerable socio-economic impact on Africa; Japan is of the view that now is the time to work together internationally.

TICAD is singling out infrastructure development in Africa and supports the success of the African Continental Free Trade Area (AfCFTA) and job creation for youth as critical areas of focus to expedite Africa’s development. The conference stresses the need to maintain the spirit of inclusiveness and ownership that has always prevailed in the TICAD process.

Japan is targeting to involve all the countries in Africa in this year’s Tokyo International Conference on African Development (TICAD) to promote inclusivity and African development.

Read: Africa freedom, economic or social, is a fleeting mirage